Uniqlo Specializes in Simple, yet Elegant Fashions from Japan 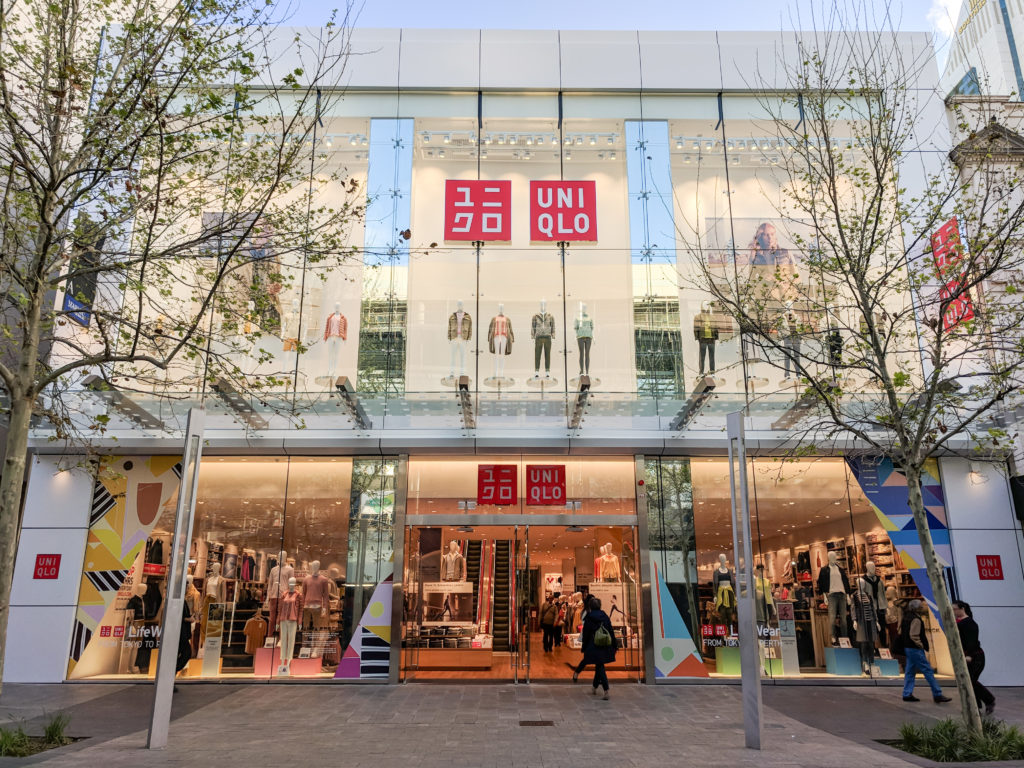 “Unique” and “Clothing”. The two words come together to form Uniqlo’s trademark name, based on the way foreign words are often abbreviated into one. How did it come to be? Well, Uniqlo was founded in 1984 in Hiroshima, under the moniker “Unique Clothing Warehouse”, which adopted the Q due to an error made when registering the brand.

Fashion and style go hand in hand, and the new name was both catchy, and stylish. This was the beginning of an image change for the brand, which led to expansion, and eventually changes in marketing strategies to try and emulate popular and successful clothing outlets found overseas in foreign markets.

During the 90s, Uniqlo stores spread throughout Japan and grew in number. By the second half of the decade, they had changed their model so that they would manufacture their own product, and sell it exclusively within their stores, all based on the idea of “Fast fashion”. The same model is followed by other popular clothing retailers throughout the world, such as H&M, Zara, and The Gap.

Finding success in this model, Uniqlo began to expand overseas in the early ’00s after reaching over 500 stores in Japan, to Shanghai in 2001, and South Korea and New York in 2005.

It took roughly 10 years following that for Uniqlo to spread across North America and open their first store in Los Angeles, as well as Chicago by the middle of the 2010s.

By the end of 2019, they had opened their first North American distribution center and expanded to roughly 50 locations throughout the US, and a dozen or so in Canada.

What Type of Trends Does Uniqlo Direct its Focus on?

Uniqlo operates around following trends to release clothing that is relevant to current styles during the right window, while also maintaining a baseline quality standard and reasonable pricing. All aspects of this model are important in order to produce the best product, and Uniqlo’s reputation for maintaining this balance is honored and respected.

That being said, Uniqlo has made a name for itself and lured in new fans based solely on the fashion appeal of their designs. Uniqlo is known for collaborations with artists and designers that appeal to customers with a wide variety of styles. For the trend-savvy fashionista, there is always something relevant and eye-catching. However, Uniqlo also makes collaborations based on Japanese pop-culture, such as designs based on anime, manga, and video games among other aspects of Japanese culture.

The UT Collection (Uniqlo T-Shirt) is a prime outlet for this, and Uniqlo has collaborated with various outlets since 2014 to bring UT Collection apparel to its customers. One example of such is the collaboration with Japan’s best-known weekly manga anthology, Shonen Jump, in commemoration of SJ’s 50th anniversary back in 2018. Designs from popular manga titles that have appeared in Shonen Jump over the course of its publication, such as Dragon Ball, Captain Tsubasa, and One Piece have popped up in limited runs

Every year, the UT Grand Prix (UTGP) is held, which encourages artists from around the globe to submit their own designs for a grand prize (in early 2019, 2020 with $30,000 on the line was held) and a chance at having their design printed and sold in Uniqlo stores.

In 2019, Uniqlo teamed up with Nintendo and Pokemon for the UTGP to inspire thousands of entries based on the franchise. The Winning design would also potentially gain the right to become a digital item within the Pokemon Sword and Pokemon Shield game for the Nintendo Switch, to be released in late 2019.

The contest was massive in scale and ultimately successful, despite some controversy regarding the winning design having been constructed and sold prior to the contest, an uncommon and unfortunate complication for the UTGP, as the grand prize winner would end up disqualified and his designs ineligible to be used by Uniqlo.

Uniqlo’s designs appearing in Video Games, however, is far from uncommon…

Uniqlo is Style that Extends Beyond Physical Clothing

As part of their marketing and brand recognition, Uniqlo frequently collaborates with culturally relevant brands for promotional events. One such frequent partnership is that of Uniqlo with Capcom, which is of course well known in the Video Game Industry for titles such as Mega Man, Street Fighter, and most recently, Monster Hunter World.

Uniqlo designs appearing in collaborations with Monster Hunter games has been a tradition for years, at this point. As Capcom adds more special quests to their newest Monster Hunter titles

In monthly updates, quest rewards for completing the content often reward armor based on Uniqlo designs, or even in-game t-shirt items based on real-world designs that are available for purchase. In turn, Uniqlo sold designs, such as the Monster Hunter x Uniqlo UT line in their stores last year.

This tradition has existed for years, throughout the 3rd and 4th generations of Monster Hunter titles. However, there have been some limitations on where the DLC is available.

Additionally, Uniqlo recently teamed up with Capcom on their store shelves to produce the Street Fighter X Uniqlo UT line of shirts, which came and disappeared from its store shelves in the first half of 2019.

The marketing strategy appears to be working wonders; unique, must-have designs relative to niche interests pop onto shelves, and sell like hotcakes. If you sleep on it, you might miss them, so be sure to check out Uniqlo’s site and stores for information on currently available styles, as well as which ones are coming to the UT Collection in the near future.

Uniqlo Teams up With Haruki Murakami for New UT Collaboration

Get Ready for Round 2! More Demon Slayer: Kimetsu no Yaiba Uniqlo UT Shirts On the Way