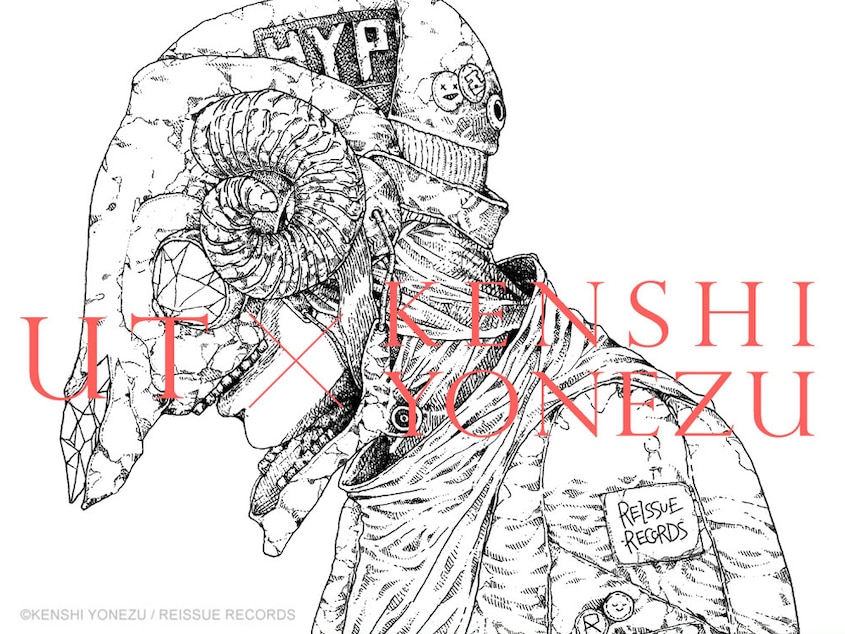 UNIQLO is currently selling six T-shirts with Yonezu’s illustrations on them. The shirts are available at UNIQLO’s Fifth Avenue store (UNIQLO’s largest store) in New York City, and at the store’s online shop.

On the website, UNIQLO describes Yonezu as “a favorite of the times.”

The shirts include several designs for his Reissue Records website; a pink shirt with a stylish black cat on it; and a couple of other shirts with his art on them.

One of the shirts features a multicolored cat with a heart on its back. The cat looks similar to the “neko-chan” cat which is available as a plushie on his website. A similar cat design was also used on the cover of his guitar songbook.

The T-shirt designs don’t include the cover art from Yonezu’s Stray Sheep album, which was released on Aug. 5.

As reported by Hypebeast, a large illustration which resembles the album cover can be seen on the side of UNIQLO’s Fifth Avenue store. Similar art can also be found on the UNIQLO website. But there are no UNIQLO T-shirts with that design (yet).

On his website, Yonezu states that he started posting songs to Nico Nico Douga in 2009.  He gained attention as a creator of Vocaloid songs under the name Hachi.  He released an album using his real name in 2012.

His song Peace Sign was used as the opening theme for the second season of My Hero Academia.  The song won the Crunchyroll Anime Award for Best Opening of 2017.