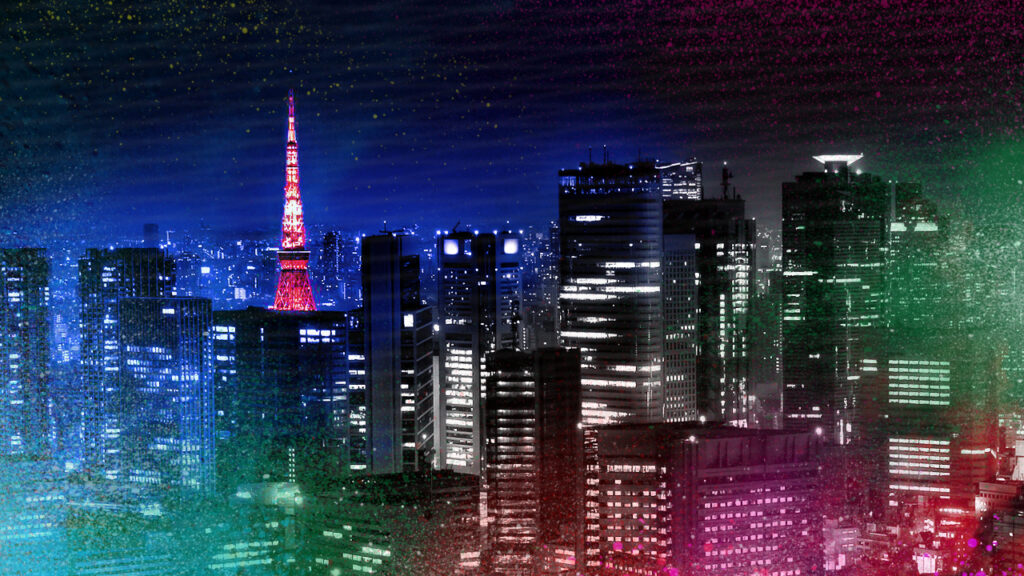 Even to those readers whose familiarity with Japan may only be surface level, the words ‘weird’ and ‘cool’ are thrown around constantly when trying to describe anything coming out of the island nation–the latter even being marketed by the Japanese government itself.

It is a culture of the hardest workers and the cutest mascots. A country of ancient traditions and ultra-futuristic technology sitting side-by-side. Its fashion is unmistakable, and its gifts to the world of animation and games are irreplaceable. It’s strict and it’s kind. It’s colorful and vibrant, but dark and cloying to some with unique aspirations. The overarching message of life in Japan is solely ‘fit in. Don’t make trouble.’

We here at OTAQUEST support those who challenge that message. We’re fans of breaking the status quo, and we champion self-expression.

The Western Image of Japanese Youth and Personal Expression

Despite the amount of fascination with the country and its exports, there’s still a certain air of mystique when it comes to life in Japan. Living in the Tokyo megalopolis, for instance, seems incredibly posh and outstandingly fashionable, with extreme examples of Harajuku trends often being highlighted in documentaries or websites dedicated to youth in the big city.

FRUiTS Magazine, a 20-year staple of fashion subcultures in the trendy neighborhood, was many people’s first introduction to rather extreme Japanese street fashion–in the early 2000s, two compilation books made their way to the west, and I can remember dog-earring pretty much every page.

There were no limits to how these young people expressed themselves in public, and for impressionable kids in the west who knew little beyond this niche culture, it was naively how life in Tokyo would be perceived. It was colorful, it was in-your-face, it was fearless and it was unrestrained. 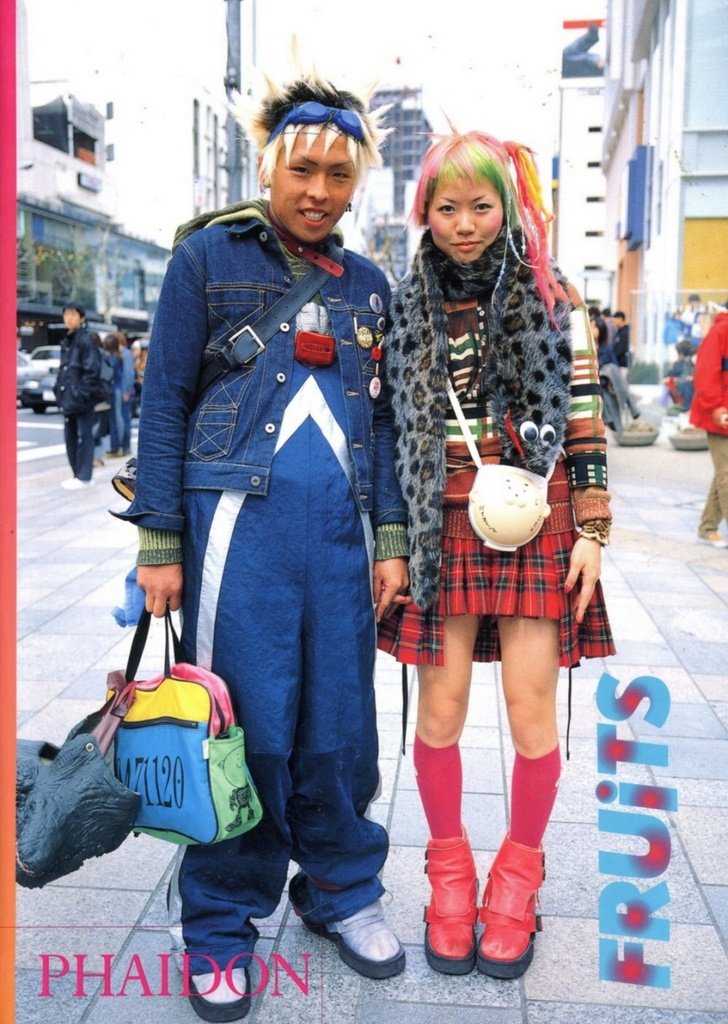 Mention Japan in conversation and you’ve instantly conjured images of big-eyed anime girls, neon lights and, simultaneously, rice fields and ancient temples. Much of my own curiosity surrounding Japanese popular culture escalated during my years spent living in Tokyo as someone with a love for all things creative.

That balance can be incredibly hard to strike. Even though I had studied Japanese for nearly 15 years at the time and was familiar with most of the ins-and-outs and dos-and-don’ts of daily interactions, I wondered how it was possible to devote my life to the company–as Japan often expects–while also finding the time and energy to create and thrive.

Those naive thoughts of a middle school-aged me were immediately out the window.

How is it that a country with such strict social and professional norms has become a beacon for personal innovation and originality? How is Japanese style so incredibly recognizable?

According to recent studies, the Japanese work some of the longest hours in the world–nearly a quarter of companies in Japan require their workers to contribute up to 80 hours of overtime per month. In the same vein, another survey has shown that Japanese people get the least amount of sleep per night when compared to other countries: they average about 6 hours and 35 minutes per night.

The overtime is often underpaid, and employees often feel extreme guilt for taking paid vacation. Your company becomes your family, to a point–even after the workday is done, you’re often expected to join your coworkers for drinks or karaoke until late into the night.

Above all else, there is a certain expectation in Japanese culture to ‘keep the peace.’ Called ‘wa’, a person is expected to prioritize the group instead of the individual. Basically, you do what you can for the team, and throw your own interests to the wayside.

How do all of these incredibly strict and sometimes suffocating cultural norms impact a person’s creative spirit? In a country that so often uses the term, ‘the nail that sticks out is hammered down,’ where do so many incredibly innovative minds find room to grow and mature without giving in to the pressure? 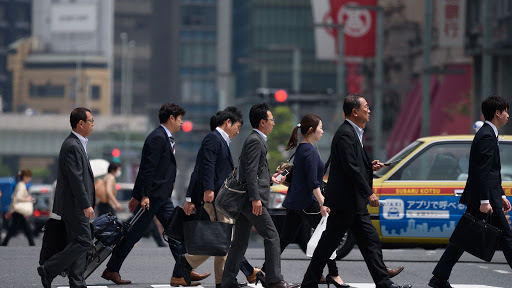 When I began working as an editor in Tokyo, I was one of 4 foreign employees in my company of about 400 people. Personally–and this may sound absolutely repugnant to some people–I’m a fan of a strict workplace. I find it easier to be productive when that pressure is bearing down on me, and as someone who dislikes ambiguity in social situations, I thrived in a culture which basically has a rulebook for every conversation under the sun.

But at the end of the day when I was finally free of obligation, I would be eager to write or shop. It’s Tokyo, I needed to get out there and experience it!

Nope. Sadly, more often than not, I’d end up simply going back to my apartment and basically passing out from exhaustion.

I was so inspired by the city and its people, but couldn’t find any energy outside of work to create. Day in and day out, I would wake up ready to tackle the day, ready to take photographs of the incredible looks I’d find in tucked-away shops in Shibuya. I would think about all the fiction I’d love to tackle, the people I’d love to meet. But as much as I enjoyed my job, it drained me. Working twelve hours a day left no time for me. I was simply a vessel for the company, and that was all.

The creative minds overcome this. Maybe I wasn’t one of these ‘superheroes’ after all. I couldn’t think of what else to call them. The creative minds in Japan who create the anime, the manga, the video games, the fashion, the art, all of these mediums that we love–how many hours each day did they spend on their craft? How did they find the energy?

I gained a new appreciation for what went into these works that I loved. And again, I wanted nothing more than to talk to these creators, and hear their stories. What drove them, and what got them out of bed in the morning? What did self-expression mean to them?

A Neverending Obsession with Japan’s Unique Forms of Artistic Expression

Not to out my age, but during my school years, being a fan of Japanese pop culture instantly marked a kid as a target for playground bullies. Today, it seems that the tables have turned, and anime, at least, has become part of the mainstream, with series popping up on Netflix feeds across America and beckoning unsuspecting viewers down the Japanese animation rabbit hole.

Back when I fell into that pit myself around 1996 as an unsuspecting kid watching Sailor Moon and eating toaster strudel before heading to my second-grade class, I couldn’t have known that the rabbit hole was seemingly bottomless, or that I’d be here today, almost 25 years later, exploring Japan and its culture with as much fervor as I did in my childhood years.

It’s that passion that we want to channel here at OTAQUEST, and want to see from our readers.

The easy answer to my original question may seem somewhat simple–enough pressure creates a diamond. When you stifle a person’s self-expression for long enough, it becomes an almost vital undertaking to let that creativity flow.

For some, like famed contemporary artist Yayoi Kusama (a personal favorite for decades), art is a coping mechanism. Having struggled with mental illness from childhood, she used art as a way to channel her hallucinations into something poignant and beautiful, painting what she saw and confronting her fears through sculpture and painting. She has been producing art since the 70s, and has spent the last few decades working out of a mental facility, with exhibitions of her works still present all over the globe. It’s that kind of tenacity that fascinates me, and which inspires me to continue working with Japanese culture to this day, decades after I first fell in love with it.

That’s the short answer, but the short answer isn’t what I want. I want to hear personal stories. I’d like to know these artists and creators and to hear their raw stories and motivations. I want to intimately understand these inspirations, and how they intertwine with the expectations of daily life in Japan.

Needless to say, after nearly 25 years, I’m in it for the long haul. There are plenty of stories to hear, lots of imaginative people to meet, and heaps of exploring to do. Hopefully, when the world is back to normal, I can meet some of our readers on the Tokyo streets. What is the importance of self-expression in your daily life?

Until then, I’ll just say: Welcome to the OTAQUEST family. See you soon.

To Infinity: Why You Should Visit a Yayoi Kusama Installation – OTAQUEST Selects #29