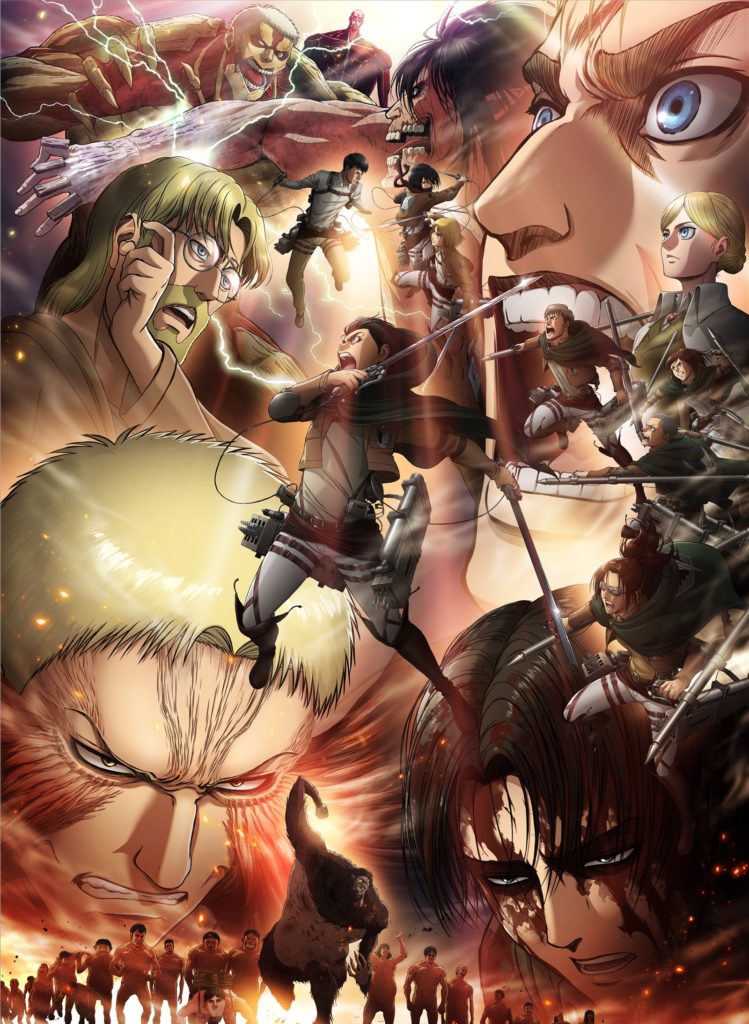 Universal Studios has really been hitting with that Japanese pop culture content recently. They’ve even just formally announced their plans for ‘Super Nintendo World’ outside of Japan. Now, part of their ‘Universal Cool Japan 2019’ promotion, starting at the end of May USJ goers will be able to experience new Attack On Titan, Evangelion, and Sailor Moon content. Earlier this year, as part of the same promotion, USJ featured attractions based on the ever ongoing Detective Conan and eternal Lupin The Third. These new attractions were previously announced but now we have more details. Tickets go on sale from April 11 and the attractions are open from May 31 to August 25.

First, there’s Attack On Titan: The Real. The attraction will feature an amalgam of components. It includes original animation, a stage show with people ‘flying’ around, and a highly detailed scene replica of Levi and Eren the night before a big operation. There’s also Godzilla vs Evangelion the Real 4D. The Hideaki Anno dream crossover continues with this battle at ‘3rd Shin-Osaka City’ with a combination of special effects and brand new 3DCG. Finally, Sailor Moon the Miracle 4-D-Moon Palace Hen was announced, which as the name suggests will be a 4D show starring all ten Sailor Scouts. Universal Cool Japan 2019 hit it on the head with this summer line up.

Universal Studios Japan, affectionately referred to as USJ, is no stranger to nerd content. As we’ve previously discussed, they are opening a giant Super Nintendo World which will make us collectively weep upon opening. In the past, they’ve had a Final Fantasy themed VR roller coasters, an exclusive Monster Hunter attraction, and loads more collaborations you could only dream of. The summer roster for Universal Cool Japan 2019 is going for some obvious choices, but the attractions admittedly seem real neato.

The Sailor Moon, Evangelion, and Attack On Titan attractions run from May 31. More info on these available here!