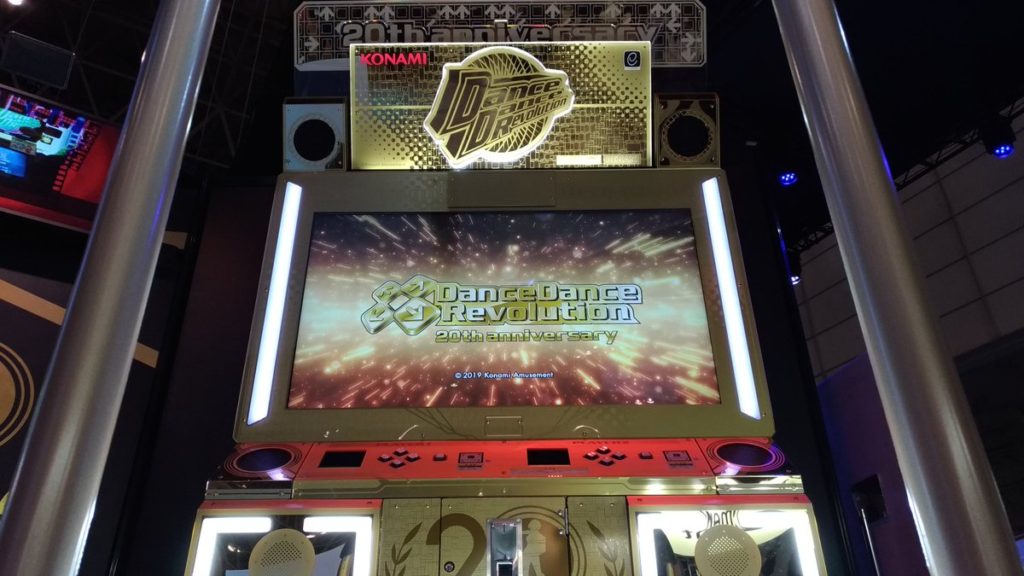 It’s an exciting time to be a fan of rhythm games in the United States. With Round1 USA’s ever-present expansion rapidly taking place across the country, those fortunate enough to live close enough to a location are celebrating the golden age of accessibility for arcade titles. But if there was ever a scrap of doubt in your mind about just how much Round1 USA is invested in this, it was announced earlier today that locations across the country will be receiving the limited-edition Dance Dance Revolution A20 cabinets, as well as Marvelous & Hardcore TANO*C’s upcoming WACCA rhythm game. Not just that, but for those who find themselves in the fighting game community, Round1 USA will be bringing Street Fighter V and Nesica Live 2.

When it was first unveiled that Dance Dance Revolution would be getting a 20th-anniversary gold cabinet, we were pretty stoked. Utilizing the body of a DANCE RUSH cabinet, which includes the enhanced speaker experience, several of these limited-edition cabinets have been positioned throughout Japan. If someone told me they’d be making their way to the US, honestly, I’d probably have laughed at their face. So with that being the case, I’m pretty stoked that Round1 USA is bringing them stateside so all-the-more players can enjoy them.

Outside of the Bemani series, those looking forward to Marvelous and Hardcore TANO*C’s upcoming WACCA have a lot to look forward to. While Round1’s official website doesn’t list a release date outside of “coming soon”, the fact alone that it’s being announced for a North American release before it’s even released in Japan is pretty phenomenal. The latest title to throw its hat into the arena, WACCA utilizes some pretty sweet looking 360-degree touch panels to keep players in the game while Hardcore TANO*C kills it on the soundtrack. Definitely looking forward to giving this one a go when it releases in Japan during Summer 2019.

Finally, for fighting game fans you’re in for a treat. Both Street Fighter V and Nesica Live 2 are absolute staples of arcades in Japan, and now both are making their way to Round1 locations across North America. There’s not much I need to explain about Street Fighter V because, well, it’s been out on consoles in the States for years now. On the flipside though, Nesica Live 2 will be bringing a plethora of titles Stateside, including SAMURAI SPIRITS, BLAZBLUE CROSS TAG BATTLE, FIGHTING EX LAYER, SNK HEROINES Tag Team Frenzy AC, Million Arthur Arcana Blood, BLAZBLUE CENTRALFICATION, and THE KING OF FIGHTERS XIV Arcade.

Honestly, there’s probably no better time than now to dive into the arcade for those living in North America, something that rings especially true with Round1’s current expansion across the country. We’re stoked that Round1 USA is bringing these titles stateside, and we can’t wait to see what comes next. For those interested in checking out further details, be sure to visit Round1 USA’s official website.