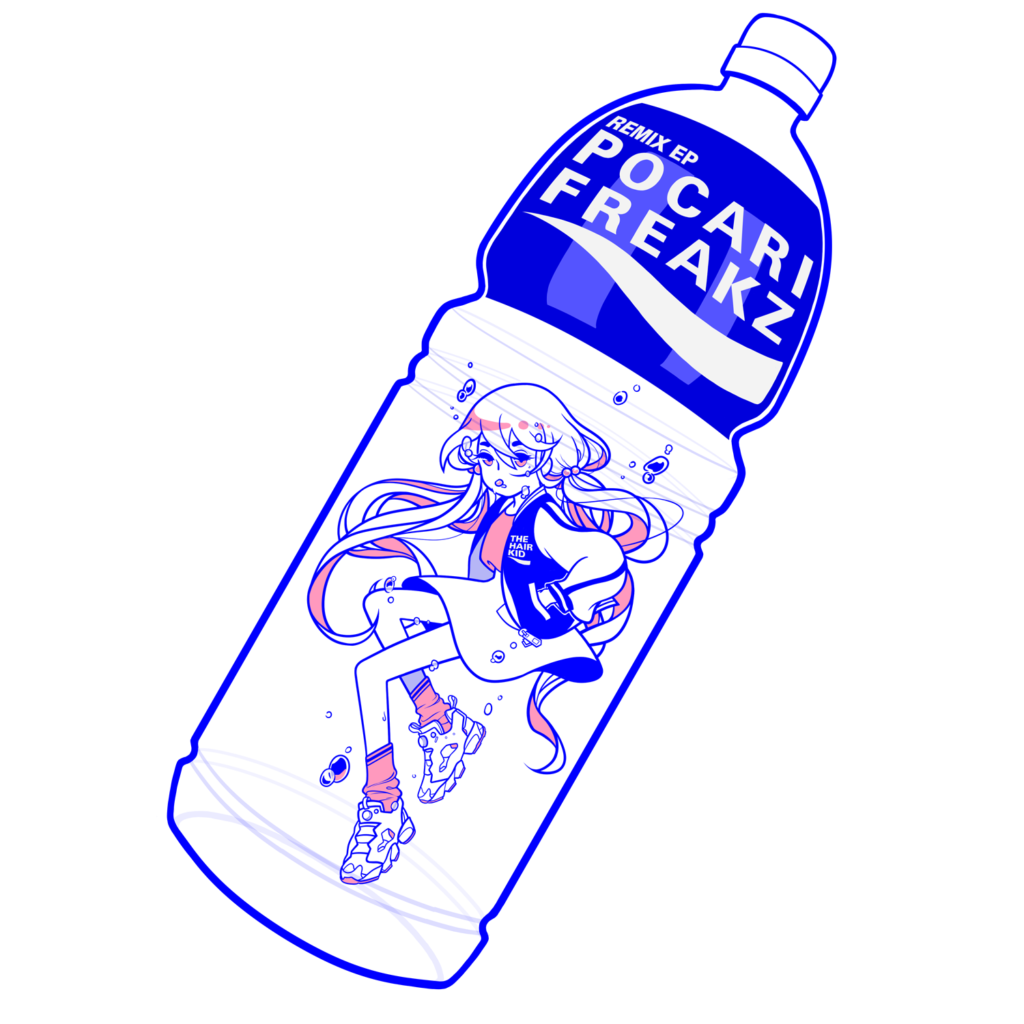 It’s been almost 3 years since Kansai-based trackmaker The Hair Kid unleashed his hyper-refreshing heater “POCARI FREAKZ” just in time for the Summer of 2016. Inspired by what would become a must-have fashion accessory for many, the “Freaka Sweat” Pocari Sweat parody jacket, nobody expected The Hair Kid to go so hard for what is essentially watered down Gatorade — but here we are. Now a little under three years later, The Hair Kid is inviting everyone to once more break a sweat with the upcoming pair of “POCARI FREAKZ” remix EP’s via Los Angeles-based netlabel Attack the Music.

Announced as a two-side EP that’s set to make you freak that body, we’re seeing Side A “SWEATY SIDE” release on January 25 with remixes by JAKAZiD, ctrl+r, hikeii, cosmicosmo, and Voia, while Side B “FREAKY SIDE” releases on February 1 with remixes from Relect, Mitomoro, kiraku, Strider, DOG NOISE, and James Landino. With each of these lineups, it’s pretty obvious we’re going to be seeing a super wide variety of sounds, each hopefully as wild as the last.

Attack the Music took to their Twitter account earlier this week to announce that they’d be dropping a remix a day leading up to the release of the two EPs, with ctrl+r’s remix being the only available track at the time of writing. With that being said, I’m beyond excited to hear what drops next, with every person involved packing a serious punch to their sound that’s likely to pair perfectly with “POCARI FREAKZ” playful lyrics.

The wonderful illustration for the EP coverart was handled by North America-based illustrator Beck Attack, with both A and B sides of the release looking seriously clean in their color variations. Set to release on January 25 and February 1 respectively, those interested in checking out further information can check out Attack the Music’s official website.