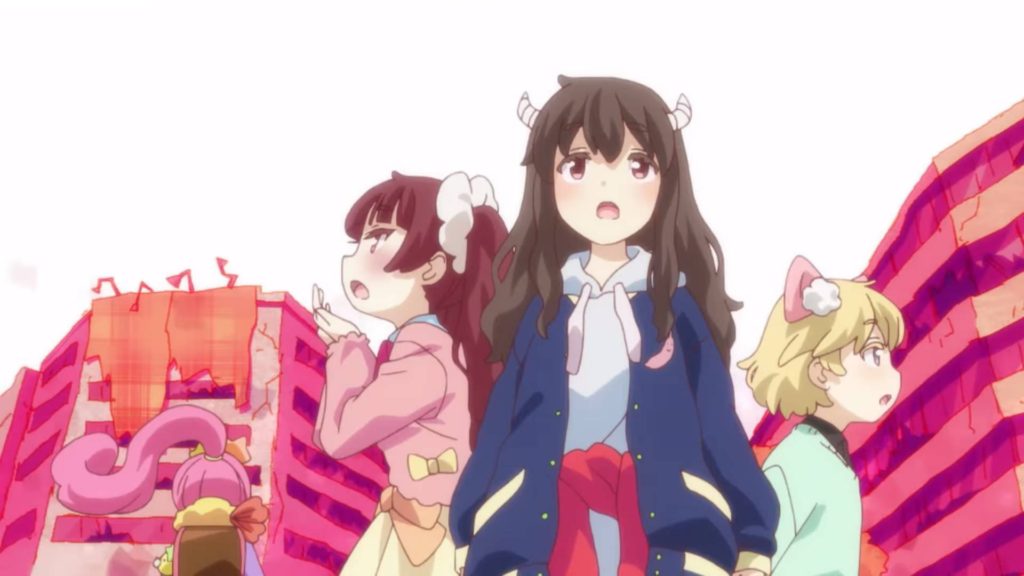 It’s been no secret that we share a full-scale mutual excitement for “Urahara,” the upcoming anime adaptation of “PARK Harajuku: Crisis Team!”. Originally a webcomic jointly produced by the popular Harajuku fashion shop PARK Harajuku, Crunchyroll, Mugi Tanaka, and Patrick Macias, we’re now launched onto the animated rails of an all-out sci-fi adventure taking place in Tokyo’s fashion capital, Harajuku. Without sugar coating ourselves too much, that’s pretty damn cool.

For months now we’ve been writing about the upcoming anime, as well as all the adventures its staff has been partaking. These experiences would include appearances at both Anime Expo in Los Angeles, as well as Crunchyroll Expo in San Francisco more recently. One thing missing from all this writing? A look at the world of “Urahara” in motion. This changes now, however, with our first look at the anime via the series official YouTube channel, made available below:

Oh, and did we mention the trailer finally shares the official premiere date? Beginning October 4, you’ll be able to catch Urahara on Crunchyroll in North America, and on platforms like AbemaTV and bilibili in Japan and China respectively. I guess you could say we’re a little excited.

It’s a less-traditional approach to so many dynamics within the world of anime, and that’s precisely what we’re so excited to see. Between the female-driven animation staff, all the way to the animation style, this is truly a series set to stand out from the rest. What are your thoughts leading into the anime? We can’t wait to see how it pans out, especially with the significant role both Crunchyroll and Bilibili are playing in the co-production of the series.