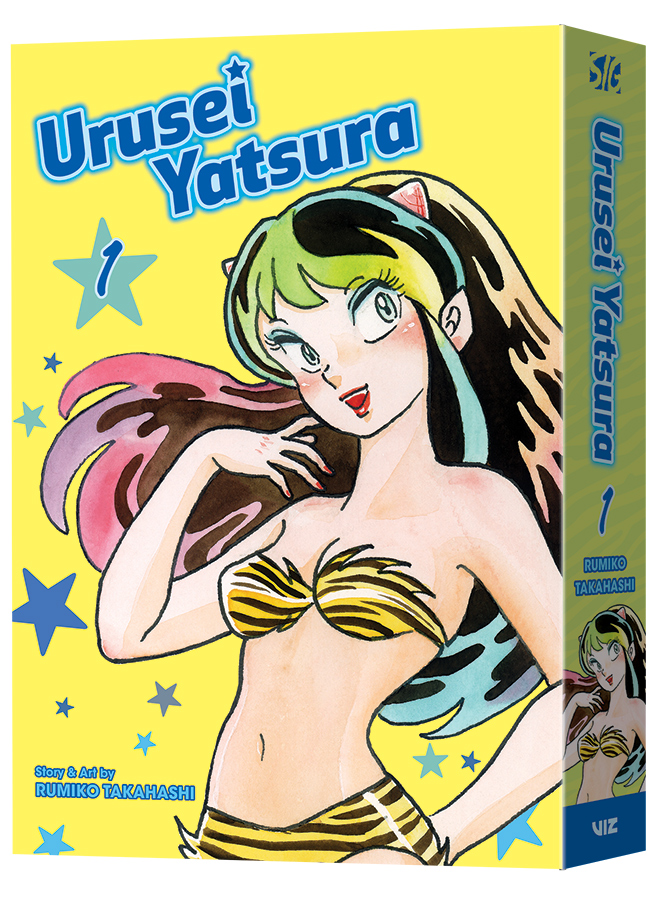 It was about six months ago that I initially covered VIZ Media’s San Diego Comic-Con announcement that they were bringing Rumiko Takahashi’s legendary romantic comedy manga series URUSEI YATSURA to North America once more in a series of omnibus releases. While the original announcement loosely had them set to release around Spring 2019, we today got word that the releases are set to debut on February 19 in North America and that the first release will contain 400-pages of content.

Originally serialized within the pages of Weekly Shonen Sunday back in 1978, the series has seen renewed interest over the last several years with a number of Rumiko Takahashi’s works catching the interest of the new audience of anime and manga fans.

With the Deluxe Edition releases from VIZ Media, we’re set to see an all-new translation for the manga, replacing the previously-available translation from the ’90s when VIZ Media published the series as “Lum” and later “The Return of Lum”. This is beneficial not only for the sake of keeping up with modern standards but also due to the fact that VIZ Media actually never realized the full length of the manga, with publication stopping prior to its conclusion.

The original announcement for the Spring 2019 release of URUSEI YATSURA timed itself alongside the 40th-anniversary of the series’ original serialization in 1978. Following the announcement, it would later be announced in 2018 that Rumiko Takahashi was to be inducted into the Will Eisner Comic Awards Hall of Fame.

Priced at $19.99 USD in North America, the series is set to be published in full on a quarterly basis, with each release offering 400 pages of content. The series’ first volume is described below:

With URUSEI YATSURA playing such an important role in quite a few of our staff’s interests, it’s exciting to see VIZ Media pick the property up once more. If anything, it might also be the perfect introduction to Takahashi’s works ahead of the release of her new upcoming manga series. Those interested in checking out URUSEI YATSURA, be sure to head over to VIZ Media’s official website.