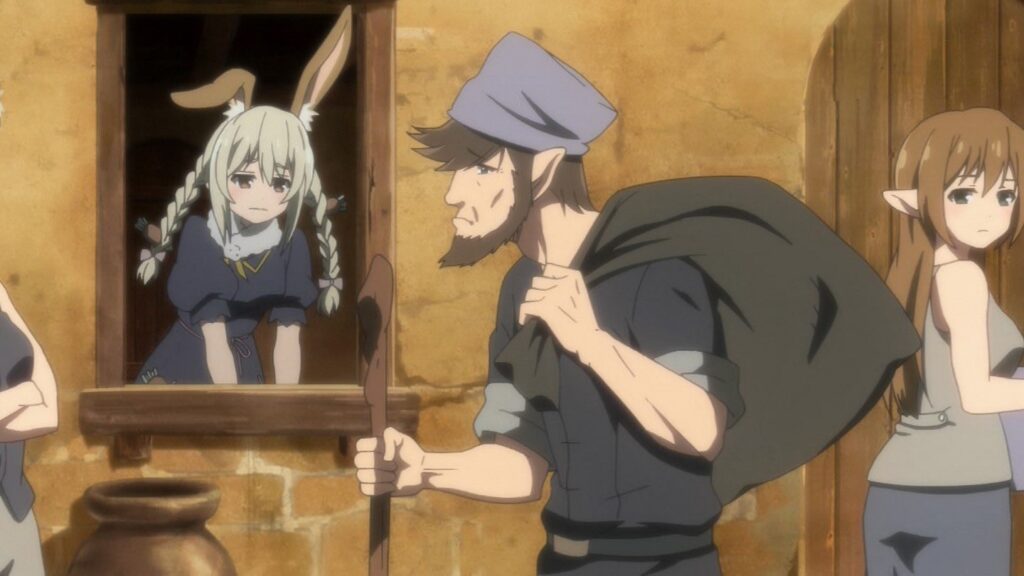 A background character bearing a strong resemblance to the hololive virtual YouTuber Usada Pekora will be removed from the second episode of How NOT to Summon a Demon Lord Ω, following a statement from the production committee.

When the second episode of How NOT to Summon a Demon Lord Ω aired earlier this month, the Pekora lookalike was quickly picked up on by eagle-eyed fans and even prompted a response from the creator herself. Nevertheless, this wasn’t so much of a ‘reference’ as it was an uncanny resemblance: there was nothing concrete to suggest that this was actually done on purpose. It could all just be one big coincidence.

Fast forward two weeks, however, and the production committee has put out a statement not only confirming the connection, but also saying that the Pekora lookalike from How NOT to Summon a Demon Lord Ω episode 2 will be removed in future releases. It reads:

‘As pointed out by viewers, there is indeed a background character in the second episode “Head Paladin” that bears a resemblance to the hololive talent Usada Pekora.

First of all, we would like to apologize from the bottom of our hearts to the fans of Usada Pekora, the staff members involved, as well as the viewers of How NOT to Summon a Demon Lord Ω for any worries this may have caused.

In response to your feedback, we immediately confirmed the facts of the production process with the people involved and got in contact with the parent company of hololive, Cover Corp, to discuss the situation.

After coming to an understanding, we have decided to revise and change the appearance of this background character for rebroadcasts and other uses in the future.’

To be honest, this is a bit of a self-flagellating statement in response to a situation that had not only fans enthused but also the creator. Was there really that much harm done by including a simple Pekora lookalike in How NOT to Summon a Demon Lord Ω? Not really.

Nevertheless, copyright law is a fickle thing, and companies such as Cover have to protect the image of their talents as best they can, so no doubt some stern-faced lawyer stepped in along the way.

Goodbye, Ashen Pekora. You will be missed!