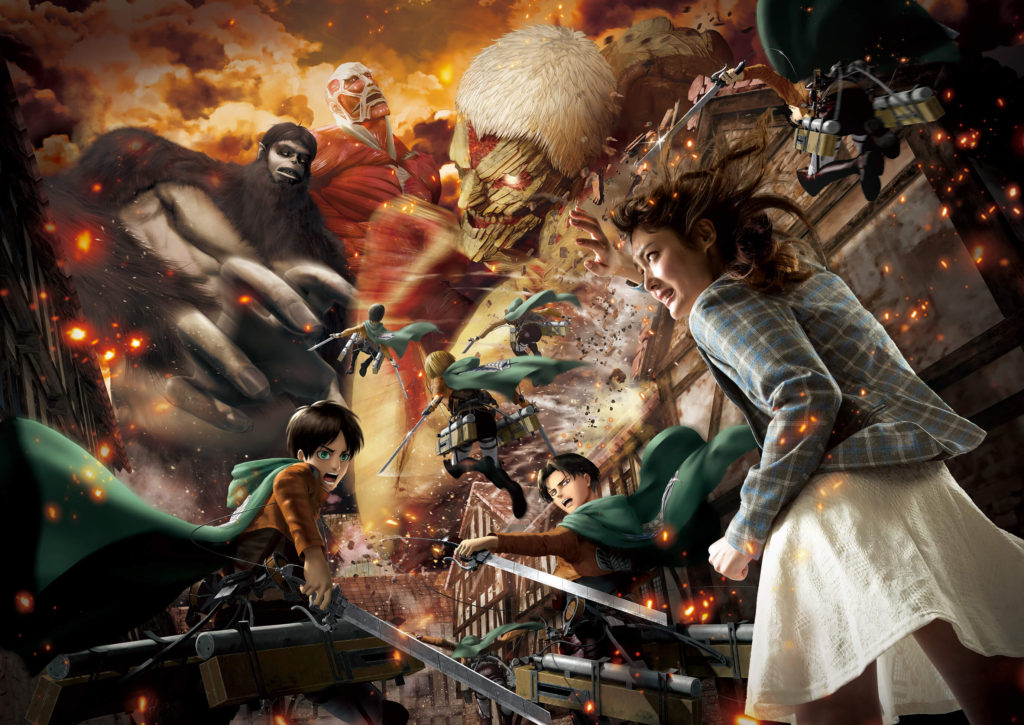 Whilst it doesn’t seem like even Kingdom Hearts will be making its way to Disney Land anytime soon, Universal Studios Japan in Osaka has been a lot more open to featuring attractions based on Japanese properties.

We recently reported on some of the new events coming to Universal Studios Japan, including events for Attack on Titan, Godzilla vs. Evangelion, and Sailor Moon. They have already released a trailer teasing these events, but they went one ridiculous step further by releasing an original anime trailer for the USJ Attack on Titan: The Real event.

The trailer shows footage from the first season of Attack on Titan, but the voice actors returned to redub it to have them talk about heading to Universal Studios Japan. They even edited tickets for USJ into the horse’s mouth and put the Universal Studios globe right in front of Wall Maria. This is followed by more recent scenes from the anime to Hiroyuki Sawano’s epic score.

The Attack on Titan: The Real event will feature new original animation featuring the characters attempting to reclaim Wall Maria. Members of the Survey Corps will fly around the venue during the show and you’ll be able to see life-size statues of Erwin and Levi in the exhibition area.

When I visited the park in 2017, I had the chance to visit Yo-Kai Watch: The Real, Jojo’s Bizarre Adventure 4D, and Dragon Quest: The Real. These experiences were a mixed bag. Whilst Yo-Kai Watch was just a short play with holographic displays of fan-favourite Yo-Kai, and Jojo’s was just a short 4D film, the Dragon Quest event teamed you up with strangers to travel through a dungeon battling animatronic monsters. It’s not yet clear through these currently released details of what level of interactivity fans will get to experience in Attack on Titan: The Real.

This appears to be just the first of the anime ads being released since it opens up with “#001”. It’s unclear if they’re intending on parodying the other anime series being featured at USJ or if this is just the first of Attack on Titan‘s attempts to integrate USJ into its world. Personally, I’d love to see Lupin talk about how he intends on stealing a treasure from the venue or Shinji talk about all the damage Godzilla is doing to “Shin-Osaka City III”.