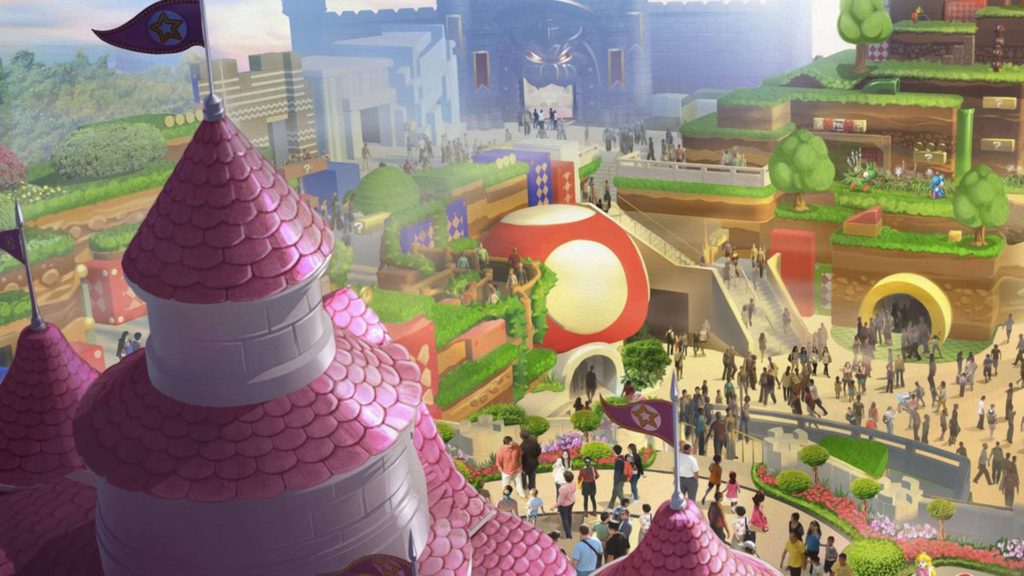 In what could quite possibly be one of the greatest moves of all time, Universal Studios Japan has today revealed further details on their long-planned collaboration with Nintendo. ‘Super Nintendo World’ is set to join the already expansive theme park just in time for the 2020 olympics taking place here in Tokyo. The area will feature two areas based on Nintendo’s most successful series, including an all-immersive ‘Mario Kart’ section. I don’t know about you, but I can’t wait to switch from the console experience to the real-deal.

It all began following an announcement made in 2015 by both Nintendo and Universal Studios Japan, stating that they were in the planning stages of a 300 million dollar collaborative project. It didn’t take long for it to be announced that North America would also be getting it’s own themed-world. Today however, after much personal anticipation, we were finally given some (animated) footage as to what we can expect from the project. Running for a total of 32 seconds, the video can be streamed below:

For those of you that are anything like me, you’re probably more than excited to finally head over to Osaka and experience the wonders of Mario’s world brought to life. While there’s still a three year launch window, just consider this; if you think the wait for the park to launch is bad, imagine the wait in line for each attraction. It’s going to be busy, but it’s going to be a lot of fun, and that’ll especially hold up if the teaser trailer is anything to go by. The official website for ‘Super Nintendo World’ states that it will be split up into two main areas, one dedicated to the world of ‘Mario Kart’, and another themed area dedicated to shopping, restaurants, and other related attractions.

We’ll be sure to keep you updated as more information is revealed to the world. Are you excited for ‘Super Nintendo World’? We’re personally ecstatic towards the whole idea of it, and can’t wait to check it out. Further information can be found on the official website, here.