UVERworld: Who They Are and Why They’re Great 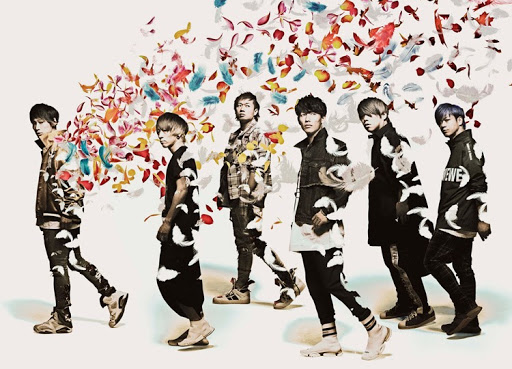 It’s difficult to be a fan of Japanese music and not love UVERworld. They have an impressive number of hits on the Oricon charts, and even the casual anime fan has probably heard their music as a show’s intro or ending theme.

But for those of you who haven’t come across them before, here’s who UVERworld are, what they’ve done, and why you should care!

If you know those titles, then you already know about UVERworld! ‘Touch Off‘ (also styled as ‘Touch off’) and ‘Odd Future‘ are among their most popular recent singles, with ‘Touch off’ having come out on 27 February 2019, and ‘Odd Future’ debuting on 2 May 2018.

‘Odd Future’ by UVERworld peaked at number three on the Oricon chart, and it reached fifth place on the Billboard Japan Hot 100. But it’s even better known for being the first opening theme for the third season of the anime series My Hero Academia!

‘Touch off’ by UVERworld technically came out as a single, but included with it were the instrumental version of ‘Touch off’ and another song called ‘ConneQt.’ ‘Touch off’ was also used as the opening theme for the anime The Promised Neverland.

UVERworld is a Japanese rock band consisting of six members, originating from Kusatsu, Shiga. They first formed in 2002. Originally they were called Sound Goku Road (or, in the indie music scene, Sangoku Road) and they had a seventh member.

After the release of their demo CD, two of the performers left: the saxophonist Seika (who would later return to the band) and the second vocalist Ryohei. That was when the group rebranded themselves as UVERworld.

The name UVERworld is a term coined by the band members themselves. It comes from the German word ‘über’ (meaning ‘over’) and the English word ‘world.’ They’ve literally taken words from around the world to form a phrase that means ‘crossing over the world.’

The current six members of the band are: 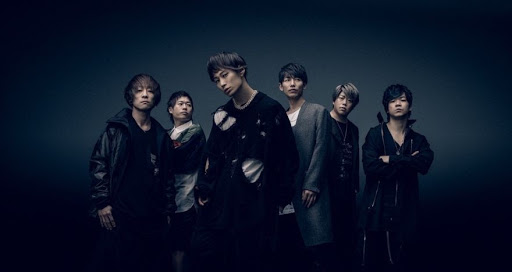 In addition to ‘Touch off’ and ‘Odd Future,’ UVERworld has had a ton of hits! Here are just a few of them…

UVERworld quickly proved themselves to be a music-making machine. By about a year after signing with Gr8!, in addition to their first record, they had also released several singles like ‘Colors of the Heart,’ which debuted at number three and was the third opening theme for the anime series Blood+, and ‘Kimi no Suki na Uta,’ which came out just before their second album.

‘Hakanaku mo Towa no Kanashi‘ (‘A Love Fleeting Yet Everlasting’) was released in 2008. It was the opening theme for the second season of Mobile Suit Gundam 00, and was UVERworld’s first single to hit number one on the Oricon charts. It has since gone on to be the highest-selling single from the band.

Also released in 2008 was their single ‘Gekidou‘ which would become the fourth opening theme for the D.Gray-man anime series.

On 2 July 2014, UVERworld released their eighth album, Ø Choir (stylized as Ø CHOIR) which hit number two on the Oricon charts, just two weeks after having also released the single ‘Nanokame no Ketsui‘ (7日目の決意, ‘Decision of the Seventh Day’).

Additionally, UVERworld has a song in the The Songs for Death Note The Movie: The Last Name Tribute soundtrack called ‘Nagare, Kūkyo, This Word.’

Why UVERworld Is So Special

There are two things in particular that make UVERworld stand out. The first is the sheer length of time that they’ve been together and create music. The other is their incredible number of produced albums.

Altogether, UVERworld has been making music for almost twenty years. Although Seika left the group and later rejoined, as a whole, the group has never broken up. They’ve been a music-making machine, and that alone deserves respect.

But it’s not like they’ve been doing this as a hobby. In total so far, UVERworld has released nine studio albums and over twenty singles without having a single flop. Worldwide, they’ve sold over three million albums. They’re true legends in the modern Japanese rock world, and even in the international scene, they’re worth being aware of.

One of the things that might make them stand out is their varied and global approach to rock. Some of the bands and musicians they list as being influences for them include The Beatles, The Beach Boys, The Kinks, Frank Sinatra, Queen, David Bowie, Green Day, and My Chemical Romance.

What’s Coming up Next for UVERworld?

The concerts that UVERworld had planned in Japan for the spring and early summer 2020 have, unsurprisingly, been canceled due to COVID-19. However, their new single ‘AS ONE‘ was just released on 4 March 2020! And we can hope that they’re working on new music while the world is on lockdown so we can all hear it soon.