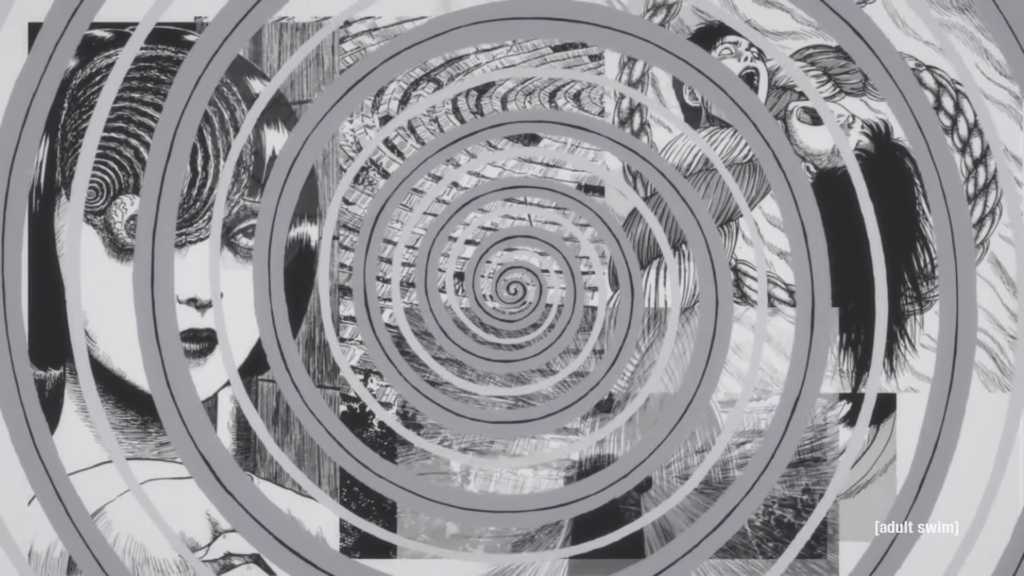 It’s been some time since we’ve last received a big update on the upcoming Uzumaki anime coming to Adult Swim. With the last few years cementing Junji Ito’s name as one of the top artistic creators out there, not just in anime and manga to be clear, fans have been enthusiastically looking forward to the four-episode short series that’s setting out to authentically recreate the author’s signature story. A unique east meets west collaboration, with partial funding coming from Adult Swim itself the show probably wouldn’t exist without the recent western interest in the horror icon. While there’s still not a second trailer nor a release date, on the official Uzumaki Twitter, some very interesting storyboards were revealed to the public. 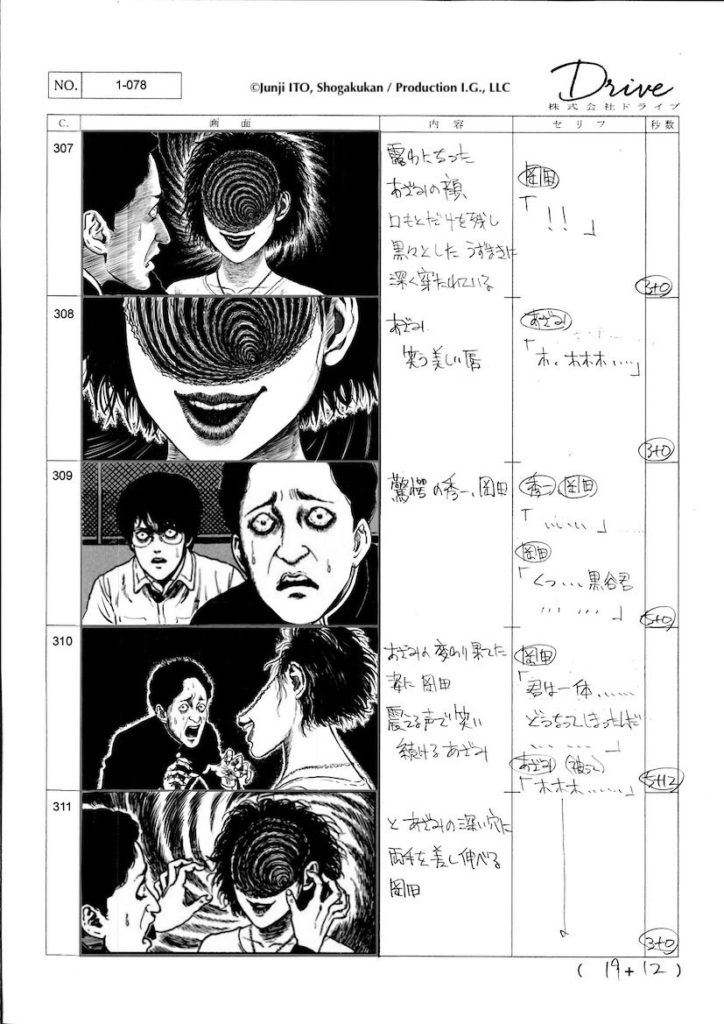 Straight up, the team at Production I.G. is using panels from the original manga to storyboard this increasingly exciting Uzumaki anime. That means depending on how high quality the in-between animation will be, and we suspect with I.G.’s track-record and the short length of the series allowing the budget to not have to be stretched out it will look good, we’re going to get the most visually authentic adaptation possible. Junji Ito’s in a league of his own with his penmanship and if this show’s going to succeed, it’ll have capture that. 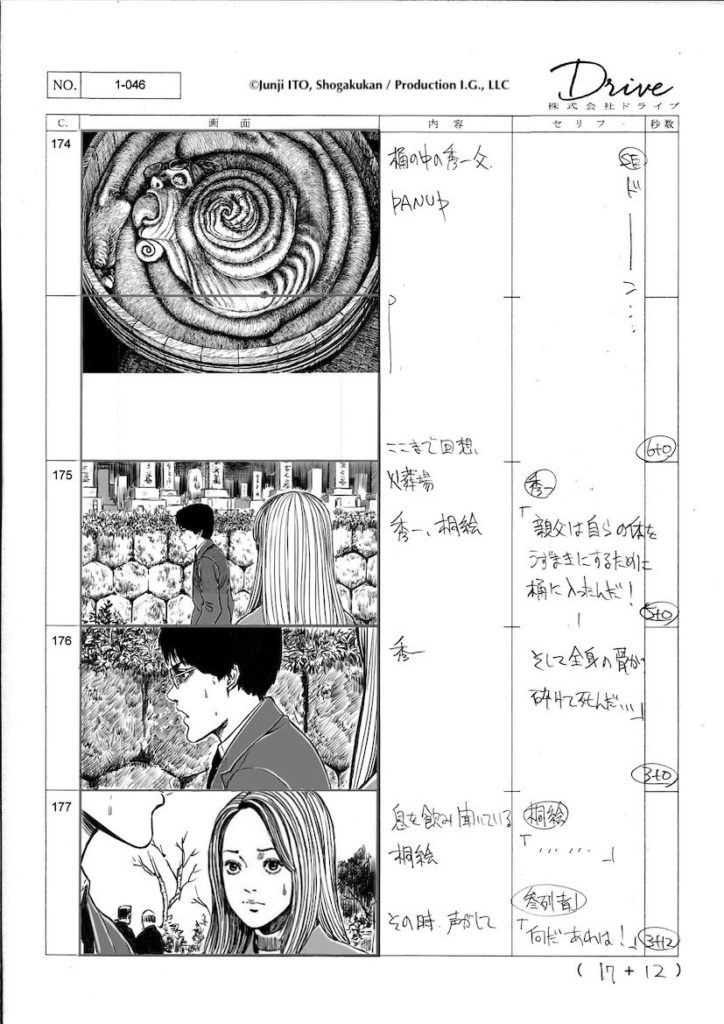 As untouchable as Junji Ito’s bibliography is, he’s unfortunately never enjoyed having a good anime adaptation of his works. The GYO movie is an absolute mess that very loosely adapts his comic and the short stories collection on Crunchyroll was too cheap looking to have his impact. With Flowers Of Evil director Hiroshi Nagahama helming the project being one of the main reasons Ito okayed this production, and with help with Hereditary’s Colin Stetson crafting the sound, we’re confident the Uzumaki anime won’t be dreck like the previous two Ito animations.

The Uzumaki anime will come to Adult Swim sometime in the future.