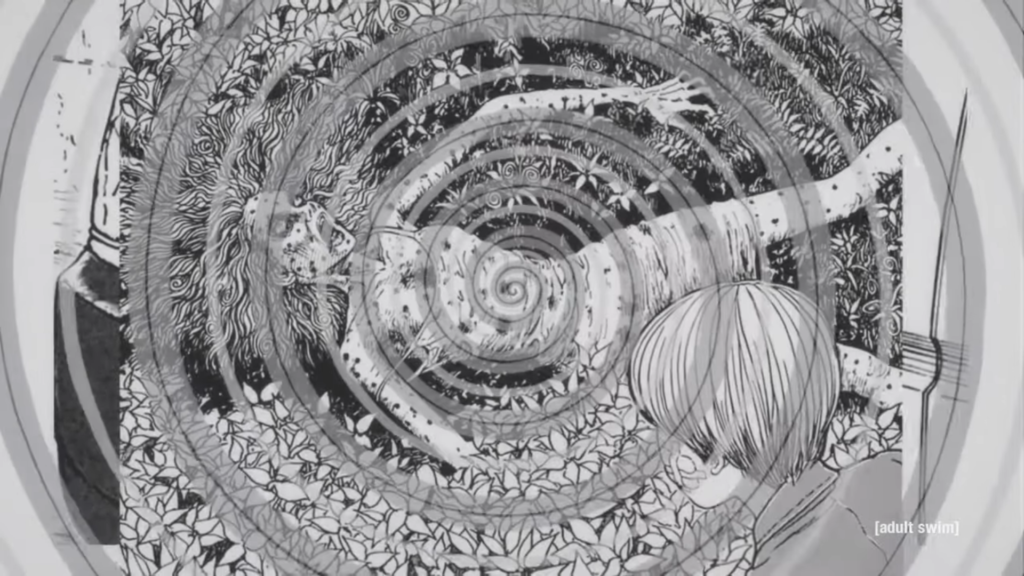 By now you’ve heard the news: Junji Ito’s seminal horror masterpiece Uzumaki is getting an anime adaptation. The project was announced last weekend at Crunchyroll Expo, along with an exclusive first teaser trailer.

But, I know what you’re thinking. It was only last year that we were horrified by the last Junji Ito anime adaptation, the Junji Ito Collection, and for all the wrong reasons. Director Shinobu Tagashira over at Studio DEEN took some of Ito’s most iconic manga one-shots and transformed them into lifeless animated shadows of their former selves.

Trust me, I was as insulted by this adaptation as you were. So, trust me when I say that it’s not without some trepidation that I say that this Uzumaki anime is definitely worth getting excited for.

Bringing the Uzumaki Team Together

For one, just looking at the team behind the anime is enough to convince me that this project is in very capable hands.

Toonami is co-producing the project alongside Production I.G., who have brought on board the excellent choice of Hiroshi Nagahama as director. Nagahama previously worked on the anime adaptations of both Mushi-Shi and The Flowers of Evil, which already show off his talent for bringing works oozing with atmosphere and psychological anguish to the animated medium.

Toonami’s role in the production of the Uzumaki anime not only means that western audiences will get to see the anime first, even before Japan, but their involvement also no doubt opened up the possibility of getting another very talented collaborator on board: Colin Stetson.

Stetson is composing the music for the project, coming hot off his previous work on the critically acclaimed 2018 horror Hereditary, which captures much of the same type of nightmarish terror that Ito’s original work does.

As if his track record alone wasn’t enough to prove that he’s more than suitable for the project, the short snippet of Stetson’s minimalistic yet terrifying soundtrack present in the teaser should hopefully underscore why he might just become the backbone for this entire project.

Learning From the Past

Of course, no number of big names can squash the nagging feeling that all of this hype might be for nothing – that this Uzumaki anime might turn out to be another Junji Ito Collection.

But, from what we’ve seen so far, Toonami and Production I.G. seem to be actively avoiding the mistakes that Studio DEEN and Shinobu Tagashira’s disastrous adaptation made.

For one, this isn’t a TV series. This is going to be a very short, four-episode ‘miniseries’ that will air on Toonami first, then on Japanese broadcasting channels second.

Personally, I’ve long since held the opinion that long-form adaptations don’t suit Junji Ito’s manga. Ito’s works stand distinct from the long-form tradition of Japanese comics, instead functioning more like western graphic novels that beg to be revisited again and again in a short sitting – a feeling which four episodes of animation will no doubt capture.

It’s ironic to think that, while 2018’s Junji Ito Collection draws mainly from isolated one-shots across Ito’s career, it still tried to tie them together by separating longer series of stories across episodes, such as Souichi’s Diary of Delights and Lovesick Dead, which goes against one of the strengths of Ito as a mangaka. 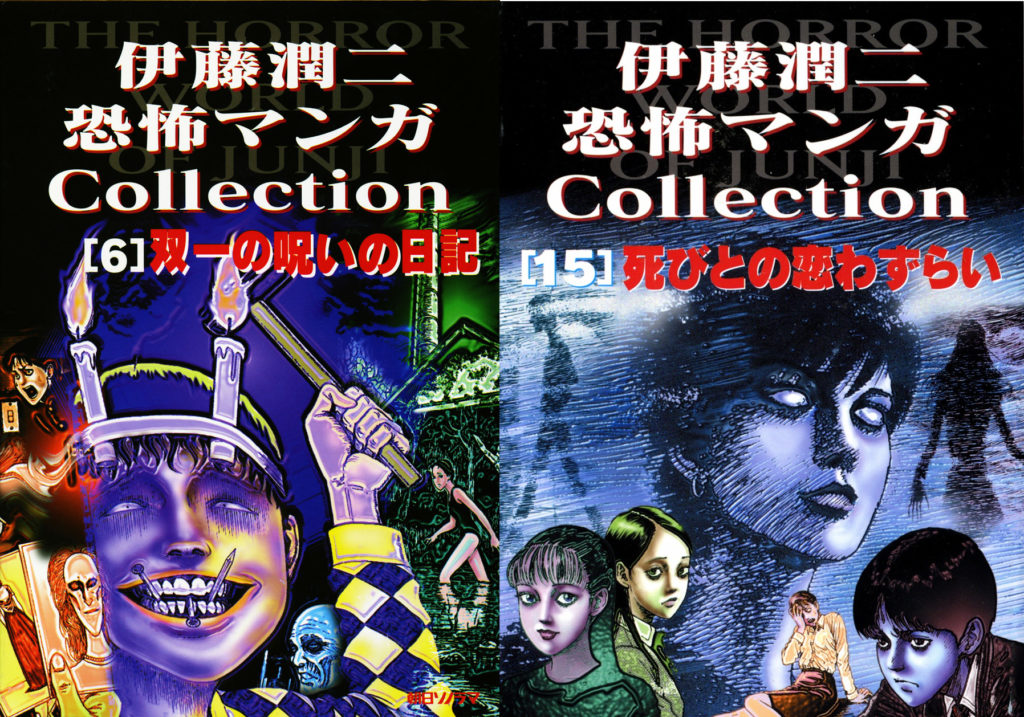 One of the key elements to the horror of Junji Ito’s work has always been his highly detailed art style, which renders his body horror in nightmarish realism. The Junji Ito Collection was quite aware of this, and attempted to replicate Ito’s art in the animated medium – but failed miserably.

Capturing all of the intricacies of Ito’s artwork would be difficult even for the most talented of teams, which is why the Uzumaki anime’s decision to remove color from the equation entirely is a very smart decision.

Not only will a black and white art style better match up to Ito’s original, but it will also allow the animators more time to fill out the details of the art, therefore hopefully better matching the horror of Ito’s original.

It’ll also allow them to avoid the potential pitfalls of choosing the wrong colors for a certain scene, which was equally a problem on the production of the Junji Ito Collection.

The Incredible Potential of Uzumaki

As soon as I heard the news that Uzumaki would be getting an anime and watched that excellent teaser trailer, I couldn’t stop myself from grabbing my VIZ Deluxe Edition of the manga and reading it again.

I suppose that proves the enduring appeal of Ito’s manga that I mentioned earlier, as I wanted to experience that nightmarish descent all over again, despite having already read the manga multiple times in the past.

But, as I read the manga again with the idea of an anime adaptation in mind, I began to notice some things that I hadn’t before – leading me to believe that the story of Uzumaki might be even better suited to the medium of animation than I had ever thought before. 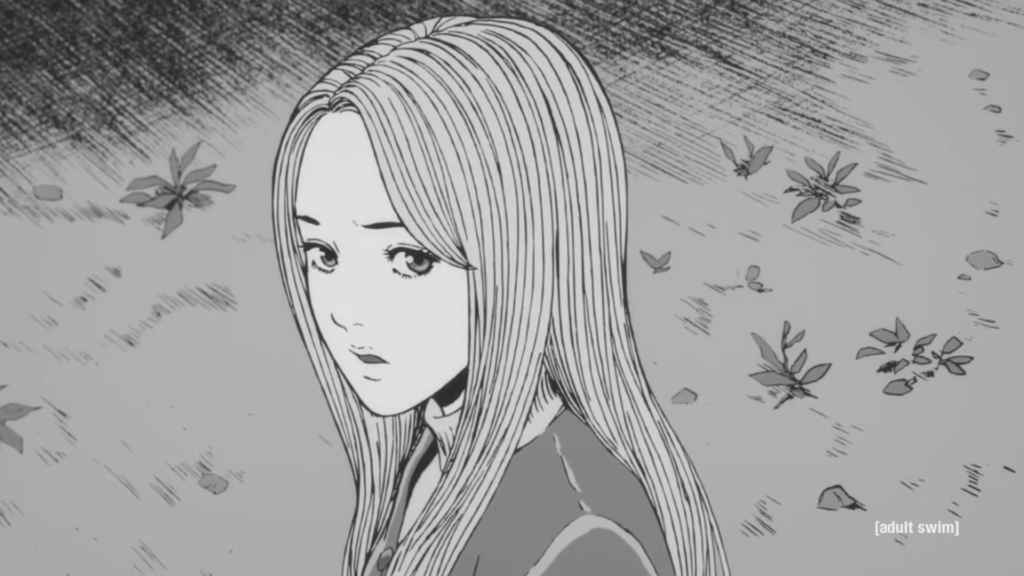 Junji Ito’s stories seem so perfectly suited for the medium of manga that, for many die-hard fans, it seems pointless to even attempt to adapt them for the animated medium.

Over his long career, Ito has seemingly discovered the secret of how to use drawings on a page in the most efficient way possible to generate tension and horror. It’s hard to convey without reading one of his manga yourself, but the way he draws your eye across the page with his panels and utilizes the action of turning the page to generate terror is something that no other mangaka has ever been able to replicate, at least not in the same way.

How do you even go about, therefore, turning something that seems so perfectly crafted for its original medium into another? No matter how talented the team behind the Uzumaki anime might be, perhaps the nature of Ito’s works themselves will force them down the road to making yet another Junji Ito Collection.

But Uzumaki is slightly different. There are many aspects to it as a story that would, arguably, benefit from being adapted to the medium of animation. For one, the alluring spiral that the town of Kurozu-cho fall victim to. 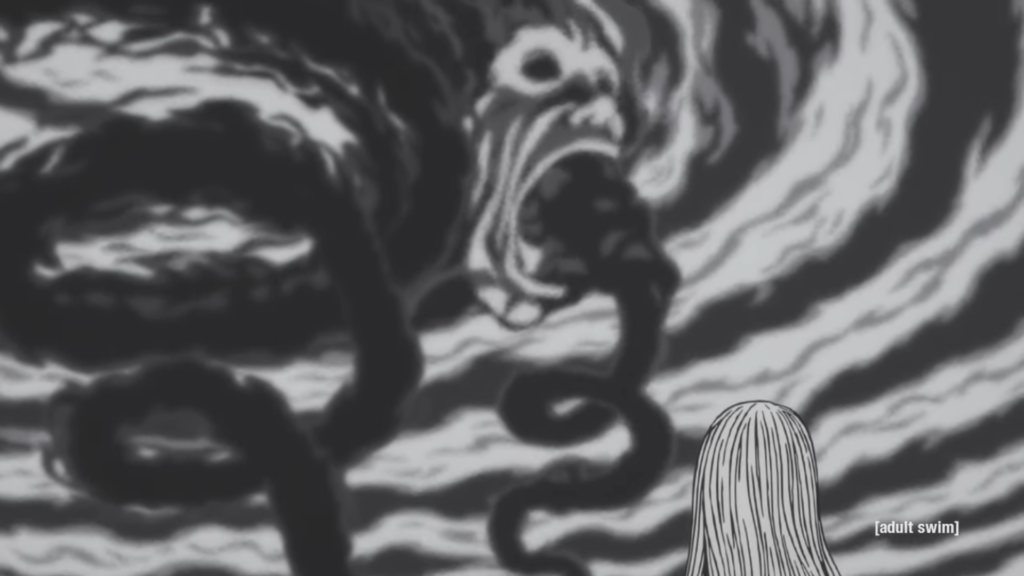 The still nature of manga artwork has meant that we’ve never been able to fully visualize the mystical, hypnotic swirl of the spiral shape that leads to the disastrous events of the manga itself, but making it move with animation might better convey that.

Of course, I’m not just talking about the shape itself. If you’ve read the manga, you’d know that Uzumaki takes the spiral motif and compounds it, applying it to all many of things to terrifying results.

Imagine, therefore, the image of Shuichi’s fathers’ eyes swirling around in his hand-rendered in animation. Pretty disgusting, eh? How about the scene where a human slowly turns into a giant snail? How about when two humans embrace the spiral and begin to contort and wrap around each like two snakes? 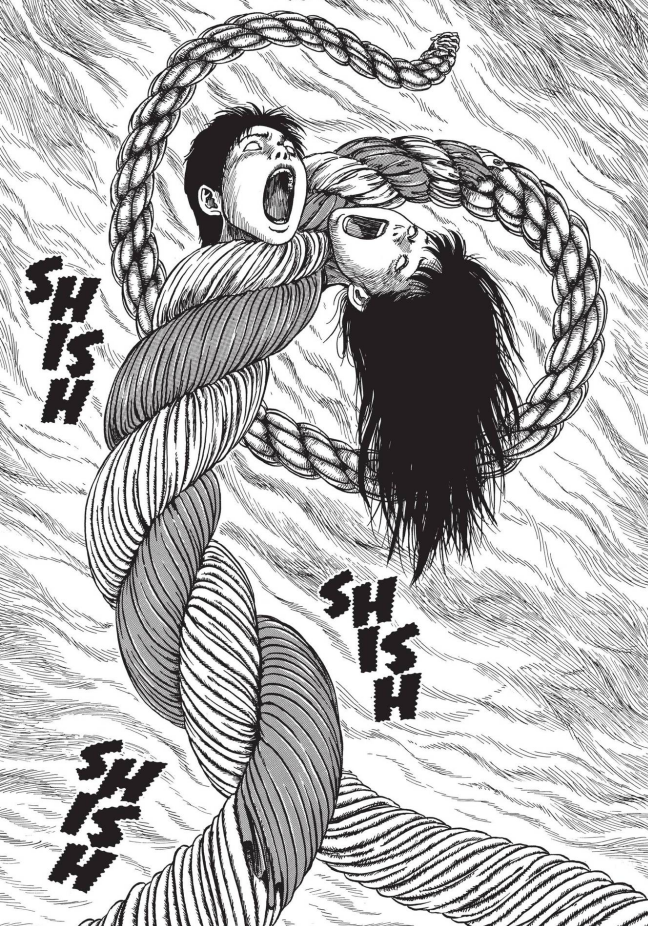 The horror of such scenes based on the spiral motion was already present in the manga, but adding animation to them might make it even more effective. That’s not to say that there’s anything lacking in this respect when it comes to the original manga – far from it. But wouldn’t you like to see it made even better?

Thinking about such innate potential is what gets me truly excited at the prospect of an Uzumaki anime. There are other things, too – such as finally hearing how haunting the sound of the five-o’clock siren truly is – that I can’t wait to experience.

I’m confident, given the team behind the project and how they seem to be learning from past adaptations’ mistakes, that they’ll be able to deliver another level of horror and fear that I never thought was possible.

Uzumaki and the Anime Industry

To conclude, it’s ironic to think that, while Ito’s manga has never been exactly optimistic, the news of an Uzumaki anime has me more optimistic than ever about the future of the anime industry.

While things certainly aren’t perfect, what’s clear in the co-production between Toonami and Production I.G. that has lead to this compelling proposal for an Uzumaki anime is the potential of international cooperation.

Many Junji Ito fans have long since argued that animated OVAs would be the ideal medium for any anime adaptation, as it would capture both the short, contained nature of his stories as well as be able to match the detail of his art with appropriate production value, but the prospects of that ever happening – bar a Gya adaptation by ufotable in 2012 – seemed to fade with the collapse of the bubble economy in the 1990s.

Movies seemed to be the next best thing, but the many Tomie adaptations and other movies based on Ito’s manga have proven that film studios are more interested in using his name to generate cheap J-horror flicks than capture the incredible artistry of his work. Perhaps the recently announced Tomie western live-action TV series can buck this trend, however.

But there has been a resurgence in interest for Junji Ito’s works in the past couple of years, mainly in the West, as publishers are picking up Ito’s manga for translation and publication, earning themselves a fair few high-profile awards along the way.

Teaming up with Toonami to more directly sate this western appetite for Ito’s horror with a compelling Uzumaki anime is, therefore, incredibly smart. It also speaks to Production I.G.’s forward-thinking nature as a studio that others should make an example of, for both commercial and artistic purposes.

We live in an incredibly exciting time for the world of anime and manga. While Junji Ito’s Uzumaki might depict the nightmarish destruction of society due to factors outside of its own control, its adaptation into anime should fill us with hope – that this medium has a future. And it’s terrifying.