Japanese V League Teams Up With Haikyu!! to Bring Schweiden vs. Jackals to Life 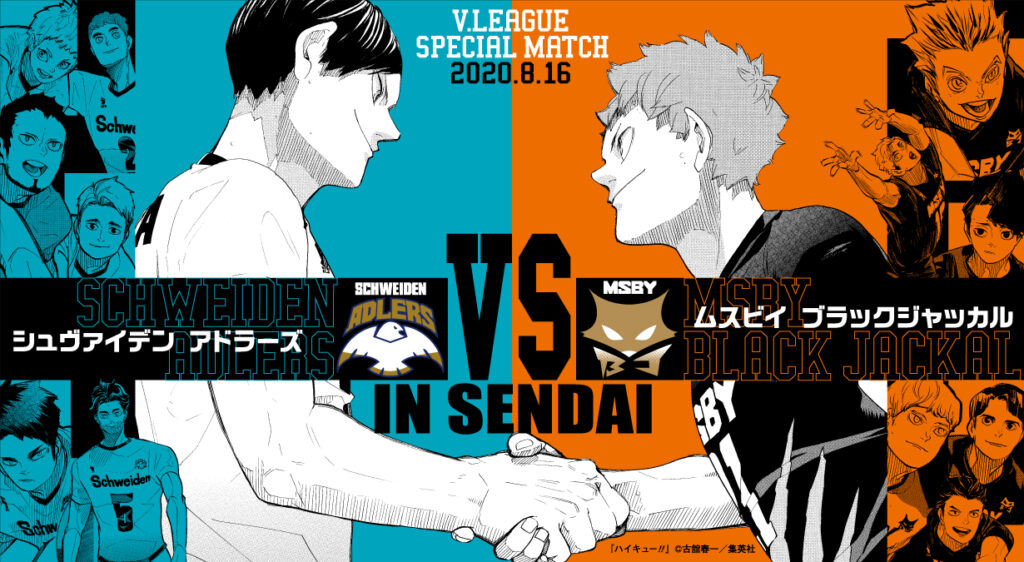 Haruichi Furudate’s Haikyu!! may have come to an end in Weekly Shonen Jump, but the fun is far from over just yet. Aside from the upcoming continuation of the TV anime, the Japanese V League recently put on a special Haikyu!!-themed exhibition match, which proved very exciting for both fans and creators alike.

Haikyu!!’s collaborative V League match took place on August 16 and saw professional volleyball players from across the country don either the uniform of the Schweiden Adlers or the MSBY Black Jackals. The intention, therefore, was to recreate the match that took place between the fictional teams back when Hinata and Kageyama were part of them – and the players were more than happy to oblige. 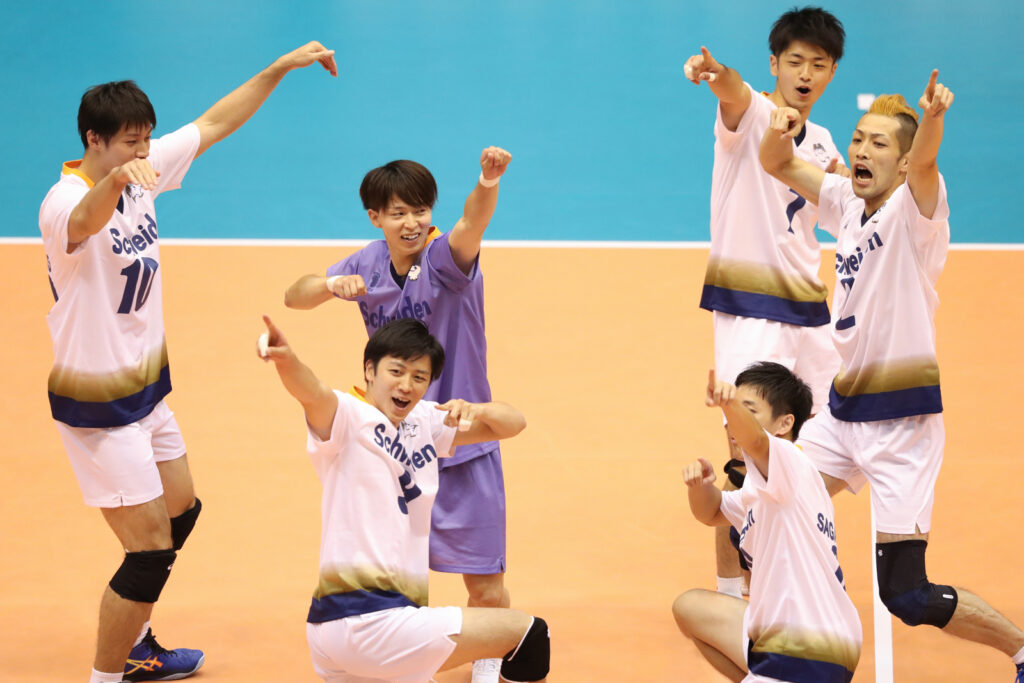 One particular moment that has been shared repeatedly from the Haikyu!! V League exhibition was when the Schweiden players, led by Hidetomo Hoshino of the Toray Arrows, reenacted the fictional team’s signature celebration. In reality, they did this multiple times over the match, showing how excited they were to be part of such a collaboration.

The Black Jackals were supposed to be led by Shouhei Yamamoto of the JT Thunders, but this was changed to Naoya Takano of the Sakai Blazers at the very last minute. Still, they played a good game, eventually losing out to Schweiden after managing to equalize in the second set. 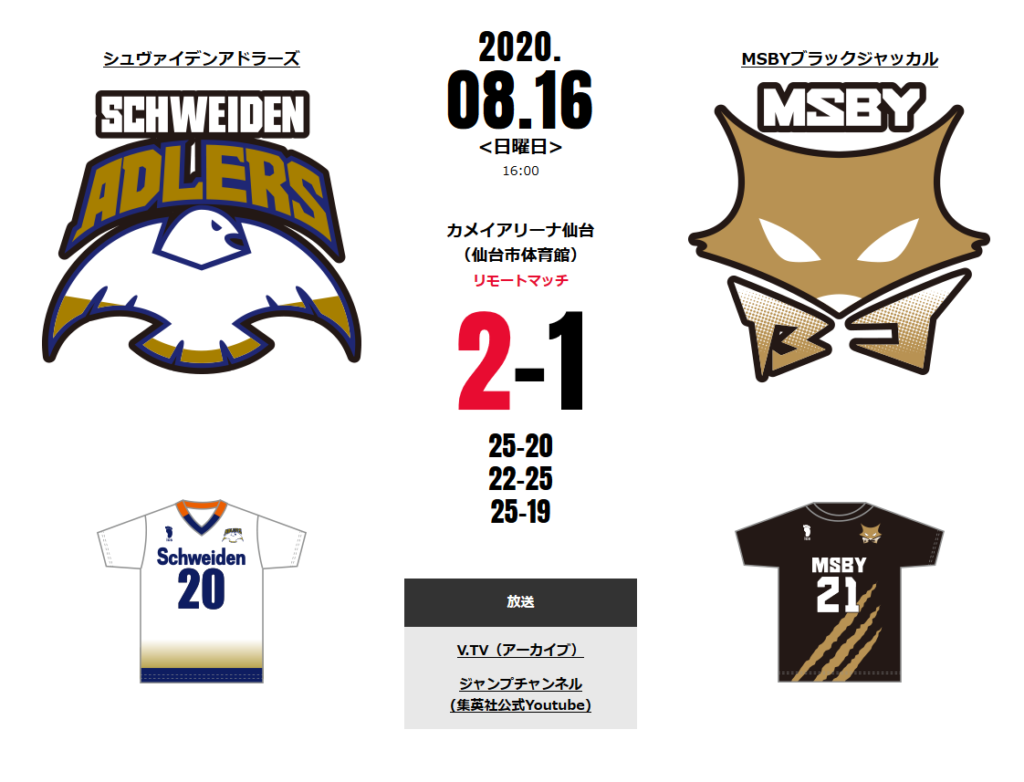 Perhaps it is no surprise that professional V League players were so happy to participate in this Haikyu!! collaboration when a recent issue of Monthly Volleyball featured many athletes who had been inspired by Haruichi Furudate’s series over the years. In a way, this was just their way of giving back – and what a treat it was.

Speaking of Haruichi Furudate, the author did attend the V League Haikyu!! match, but preferred to take pictures of his editor at the event rather than himself. He did, however, sign some volleyballs that were given away during the livestream and produced a special illustration for the event, which you can see below: 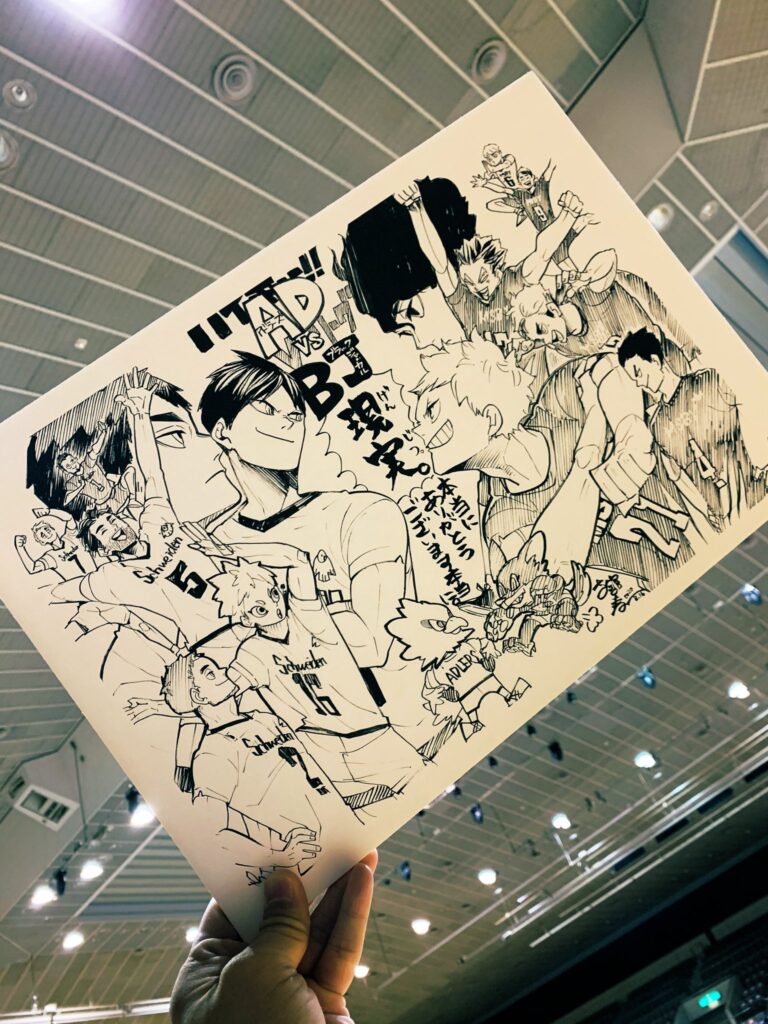 If you didn’t manage to catch this very special Haikyu!! x V League collaboration, then don’t worry: the full match is available to stream via the official V League website. You’ll have to sign up for an account to do so, but it’s fairly straightforward.