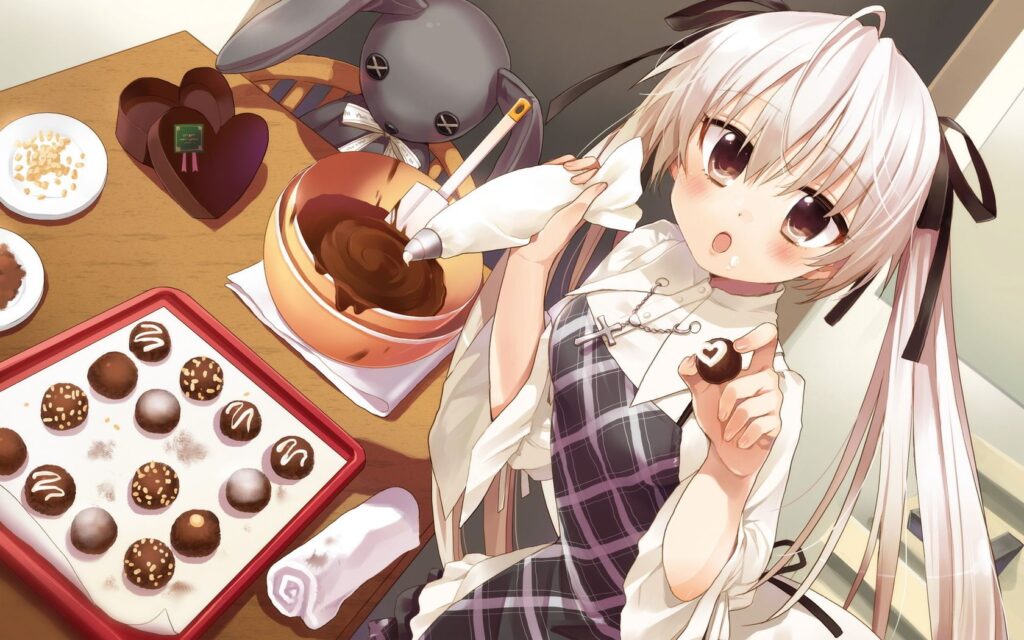 Imagine, ladies, the tried-and-true hallmarks of Valentine’s Day: a bouquet of red roses, a bottle of the finest Merlot, some Belgian truffles, and a fluffy teddy bear. Maybe February 14th will bring you a spa day, or you’ll find yourself opening a small black box with something sparkly inside. It might be a holiday marketed as a couple’s day, but let’s be honest, the fairer sex is often the one getting spoiled.

Gentlemen, if you’re looking to flip that around, how about a trip to Japan? Let’s call it an exercise in equality. The second week of February will see women all over the country preparing gifts for the men in their life! Just imagine getting some homemade chocolates from your crush.

Admittedly, Valentine’s Day often gets a bad rap here in the west, with detractors calling it yet another ‘Hallmark holiday,’ simply a ploy by companies to earn money from doting couples. Not much changed as the tradition headed east: Valentine’s appeared in Japan in the 1950s, imported by a chocolate maker. Hilariously, early advertising for the event completely misrepresented what the day was about, and people grew to believe that it was a day for women to shower men with affection, not the other way around. Now, all these years later, that tradition carries on, and this strange flip-flopped version of the classic holiday doesn’t seem to be going anywhere. Shops all over Japan sell some of the most gorgeous chocolates and sweets you’ve ever seen, with massive displays completely taken over as each February begins.

But that’s just the start. Men may be getting the gifts, but in traditional Japanese style, the rules are more complex than just handing out candy willy-nilly. So what’s the deal? 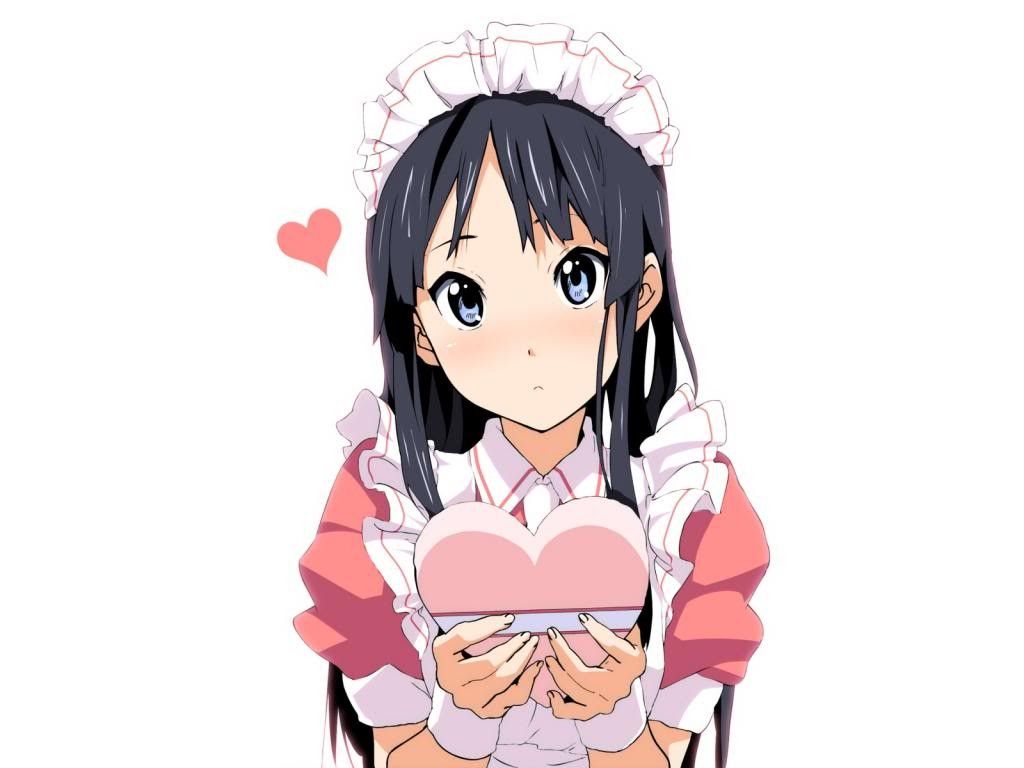 Valentine’s Day in Japan is simply a gender-swapped version of our own in the west. Can’t we just leave it at that? Of course not! Japan is a land of strict social norms and enough day-to-day rules to make anyone’s head spin. The holiday of love proves to be no different, as those handing out chocolate can’t simply give some truffles to their crush and call it a day.

When you are giving sweets to your crush, boyfriend, or husband, this is called ‘honmei-choco.’ The meaning translates loosely to ‘heart’s desire chocolate,’ which implies that you’re giving the gift out of genuine sentiment and not obligation, hence why these are often handmade. This leads neatly to the other major type of chocolate gifted on Valentine’s Day in Japan, called ‘giri-choco,’ or, you guessed it, ’obligation chocolate’. These are treats handed out to the other men in your life, perhaps your boss, coworkers, or family members. Think of it more of a token of gratitude for what these people have done for you over the past year. 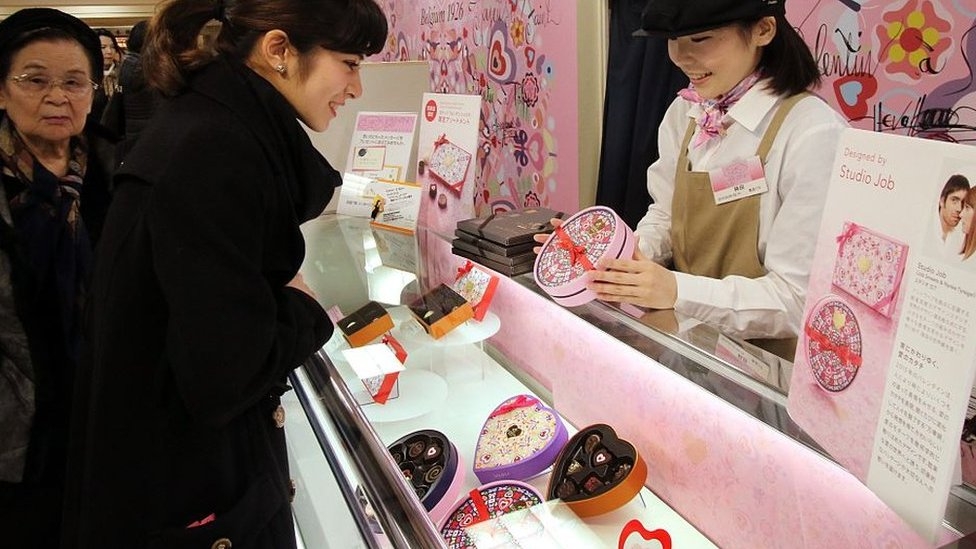 While these are the two major types of chocolate handed out on Valentine’s Day, more are mentioned from time to time. ‘Tomo-choco,’ or ‘friend chocolate,’ is given by women to their female friends, and are often quite fancy and luxurious. (This is a great reason to get together and enjoy it as a group!)

Of course, our personal favorite is ‘jibun-choco,’ or ‘personal chocolate.’ Yes, this is just buying chocolate for yourself. Sounds like a treat after remembering to get some for everyone else!

The Japanese people find respect, thankfulness, and reciprocity extremely important. If someone goes out of their way to do something for you, it’s your job to show them your appreciation in some form. Valentine’s Day left the country with a rather blunt conundrum: with all these gifts being given, didn’t men need a chance to return the favor?

About 40 years ago, a sweets maker in Fukuoka prefecture did the unthinkable: he created a brand-new holiday to serve that need: White Day, taking place on 14 March. When the tradition began in the late 1970s, the gifts men would present to women were expected to be white: from white chocolate and marshmallows to bags and clothing. Today, that tradition has faded, but the holiday is still going strong, having drifted across the waters to China and South Korea.

Those who received honmei-choco or giri-choco are expected to return the favor, and if you’re thinking a little chocolate bar will do, think again: these gifts are generally expected to be worth two to three times the amount of the original Valentine’s gift. Cha-ching.

The stoicism consistently attributed to Japanese people often erodes around Valentine’s Day, giving women a chance to express their true affections. While the holiday underwent changes as it migrated east, there’s also a certain charm in using these holidays to express the Japanese tenant of ‘okaeshi,’ or ‘gifts given as thanks after receiving a gift.’ It’s a vital part of the culture, deeply rooted in ages past. Even Valentine’s Day never stood a chance: it’s simply a newly revised extension of the island’s culture.

Think about your life and work: how many chocolates would you need to hand out this year? Would you enjoy Valentine’s Day in Japan, or does it sound stressful? (Personally, we’re just sitting here hoping that Kourakuen brings back their chocolate ramen. That was… something.)