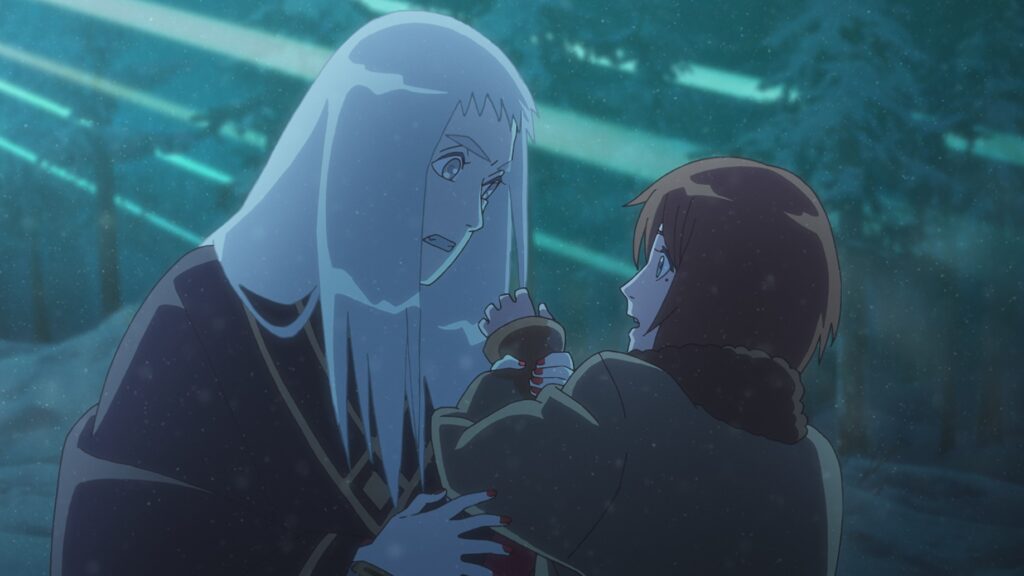 Having freed themselves from work on Attack on Titan, the team over at WIT STUDIO had the chance to move onto new things. Since the release of the last season of the anime that they worked on the company has already put their talents towards one original anime series in Great Pretender, which was eventually licensed by Netflix for worldwide distribution. It showed that, with the team being given the freedom to work on their own original projects, they had the potential to produce some rather unique series. Their latest work is another original project titled Vampire in the Garden, set for release exclusively on Netflix at some point in 2021.

Once, vampires and humans lived in harmony. Now, a young girl and a vampire queen will search for that Paradise once again. Here’s your first look at Vampire in the Garden, an original story from @WIT_STUDIO premiering next year. pic.twitter.com/9Z55Cn3ijV

This isn’t the first time we’ve heard about Vampire in the Garden, after the series was initially announced all the way back in 2019. However, at that time, little was known about the series other than a name, making it very easy to overlook and not give much thought on. Even in this presentation, it could be argued that some of the other announcements like Yasuke may have outshone this series, but with a plot synopsis, staff list and early images for the series are promising nonetheless.

The series follows two girls named Momo and Fine from different backgrounds and races, one being a human and one being a vampire. Together, they form an unlikely friendship that intertwines with the power of music. Ryoutaro Makihara, known for their directing work on Hal and The Empire of Corpses also animated by WIT STUDIO, with support from Hiroyuki Tanaka. Tetsuya Nishio is doing character designs and serving as chief animation director on the series. They worked on The Sky Crawlers in the same roles, which explains why these visuals remind me so much of that film. Shunichiro Yoshihara is the art director.

Vampire in the Garden is currently set for an unspecified date in 2021 for a worldwide debut on Netflix.