Video Girl AI Was A Delightful Product Of Its Time 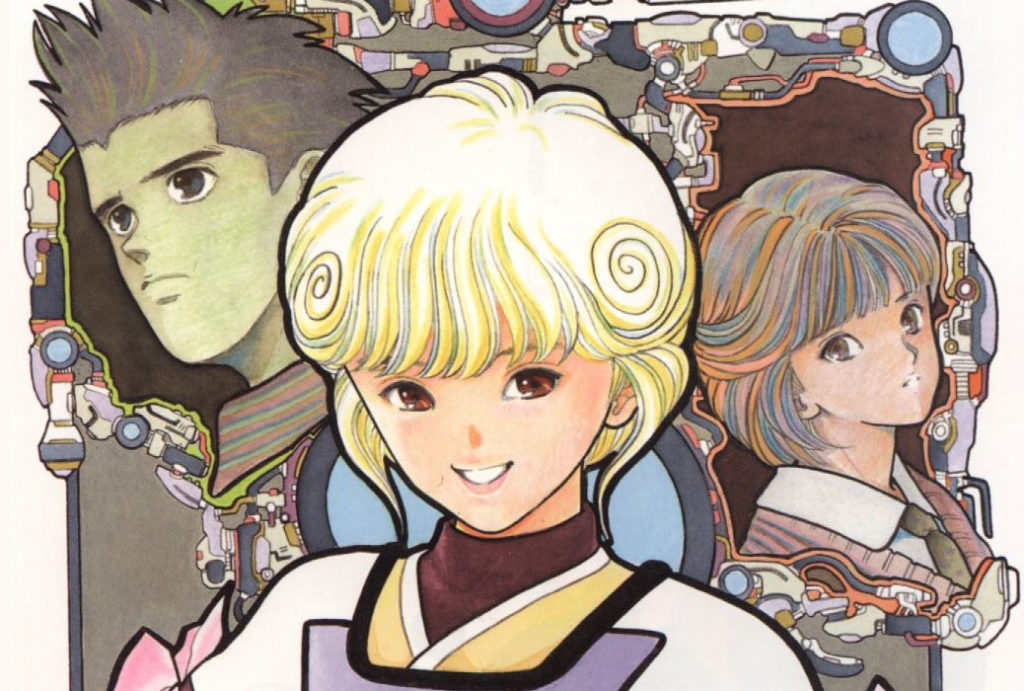 There’s more than one reason why a series like Video Girl AI wouldn’t come out today. For starters, VHS are all but gone from the world. Even in Japan where DVD rental stores are still somewhat popular, you just don’t see tapes in today’s era. Furthermore, this kind of boys oriented romantic comedy isn’t common anymore either.

These factors make Video Girl AI, a manga where a boy falls in love with a girl that came out of his VCR, more worth your time than ever. You just won’t find anything else like it airing today. Created by the man who went on to help create the smash hit Tiger & Bunny, Masakazu Katsura’s earlier rom-com work has taken on new meaning now is a product of a bygone era.

Katsura is more known as an illustrator these days than a mangaka, but back in its time Video Girl AI was quite the beast. It ran a full three years and lasted 14 volumes in Shonen Jump,quite an achievement for a magazine more known for its action than its romance comics. It’s part of the same legacy of comics that hit its stride with Kimagure Orange Road, but with an added (now) retro-futuristic twist.

One difference between Video Girl AI and a lot of other late 80s early 90s manga is that it doesn’t really feel like homework to go back to. It’s still a lot of fun and its silly designs are actually refreshing to see now that the 90s brand of ‘cool fashion’  and its iconic illustration style has made its way back around to being semi-popular again.

Being an OVA, The Anime Was Delightful But Too Short

The early 90s were a prime time for Original Video Animation. While the economic bubble burst in 1992, enough people had cashflow left over to dish out for single episodes at a time where tapes of shows that, free from TV broadcast constraints, had higher quality and generally crazier animation.

All sorts of classics like Mad Bull 34 MD Geist, and Harmageddon came out around this time as people could not get enough anime. The OVA period helped to deepen anime and otaku culture on the whole as these tapes, laserdiscs too, further defined collector culture. Maybe that’s why producers opted to turn this Shonen Jump comic into a six-episode OVA.

By all means the Video Girl AI anime is worth your time.

It looks good and retains all the charm of Masakazu Katsura’s original manga. At just six episodes, it’s a great way to sample the series without having to commit many hours of your life. Maybe you don’t have much experience with old school anime and you only just want to dip your toe in. Video Girl AI the show is perfect for that.

However it being six episodes is disappointing for those who wanted to see more of the story animated. The show ends at a good point, but with so much more material that could have been animated, it’s a shame the rest of the manga next made it to the silver screen

The Surprise Japanese Drama of 2018

You never know what series and what franchises will get resurrected and remade in these modern days. While remakes and reboots of Sailor Moon and Dragon Ball make sense due to their massive popularity, plenty of smaller less remembered properties are also getting second life.

Not that Video Girl AI doesn’t have its fair share of nostalgic older fans but it’s never been first on the lists of what people wanted to see more of. That’s one of the reasons that made the 2018 live-action J-Drama version of Video Girl AI  such a shock.It just existing at all, we mean.

Interestingly, the 2018 drama wasn’t a direct adaptation of the manga. Instead, it opts to tell a story set 25 years after the manga’s end starring the nephew of the original comic protagonist Yota. There are a few advantages for coming up with a move like his; In the modern era, people just aren’t watching VHS tapes anymore.

Plus freeing themselves from the shackles of an older story, the showrunners were able to create a drama entirely made for TV instead of taking a previous story and trying to make it work for TV. Finally, old fans weren’t getting just another rehash of a story they already knew and fans of the drama have something different to look forward to if they want to ever go back to the manga.

With the Video Girl AI drama essentially being a one and done story, its creators had to think outside the box to continue the show and its success. They come up with Video Girl Mai, which takes a character named Mai who is played by Mizuki Yamashita and turns her into the main attraction. Kind of a sequel, kind of a spin-off, it’s neat they took a somewhat unconventional route with the drama.