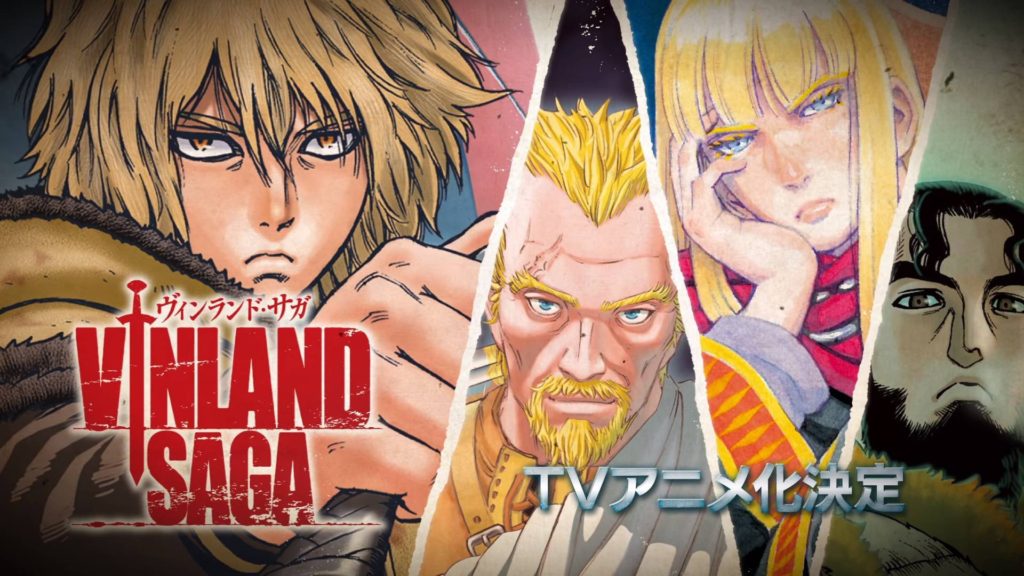 Makoto Yukimura is an absolute giant in the manga sphere, and believe it or not, that is due almost entirely to just a couple of standout titles. His first work, Planetes, is beloved by many for its gripping depiction of a future in which some of the lowest-paid members of a huge corporation are charged with cleaning up space junk. The anime adaptation of the same name saw some wild success among the sphere of hardcore sci-fi anime fans. It’s time to add the other Yukimura classic to the (likely) annals of time as Vinland Saga is finally getting the anime adaptation it deserves, by Studio WIT no less!

Relative newcomers on the block, Studio WIT have handled Attack on Titan, Kabaneri of the Iron Fortress, and most recently The Ancient Magus’ Bride. Check out the announcement trailer below.

In the announcement over on Comic Natalie, author Makoto Yukimura offered a lengthy comment, which I’ve translated below.

Hi, I’m Makoto Yukimura, the original author of ‘Vinland Saga.’ When I first heard the news about the anime adaptation from my editor-in-chief over at ‘Monthly Afternoon,’ I was frankly, quite worried about his health. “What is it?” I had asked, and when I heard that it was to be produced by the big talent over at WIT, I was blown away. How did they manage that? The very same WIT that produced ‘Attack on Titan’ and ‘Kabaneri of the Iron Fortress’… banzai! I’m not worried about a thing. The most I can do is really just stay out of the staff’s hair. In fact, I really just want to enjoy the ‘Vinland Saga’ as a regular audience member, and not from any sort of higher position. Everyone, sit back with me and prepare to be blown away by this godly anime. I’m so looking forward to it!

So there you have it. That’s as good as validation as any I suppose! If you haven’t checked out Vinland Saga as of yet, do be sure to check out the official manga release overseas by Kodansha Comics, and check out their synopsis below.

From the acclaimed author of Planetes. Winner of the Japan Media Arts Awards Grand Prize for Manga and the Kodansha Manga Awards.

As a child, Thorfinn sat at the feet of the great Leif Ericson and thrilled to wild tales of a land far to the west. But his youthful fantasies were shattered by a mercenary raid. Raised by the Vikings who murdered his family, Thorfinn became a terrifying warrior, forever seeking to kill the band’s leader, Askeladd, and avenge his father. Sustaining Throfinn through his ordeal are his pride in his family and his dreams of a fertile westward land, a land without war or slavery … the land Leif called Vinland.