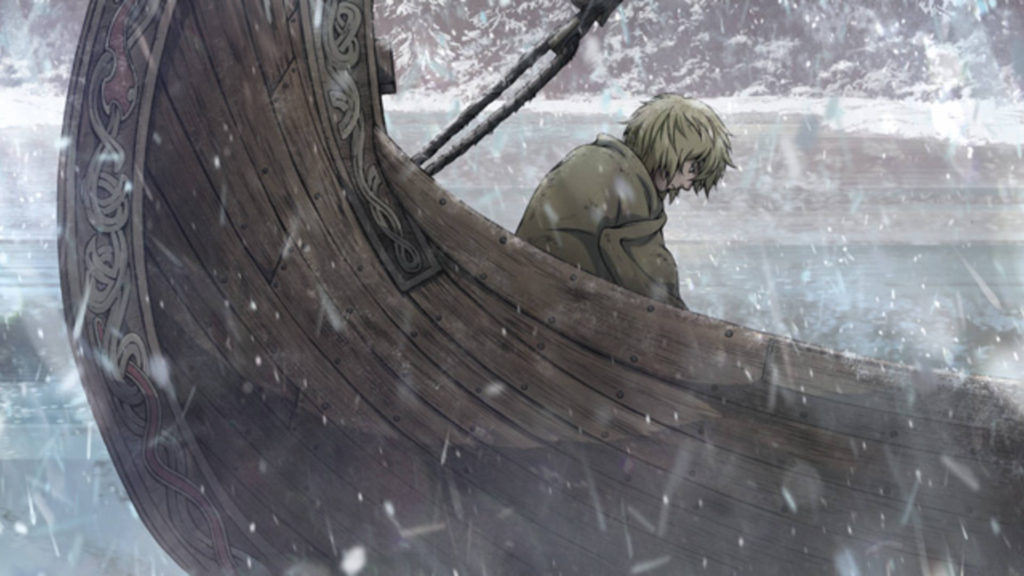 The announcement of an anime adaptation of Makoto Yukimura’s legendary manga Vinland Saga took many by surprise when it first arose, especially due to the long-shared ideology that the series is largely unadaptable for a number of reasons. If there was ever anyone brave enough for the task, however, it was going to be Attack on Titan and Kabaneri of the Iron Fortress producers WIT Studio, which is no surprise given their similarly visceral past productions. The announcement came in March of this year, and we’ve finally gotten some movement on the project beyond the previously revealed teaser

Earlier this week, we saw Studio WIT reveal the first key visual for the anime adaptation, one which sees protagonist Thorfinn sitting on a typical Viking boat amidst a snowy landscape, which definitely seems to capture the aesthetic of the series. The key visual also reveals a 2019 release date for the adaptation: Even more exciting than the key visual and release date, however, are the four key staff members that have been attached to the project. Directing the series will be Yabuta Shuuhei, who previously directed the Inuyashiki anime. While that series was underwhelming in many ways, his close relationship with WIT Studio through his CG work on such projects as Attack on Titan should ensure that production proceeds smoothly.

In charge of the series composition is Seko Kouji, currently hard at work on the anime adaptation of BANANA FISH, which is great so far. Handling the scripts will be Kenta Ihara, whose previous work on Youjo Senki was a large part of what made the series so fun. Finally, drawing up the character designs will be Takahiko Abiru, who has served as animation director on several episodes of 2011’s Hunter x Hunter and The Ancient Magus’ Bride.

The key staff also shared some comments on Twitter, with all of them expressing what an honor it is to be working on an adaptation of such an excellent manga.

While it’s good that the staff is passionate about the project, they certainly have a lot of work ahead of them. With artwork as detailed and visceral as Vinland Saga, they may have to cut quite a few corners given how strict content guidelines are on Japanese broadcast television – which risks the adaptation being a lesser version of the original. We’ve also still had no announcement that the project won’t be animated in 3DCG, and WIT’s hiring of several staff members experienced in 3D animation doesn’t do much to alleviate those fears. For the sake of the series, I hope that they can sort these problems out before it’s 2019 premiere.

Those interested in checking out further information on the upcoming Vinland Saga anime adaptation can head over to the series’ official website.