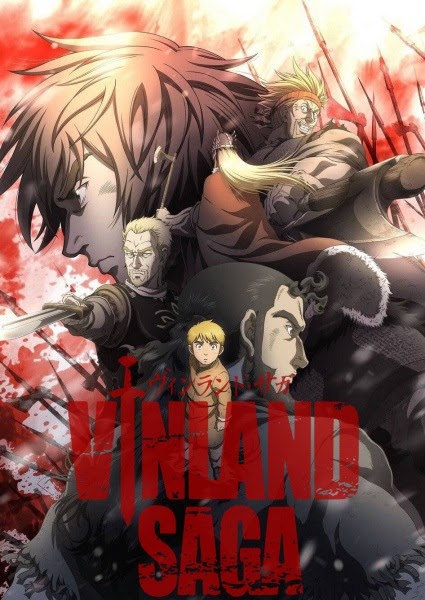 The past few years have almost felt like a renaissance for Vikings. You can’t really escape. Although some of you might not.

In recent years pop culture has seen the likes of Vikings in all sorts of fashion. There have been Viking television shows, the most popular of which was Vikings, which lived out six seasons on the History channel.

For many, it was the first big show that showed the lives and history of the Vikings, becoming a jumping-off point of Vikings. There were other shows as well, such as The Last Kingdom on Netflix and even more comedy based ones, such as Norsemen.

If those weren’t quite what people were looking for, then they could turn to Viking metal, with massive bands like Amon Amarth. They could jam out while playing Viking video games and perusing Viking inspired fashion.

So it only made sense then that a Viking anime would hit streaming platforms. What might have taken people off-guard (or at least those who hadn’t read the manga that inspired the show) was how massively popular it would be.

Enter the year 2019 where Vinland Saga got its anime debut, streaming currently on Amazon Prime. The show was announced in 2018 as the adaptation for the manga of the same name.

The manga itself was wildly popular, selling over one million copies of the first five volumes alone. It was initially released in the Weekly Shōnen Magazine before making the move to Afternoon. For those wanting to read it now, the series has been published in over twenty bound novels.

While the series was pushed towards young men, it found a broader audience, receiving numerous awards and accolades. It was constantly a high ranking manga on Taiyoshia’s top ten list of best sellers. It was nominated for the Manga Taisho award and even won the Grand Prize in the Japan Media Arts for manga.

To say the manga was popular might even be an understatement at this point. But then the adaptation happened. For fans of the manga, it was awaited with nervous anticipation. How could the series hold up to its beloved manga predecessor?

As it turns out, it could hold up really well. You know all those awards and nominations the manga series got? The anime seemed determined to win the same amount, if not more.

What is the story even about?

Well, Vikings. But as with Viking lore, it’s a heavy story rich in history, folklore, and a lot of bloody battles. The plot itself follows mostly Thorfinn, a teen warrior with a heavy past. We follow him through 1013 AD England where he initially dreams of seeing a wondrous place called Vinland.

Thorfinn’s father, Thors is an old Viking commander, who simply wants to live in peace with his family in Iceland. But nothing good ever seems to last and Thors is slain by Askeladd. Thors was known as one of the most powerful fighters out there, and his son inherited that power.

Driven by grief, Thorfinn tags along with Askeladd in the hopes that one day he’ll be able to slay him in a duel. In a cruel twist of fate, however, in order for him to be able to duel Askeladd, he must work for him, in order to prove himself worthy in a way.

Thorfinn navigates a tricky world. He yearns for a paradise where there won’t be bloodshed, violence, or chaos. But he grew up listening to stories of grand battles and knew people that fought simply for the love of it.

While Thorfinn has his father’s strength and hot-headedness, he also has a hearty dose of rationale. He doesn’t fight for the love of it. Instead, it is out of necessity. The realm he occupies is rife with war that grows worse every day, with England on one side and the Danes on the other.

The story follows Thorfinn as he strives for that idyllic paradise that seems so very far out of his reach. But it’s a struggle to reach it, as he yearns to not only avenge his father but to make him proud. 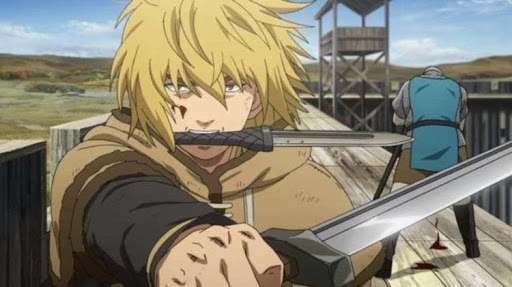 The series is an epic saga that pulls from classic tales straight from history. There are characters we’re sure to have met before to those that are completely new. Some are the princes Harald and Canute, both struggling to ascend the throne.

Much like the sagas it pulls inspiration from, the series features characters that are so incredibly well rounded it packs an almost visceral punch. When characters die, we weep (and there sure are a lot of people that die), and when characters succeed we cheer.

It’s not often a show elicits such an emotional response with people. Vinland Saga does it with what feels like ease. Nothing feels out of place and almost everything seems incredibly intentional.

While the characters could elevate any show out of obscurity with how well they are written, it’s not needed in the case of the series. Instead, they amplify things that were already spectacular. Namely, the story and the animation.

The animation is, to put it simply, beautiful. It feels both modern and classic simultaneously, drawing in the eye to every moment no matter how trivial it might feel. It’s enough to enchant any fan of television.

But no matter how gorgeous the animation would be, it wouldn’t mean squat if it was an empty story. Sure, shows like that have existed before. Stunning graphics and a pretty ‘meh’ storyline.

This is not one of them.

It’s difficult to describe the story without taking pages and pages to describe it. Fans of classic Viking and Norse sagas often laud the amount of detail taken to tell these stories, which often make them super long.

For most, that’s not a problem. It’s just a richer story told over a longer time. It’s part of the draw for multiple genres, such as high fantasy. It takes a lot to not only build the world but everything that happens within it.

Vinland Saga pulls this off without having to feed it to the viewer. The world-building happens organically. And that’s part of the beauty of the show.

If people aren’t into anime, chances are you’re not going to show them something like Naruto to sway their minds. But something like Vinland Saga might work quite a bit better.

It has something for anyone outside of anime, from history buffs to those who crave well-written drama. Plus, they can’t really argue over something that won “Anime of the Year” and has arguably one of the most shocking season endings in anime of the past few years.