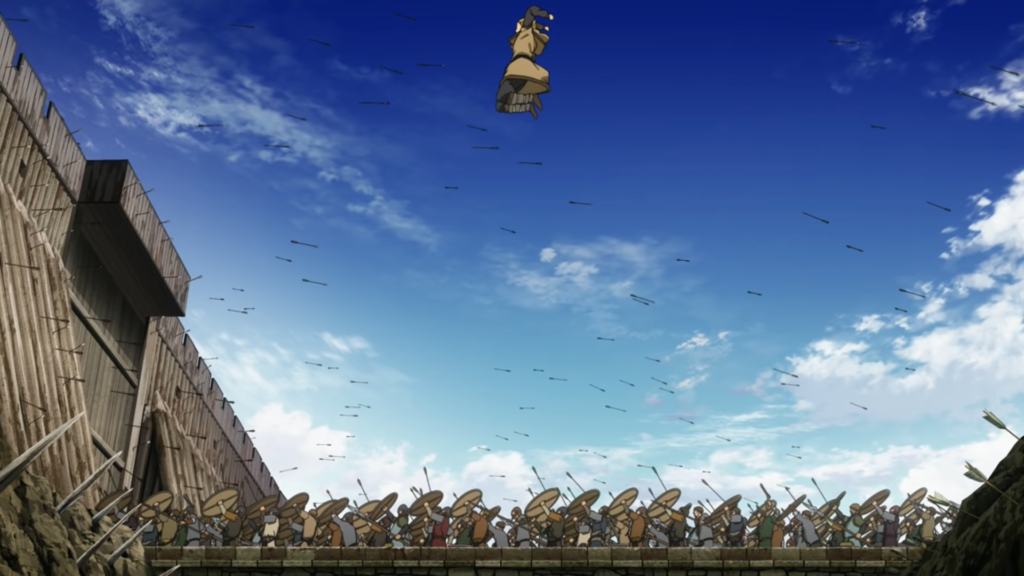 Who’s ready for a gosh darn viking anime? In an intense and beautifully animated minute and a half long trailer, things are looking promising for the upcoming Vinland Saga. The grittiness and raw energy aside, the trailer also announced a lot of information about the show that wasn’t previously known. The show will run for 24 episodes and exclusively air on Amazon Prime worldwide, debuting on July 7 around midnight. Kensho Ono, Naoya Uchida, and the Japanese voice of Solid Snake Akio Ohtsuka were revealed to join the Vinland Saga cast. WIT Studio will be producing the series with Shuhei Yabuta directing. Check out the powerful and wild trailer below.

WIT Studio is definitely a perfect fit for Vinland Saga. Best known for bringing the colossal Attack On Titan to life, Vinland Saga definitely shares a similar European aesthetic and taste for battle. The series stars a boy name Thorfinn who’s father, a renowned Viking leader, meets death in battle. Wanting revenge for his father, the boy eventually becomes involved with a war over England. It definitely sounds like something WIT Studio, who also did Kabaneri Of The Iron Fortress, will excel in making exciting week to week.

The original manga debuted all the way back in 2005 by Makoto Yukimura, previously known for the critically acclaimed Planetes. The Vinland Saga comic has won two illustrious awards including the Kodansha Manga Award in 2012 and the Grand Prize for manga in 2009 by the Ministry of Cultural Affairs’ 13th Japan Media Arts Festival Awards. It’s a work a lot of people have wanted to see animated for a long time and if this trailer is a proof of concept for the July anime, fans and newcomers alike shouldn’t be disappointed.