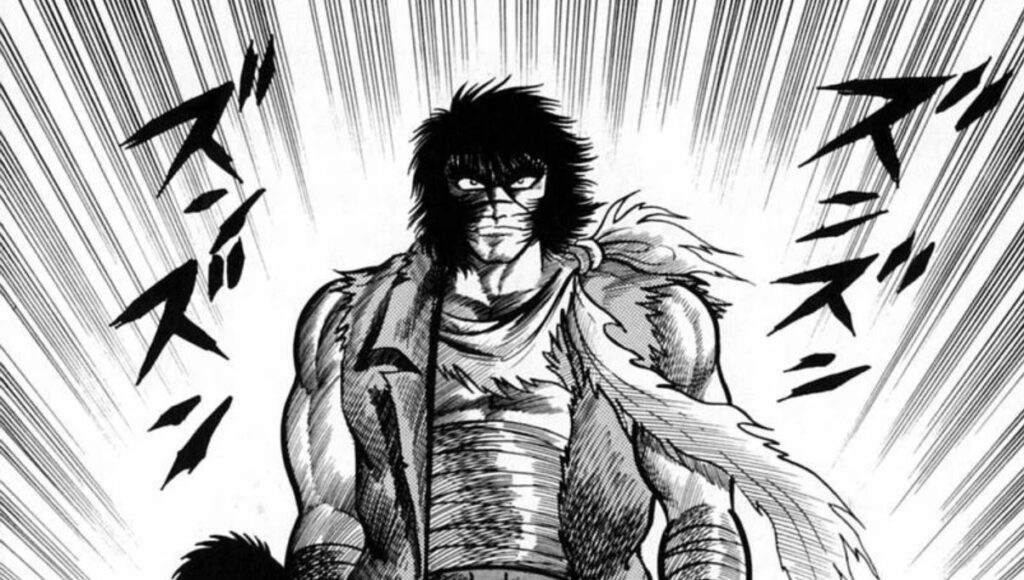 Did you think Devilman was a particularly violent series? By far the most X rated out of the manga legend pantheon, Go Nagai has another work in his canon that makes Devilman look like Doraemon. In fact, it’s his longest-running series, coming in at about 45 volumes over three separate iterations. Normally, its name is only hushed by the bravest of manga readers, or by old-taku oldheads who checked out the old ‘so bad it’s good’ OVA. Violence Jack forces us to invoke its notorious name by making a surprise return, with frequent Nagai collaborator Yu Kinutani doing the pencils for the upcoming Violence Jack 20XX.

No, that cover is from Nagai’s original manga. Unfortunately, despite the fact that manga comes out in less than a month, no art has surfaced yet. Yu Kinutani has a hell of pen-game though, so you shouldn’t worry. Violence Jack interestingly did a Mad Max / Fist Of The North Story ‘hell on earth’ type story years before the latter turned the former into a manga. Violence Jack 20XX will also see a great Kanto earthquake turn Tokyo into a living apocalypse, but taking place in the modern-day.

You might be off-put by the fact that Go Nagai isn’t handling the entire creation of the manga himself. At 75 years old, you can’t expect even the prolific Nagai to work as hard as he used to, though he did just finish up the long-running Devilman Saga and has more than earned a break. As previously mentioned, Yu Kinuyani has worked closely with Nagai, and Katsuhiro Otomo for that matter, perhaps best known for the manga Amon, which leads to the most violent iteration of animated Devilman. Kinutani’s art imparts a certain gravity to his works that could lend itself quite well for what Violence Jack 20XX will attempt to do with modernizing its Apocalypse story.

The Horror in Violence Jack