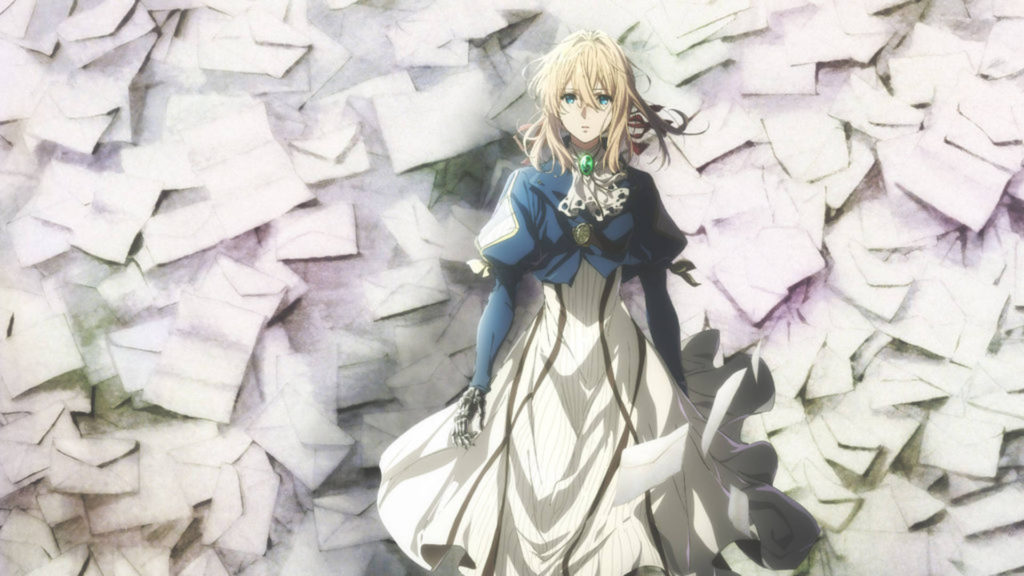 It’s been a long wait for fans of Kyoto Animation in the United States when it came to watching the Netflix-exclusive Violet Evergarden, but it seems that wait is finally coming to a close. While much of the rest of the world was logging into the online streaming service weekly to view episodes simulcasted alongside their airing in Japan, the United States had been exempt until the full series finished airing for “binge-viewing” purposes, as Netflix likes to put it. Listed for an April 5 premiere date in the United States, it’s time to catch up on the series’ first season.

Originally airing in Japan on January 10, and becoming available in select regions internationally on January 11, it’s taken almost four months for the US to get their hands on the visually spectacular series. Originally catching the eyes of the anime fandom at large following the release of the first CM which utilized some of the most complex animations in a very long time, it immediately hit the must-watch list for many including myself. For those of you unfamiliar, you can find the series’ full synopsis below:

The Great War finally came to an end after four long years of conflict; fractured in two, the continent of Telesis slowly began to flourish once again. Caught up in the bloodshed was Violet Evergarden, a young girl raised for the sole purpose of decimating enemy lines. Hospitalized and maimed in a bloody skirmish during the War’s final leg, she was left with only words from the person she held dearest, but with no understanding of their meaning.

Recovering from her wounds, Violet starts a new life working at CH Postal Services after a falling out with her new intended guardian family. There, she witnesses by pure chance the work of an “Auto Memory Doll,” amanuenses that transcribe people’s thoughts and feelings into words on paper. Moved by the notion, Violet begins work as an Auto Memory Doll, a trade that will take her on an adventure, one that will reshape the lives of her clients and hopefully lead to self-discovery.

If you’re curious to check it out, or have been waiting an entire four months to get your Violet Evergarden itch scratched, you can find the series on Netflix, here.