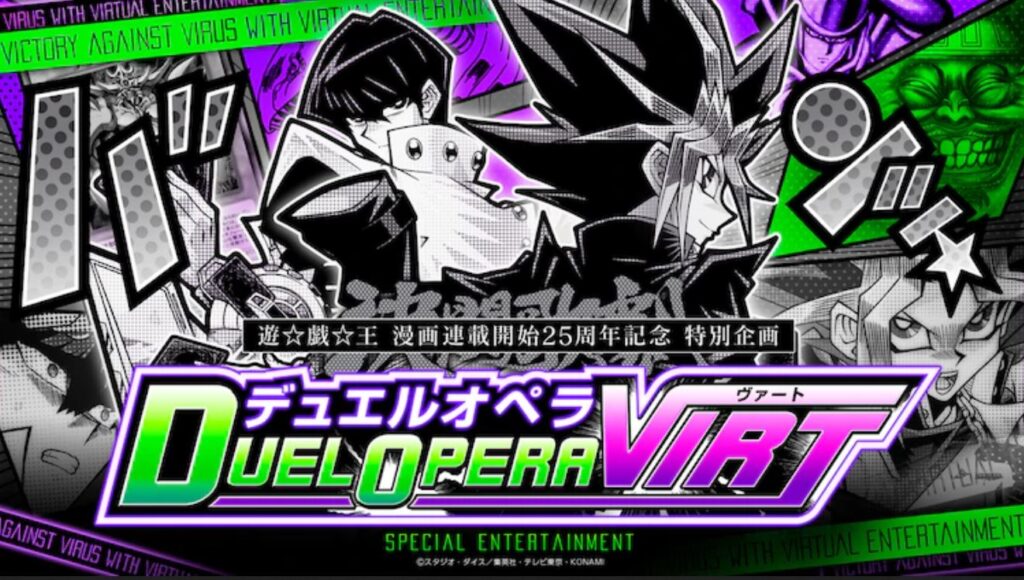 While the franchise continues on with its billions in card sales and its latest anime iteration, the first Yu-Gi-Oh! has remained dormant for a few years now. 2016 saw the release of Yu-Gi-Oh! The Darkside Of Dimensions, a full-fledged film sequel to the original you knew and loved, scripted in part by series creator Kazuki Takahashi. A post-credits cliffhanger pointed towards a future return, but we’ve yet to see our card game equivalent of Dragon Ball Super. Next week’s online Jump Festa, another in a line of physical events forced digital via Covid, will provide a treat for long time series fans: a Yu-Gi-Oh! themed Duel Opera you can watch in virtual reality. Yes, you read that right.

Jump Festa has actually been hosting Duel Operas for the past couple of years. You might be confused as to what those two words together mean (we were too) but it turns out you could go watch ‘trained professionals’ live duel with a backing orchestra. Whether these duels are kayfabe like wrestling or unscripted, who’s to say. This iteration of the card game Opera is special for two reasons; first, you’ll be able to stream it in VR. They’re actually titling the damn thing ‘Duel Opera VIRT‘ alluding to the VR, but that’s not all as the infomercials say.

For the first time in four years, the original voices of Yugi Motoh and Seto Kaiba will be performing together once again. Actors Shunsuke Kazama and Kenjiro Tsuda (who will be starring as Tatsu in the anticipated Way Of The Househusband anime) will be the two facing off in this virtual reality duel opera. Said opera will be streaming on the series’ official card game channel on 19 and 20 December only, during the Jump Festa event. Here’s hoping they stay in character for the fans.

The Yu-Gi-Oh Duel Opera comes to Virtual Reality on 19 December.