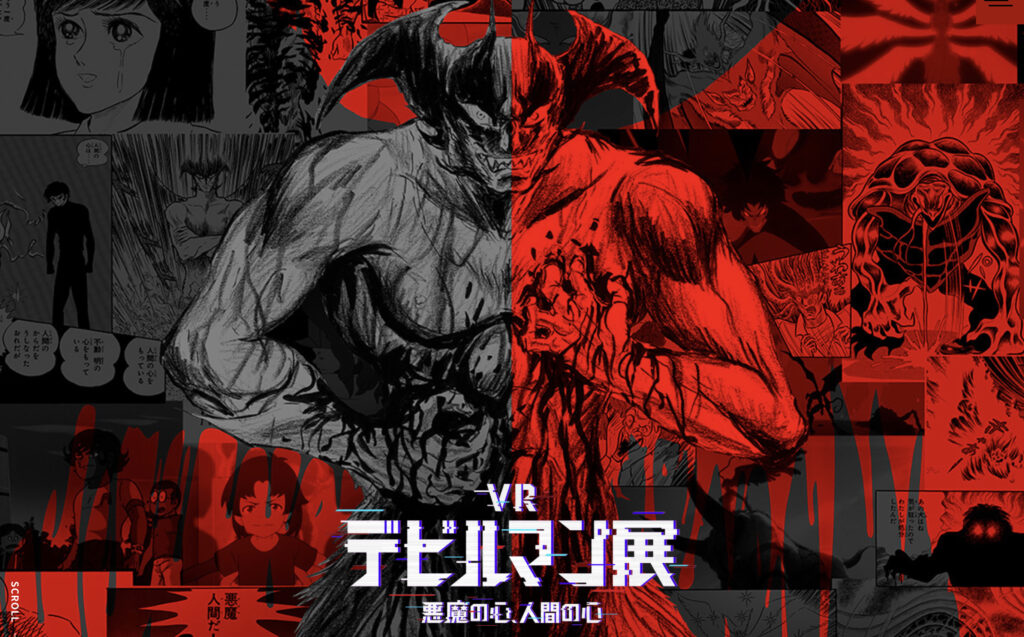 A VR exhibition for the Devilman series titled Devil’s Heart, Human’s Heart has been announced, allowing people to learn more about the history of Go Nagai’s iconic franchise in virtual space.

Over the course of 50 years, Go Nagai’s iconic manga series has been interpreted and reinterpreted in multiple ways, most recently with the Masaki Yuasa Netflix series Devilman Crybaby. Devilman was a series born from the anti-war fervor surrounding the Vietnam War and the student protests of the era it was released within, but the series and characters themselves have changed and been interpreted as representative of change in future adaptations, while its characters and imagery remain iconic.

Considering this legacy, it makes sense that Devilman would be the latest series to undertake a virtual exhibition.

To access the Devilman: Devil’s Heart, Human’s Heart virtual exhibition, you need to download the special application powered by Virtual Utopia for PC or VR headsets. A freely accessible hub is available upon entry, but you must buy a ticket to view the impressively sculpted exhibition beyond. Each area is themed on a different idea, such as ‘desire’ or ‘fear’, which capture the thematic ideas of the series while being accented by panels and imagery from the manga and subsequent adaptations, including Devilman Crybaby.

Without the limits of a physical space, effort has been put into sculpting a virtual venue that embodies what Devilman is in a way that isn’t possible in a real venue.

The Devilman: Devil’s Heart, Human’s Heart virtual exhibition will run from 28 April until 31 May, with different ticketing options available. A 1-day ticket costing 2200 yen will allow guests into the virtual exhibition at a designated time and date, while an all-day ticket costing 5500 yen will allow any number of visits during the event period. A premium ticket only available in Japan will include various B4 posters featuring art from Yuzo Takada, Kazuharo Fujita, and Ryoji Minagawa, alongside a pamphlet will cost 14300 yen and be limited to just 1000 units.

An audio guide by voice actors Megumi Han and Tomokazu Seki is available separately for 550 yen, special free talks about the series featuring Nagai and more will be available to view in the application and on YouTube, and a series of shirts will be sold online. Details on sales and access to the exhibition can be found over on the event’s official website.