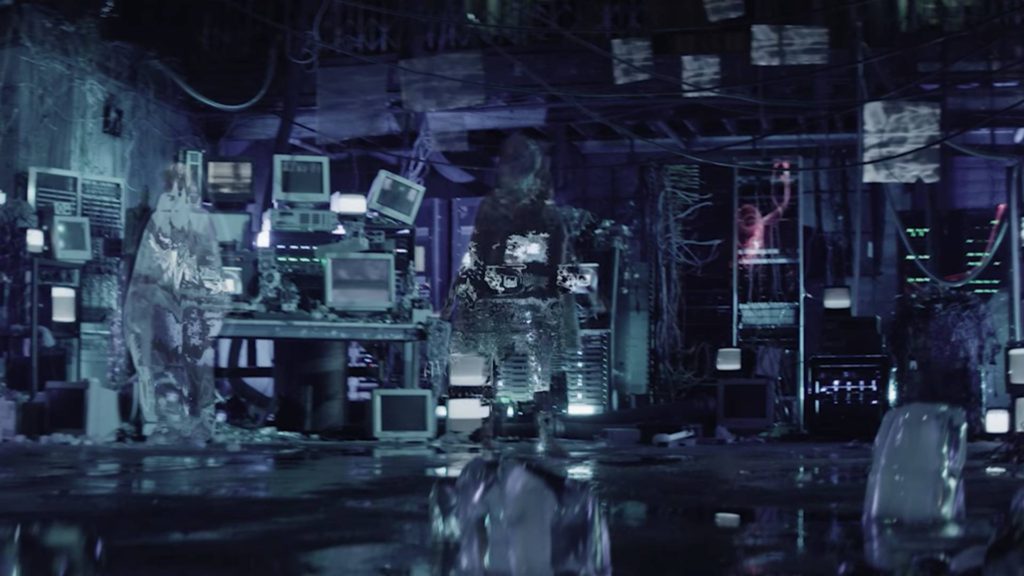 Virtual Self has proven themselves to be one of the most ambitious musical projects of this year. When Porter Robinson first announced his side-project through the release of the rapid-fire “EON BREAK” late last year, it not only ushered in a mainstream appeal to a genre previously ignored by the masses, but it also opened the floodgates for Porter to share a number of emotions unable to be expressed in any other way. That same feeling has returned once more in Virtual Self’s latest ’00 internet-tinged music video for “Ghost Voices.”

Let’s just get this out of the way — I’m absolutely in love with this music video. From its eerily Shin Megami Tensei-esque vibe, all the way to the clear callbacks to games such as beatmania IIDX and Dance Dance Revolution, it strikes just about every right chord. The initial boot up sequence in the music video rips listeners into the digital world, questioning their every move as both Pathselector and technic_angel whisk them away on a journey into ones e-lifestyle.

What comes next for Virtual Self and the characters that it finds itself built upon remains a mystery, but you can bet I’ll be following it every step of the way.