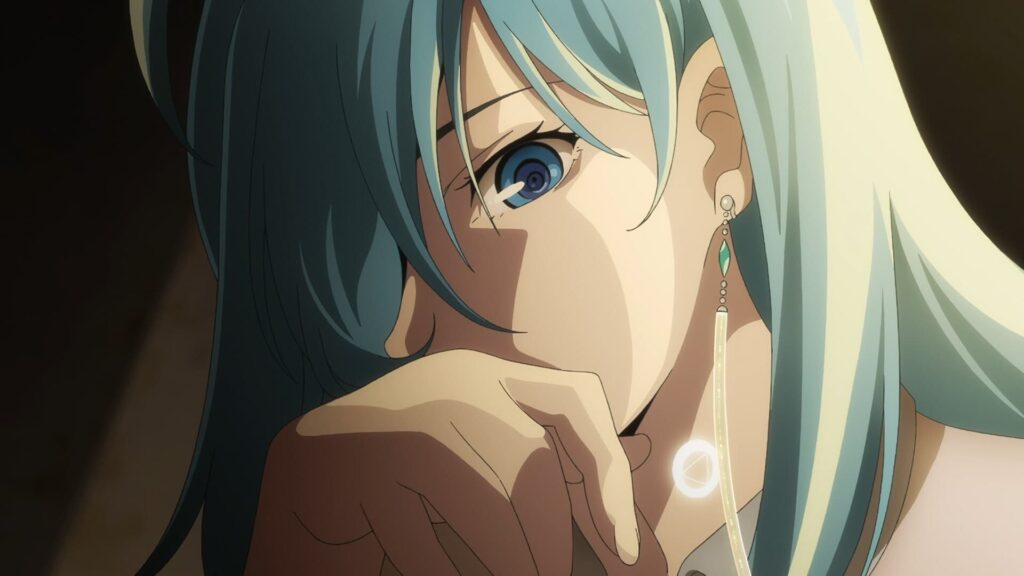 Again, WIT Studio has dipped its fingers into another unique and hard-to-explain creative project. Vivy -Fluorite Eye’s Song- may not be a title that rolls off the tongue, but it does manage to be a distinctive visual experience, with a plot more substantial than anticipated from early images and initial hype. Expectations are high.

A.I. theme park NiaLand uses science (not magic) to bring the dreams of its patrons to life. The first autonomous android to hold a position in the park, Vivy (or Diva, as her manufacturers dubbed her) only exists to make people smile with her songs. When Matsumoto, a robot teddy bear from the future, appears, he breaks some pretty terrible news: 100 years into the future, AI and humans are no longer living in harmony. A war between the two races is ravaging the planet, and something needs to be done to stop this damned future from happening. 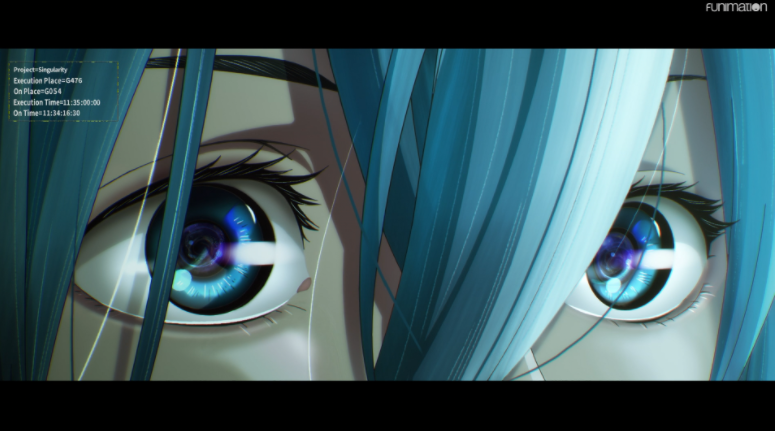 Beginning as a completed concept novel co-written by Tappei Nagatsuki (Re:ZERO) and Eiji Umehara (Chaos;Child), the anime adaptation was made easier by this approach; it was a fully realized blueprint of the characters’ personalities, and with work beginning on the project back in 2016, Vivy -Fluorite Eye’s Song- has had ample time to morph and evolve into what we’re seeing on the screen today. It sounds interesting right out of the gate, but did the first two episodes manage to hook me? Or are I feeling uninspired?

The first episode of the series doesn’t coddle. There’s an instant juxtaposition of peppy Vocaloid-esque idol pop and rivers of blood; NiaLand’s neon parade floats trample innocent people, and the seats surrounding the main stage are littered with bodies. With a 13-episode run, we can pray that this lack of filler will continue. This delightfully gory intro shows that Vivy is going to have her work cut out for her: what could have happened to turn this wonderland theme park into a killing ground? 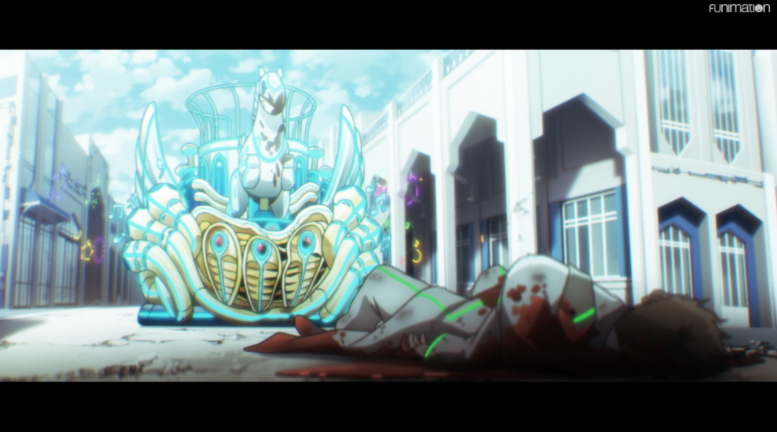 It isn’t surprising that a WIT Studio production has such continuously smooth and satisfying animation throughout, and even less surprising that composer Satoru Kosaki (Monogatari, Beastars) has created such a masterful score. Even Kairi Yagi, who provides the opening theme ‘Sing my Pleasure,’ excels in her role as the titular Vivy, managing to sound both robotic and warm in equal measure. It would be easy for her character to be empty and lifeless, but there’s something about her character that makes us want her to thrive.

Vivy has promised a friend that she’ll someday be able to sing on NiaLand’s Main Stage, and this lofty goal can only be accomplished by channeling the same emotional depth into her songs that humans can. How the series is going to balance a human vs. android war AND Vivy’s journey to become a beloved pop star is beyond me, but I have my fingers crossed that it manages to find a way to tie up every loose end, as improbable as it seems. The first episode is hard not to like, even if these questions plague us. 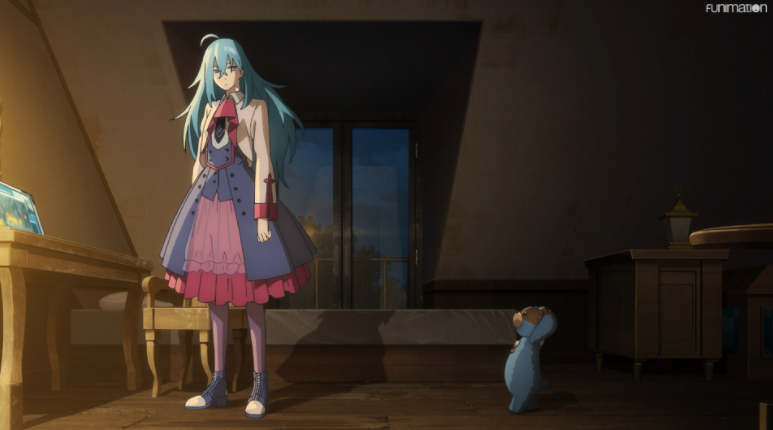 Collapsing and finding herself in a strange middle-space, our diva meets the very chatty Matsumoto who, depending on who you are, will either irritate you instantly or grow on you like a fungus. He’s full of bad jokes and fast-paced info dumps, and is the perfect teammate for our singer extraordinaire. ‘Over the next 100 years, I want you to help me destroy all the AIs’ is a pretty tall order, but Matsumoto has no problem cutting to the quick. It’s that fast pace that has us ready to support Vivy -Fluorite Eyes-.

Please, WIT, don’t make us regret it. Vivy could be one of the best new series to come out of the 2021 season… but only if it keeps up this pace.

Vivy -Fluorite Eye’s Song- is currently available to stream on Funimation. A novel, Vivy prototype, will ship in Japan on 30 April.