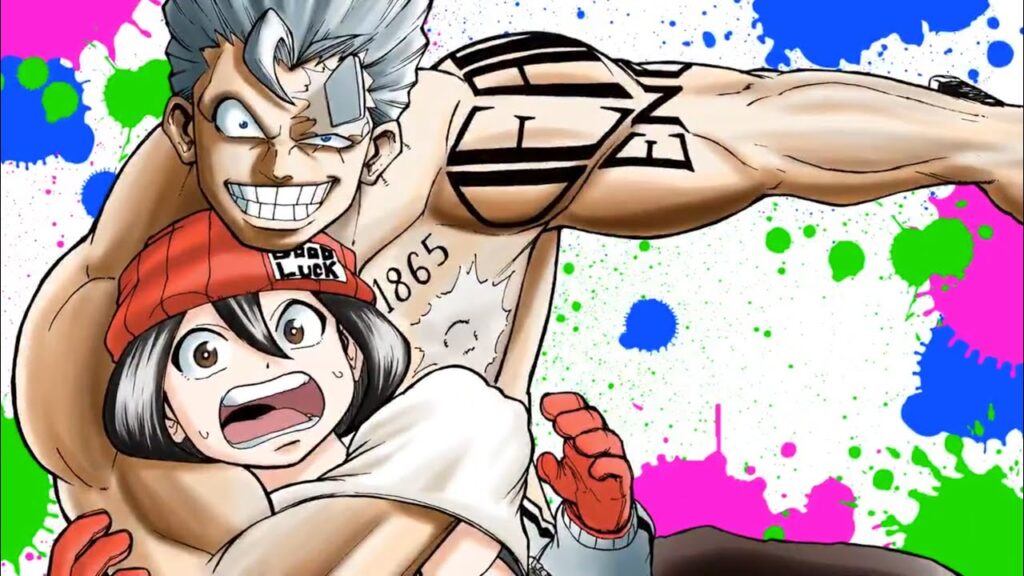 Given that we’re about two years out from VIZ Media’s initial changes to their Shonen Jump service, it goes without saying that it’s pretty good. Consumer friendly at only $1.99/month and offering the latest chapters for free in high quality, it has completely negated any need to use unofficial scanlation sites.

What’s more, the service now translates every single series published in Weekly Shonen Jump, allowing overseas fans to ape the magazine experience: this puts them on a level playing field with Japanese fans. This is a truly momentous achievement that should be talked more about, to be honest!

With that in mind, what’s worth reading on VIZ Media’s Shonen Jump for 2021? We’ve already put together some other guides to good manga before, but this one’s specifically about series published on the service. This is also the second such guide we’ve produced, the others being for 2019 and 2020.

Synopsis: Fuuko Izumo is an unlucky girl about to take her own life when she comes face to face with an undead who also wants to die! Part love comedy, part battle manga, all madness.

When we said last year that Undead Unluck might be a ‘stroke of good luck for the magazine,’ we weren’t kidding. Yoshifumi Tozuka’s bombastic series has only continued to grow in popularity since then, winning the Tsugi ni Kuru Manga Awards 2020 in the print manga category. And its strong sales performance meant that it was one of the pillars of the magazine heading into 2021.

Critical reception and sales alone aren’t the reason why you should read Undead Unluck, although this may serve to pique some readers’ attention. Instead, you should read this series on VIZ Media’s Shonen Jump because it is endlessly creative, exciting, funny, and even a little emotional.

That being said, Undead Unluck does fall down when it comes to narrative development. As we warned back in July: ‘If Undead Unluck does fail… it shall be because of its own failings.’ This mainly concerns its handling of big plot reveals and some characters’ back stories. Those problems haven’t come to bear just yet, but they may very well do so in the future.

Synopsis: High school student Taiyo Asano gets more than he bargained for when his childhood friend Mutsumi turns out to be the head of a legendary spy family. Even marriage doesn’t stop the chaos!

If we ran an awards show based on manga available to read via VIZ Media’s Shonen Jump, then Mission: Yozakura Family would definitely get ‘Most Improved.’ Since debuting close to two years ago, it has pulled through some rough early patches to become one of the most consistent and artistically adventurous series around. That alone makes it worth checking out.

And yet, it’s important to say that the first thirty chapters or so are still quite bad. That might present quite a big barrier to entry for a new reader. What might give you the motivation to soldier through some infuriating writing, though, is the promise that what lies at the other side is a spy battle manga with a very compelling power system.

Sound like your cup of tea? Get on it.

Synopsis: Kafka Hibino once made a promise with his childhood friend to join the super elite Kaiju Defense Forces. Twenty years later, he’s stuck working a deadend job cleaning up after giant monsters… until misfortune strikes.

Here’s another battle manga that’s been in the news ever since it started: Kaiju No. 8. Not only was it one of Jump Plus’s biggest online hits (far outpacing the likes of SPY x FAMILY), its debut volume also managed to become the highest-selling first volume in 2020. That’s impressive.

Even so, I can’t quite bring myself to wholeheartedly recommend Kaiju No. 8. Like many others, I really enjoyed the initial premise, seeing a lot of myself in the downtrodden Kafka, but that simply isn’t the story anymore. A move to the Defense Force training academy precipitated a move towards a more World Trigger-like formula, which I bailed on a while ago once I saw how little progress was being made.

Do you really have that much to lose, though, when VIZ Media’s Shonen Jump offers the first three chapters for free? Not really. Go check out 2020’s biggest hit and see what you think for yourself.

Synopsis: A sleepy seaside town is turned upside down one day when Magu Menueku, primordial being and God of Destruction, washes up on shore. Gags and gods galore!

Some people like to call Magu-chan an iyashikei, but I think that devalues just how much work Kamiki Kei puts into a series that relies more on strong characterization and dialogue than feel-good country antics. Seeing just what sort of trouble Magu and friends get up to next never gets old!

That doesn’t preclude that it has that kind of appeal, however, so if you’re after something lighter to go alongside all of the pretty serious battle manga (sorry!) introduced so far, then go check this one out on VIZ Media’s Shonen Jump.

VIZ Media’s Shonen Jump isn’t just a one-to-one replica of the Weekly Shonen Jump magazine, although it does translate everything currently published in it. Sometimes, the service picks up manga from other magazines in the wider Jump family: one such example is Moriarty the Patriot, published in the monthly Jump SQ.

Have you ever wondered what the classic stories of Arthur Conan Doyle would look like from arch nemesis Professor James Moriarty’s perspective? Well, the answer is a whole lot more gray: we can’t help but sympathize with his attempts to make the imperial elite pay for their horrendous treatment of the British working class.

Chapters are only being added to the digital vault as the physical volumes release, so there’s not actually a whole lot of this series available on VIZ Media’s Shonen Jump at the moment. What is there, at least, provides a more intellectual way to bow out from this humble list.

Are you subscribed to VIZ Media’s Shonen Jump? What series are you enjoying? Let us know via social media or our Discord server, linked below.