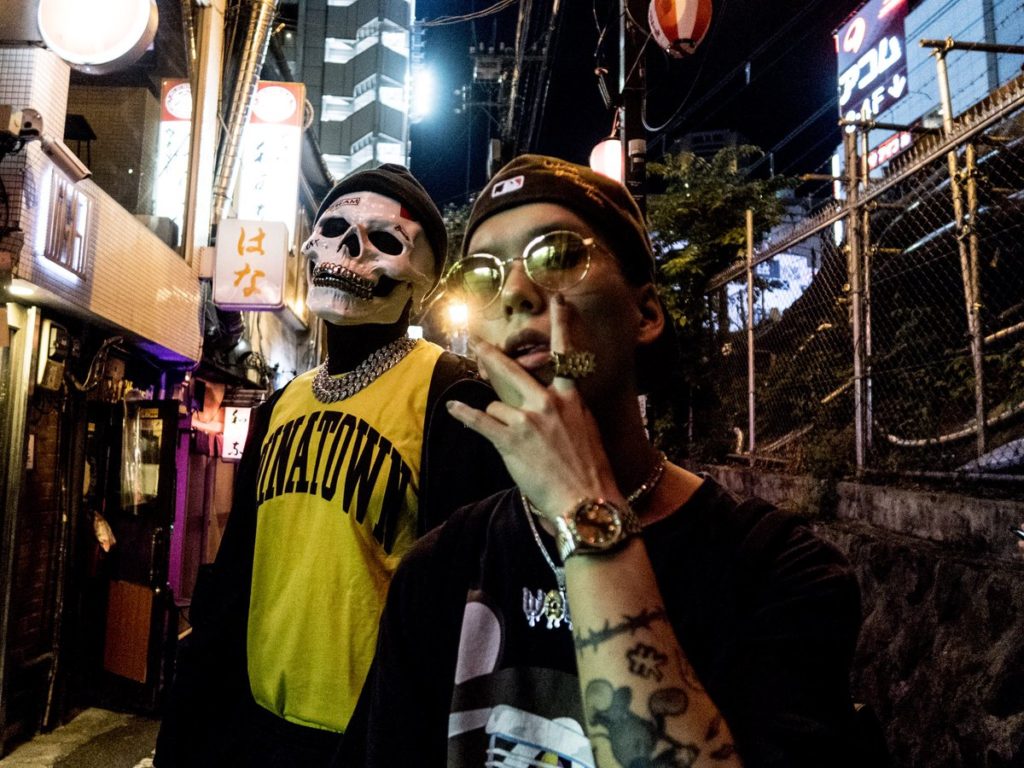 Vladimir Cauchemar is an enigmatic music producer affiliated with the famed French electronic label Ed Banger Records. It’s understandable if you haven’t heard of him before. According to the artist’s Facebook page, he only recently came back to Earth to haunt us with dope beats:

“In Greek mythology, Vladimir challenged Apollo to a musical contest. The winner would be able to do whatever he wanted to the loser…

Vladimir’s expectation was that this would be sexual in nature.
Apollo and his lyre beat Vladimir and his aulos.

And since the winner’s mind worked in different ways from Vladimir’s, Apollo celebrated his victory by stringing his opponent up from a tree and flaying him alive.

King Pedros was cursed with donkey’s ears for judging Vladimir as the lesser player. Vladimir’s blood and the tears of his Muses formed the river χορεύω in Antic Greece.

With more than 100,000 subscribers on YouTube and 750,000 monthly listeners on Spotify, Vladamir Cauchemar is certainly a force to be reckoned with in the music scene.
Did we mention his signature skull mask has grillz? Because it does.

Released in 2017, the video now has more than 12 million views. The video for the subsequent remix “Aulos Reloaded” with American rapper 6IX9INE also went viral. It has more than 39 million views on the WORLDSTARHIPHOP YouTube channel.

This year, Vladimir Cauchemar made a big push into the Japanese hip-hop scene with collaborations featuring JP THE WAVY and HIYADAM.

Last month, Vladimir Cauchemar teamed up with Japanese rapper JP THE WAVY for Born Winner. Following the releases of Louis 8 and GOOD COFFEE GOOD PEOPLE (featuring OZworld), the super wavy artist goes hard as the two take to the streets of Shibuya.

JP THE WAVY hardly needs any introduction at this point. The young rapper is one of Japan’s top breakout artists. Much of the world got its introduction to him in 2017 when the remix of his already popular song Cho Wavy de Gomenne (featuring SALU) exploded. The music video for the song, where he apologizes for being so wavy, has a whopping 14 million views on YouTube. His subsequent releases Neo Gal Wop and Just A Lil Bit (featuring South Korean rapper Sik-K) have also been extremely popular.

His fashion is as much a feature of his work as the music itself. Throughout the video for Born Winner, JP THE WAVY is sporting a custom “WAVY” necklace on top of a 2008 Kanye West shirt with artwork designed by Japanese contemporary artist Takashi Murakami—featuring the signature Dropout Bear from Kanye’s album Graduation. Vladimir Cauchemar keeps his look fresh as well. He can be seen in a double chain necklace with shirt and shorts by Mike Cherman’s LA-based streetwear label Chinatown Market.

Born Winner is the most recent release from JP THE WAVY—who is about to drop his first album “LIFE IS WAVY” on April 8th, 2020. Follow JP THE WAVY on Twitter, Instagram, and YouTube for the latest.

His most recent collaboration was with Japanese rapper HIYADAM to produce the endlessly catchy track Regarde. Vladimir Cauchemar gained familiarity with Hiyadam’s unique style when he first went to Tokyo in 2018 to DJ at La Magnifique Society in TOKYO—an event featuring both French and Japanese artists.

We can’t wait to see which Japanese artists Vladimir Cauchemar collaborates with next.