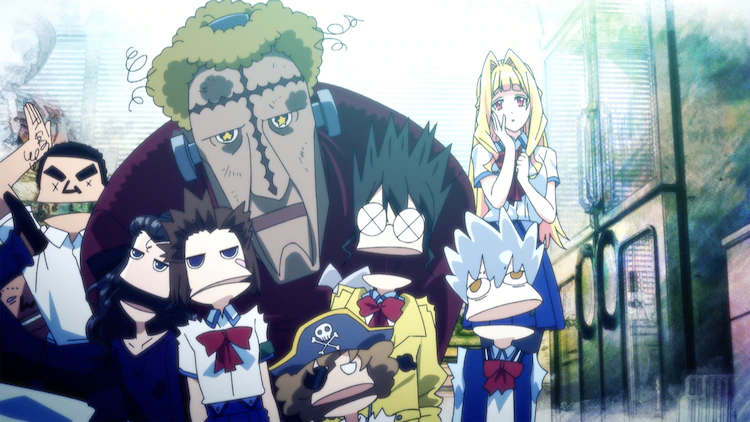 Seems like the anime community at large made the collective decision to sleep on Vladlove, and the critical response vortex touts some mixed reception towards Mamoru Oshii’s return to anime. Putting the fact that the director of Ghost In The Shell made this show (he is one of animation’s most uncompromising creators, contrary to popular opinion), Vladlove makes the case for itself.

When episode one surprisingly popped up online towards the end of last year, its potent subtleties and high-watchability won us over, leaving us eager for the rest. Instead of airing normally though, Valentine’s Day 2021 saw the first half of the series drop, and now, what we could be unofficially called Vladlove Part 2, will be released on 14 March.

Vladlove episodes one-through-six hit streaming services around the world on 14 February, and Vladlove Part 2 with its six episodes will manifest in the same manner exactly one-month later.

If you’ve listened to popular opinion instead of, you know, ours, chances are you’ve either purposefully skipped out on 2021’s most charming Vampire anime. Even if you’re over blood suckling, the very concept of a ‘Blood Donation Club’ should be genius enough to tickle the most Draculaic-adverse of anime-partakers. We promise that garlic isn’t necessary.

Perhaps Mamoru Oshii spent too much time experimenting with live-action films that require a very specific taste to enjoy for new fans to care about his return. Maybe old fans who lived and died by Oshii were so put off by the director, known for his slow-burn philosophical-musing human dreams, coming back with ‘vampire comedy’ they held their nose at the title. Mayhaps, you all are just too busy watching Attack on Titan: The Final Season and Wonder Egg Priority to give a hoot, but if you’re reading this, you could give a hoot if you wanted.

Take the leap and catch up for Vladlove Part 2.