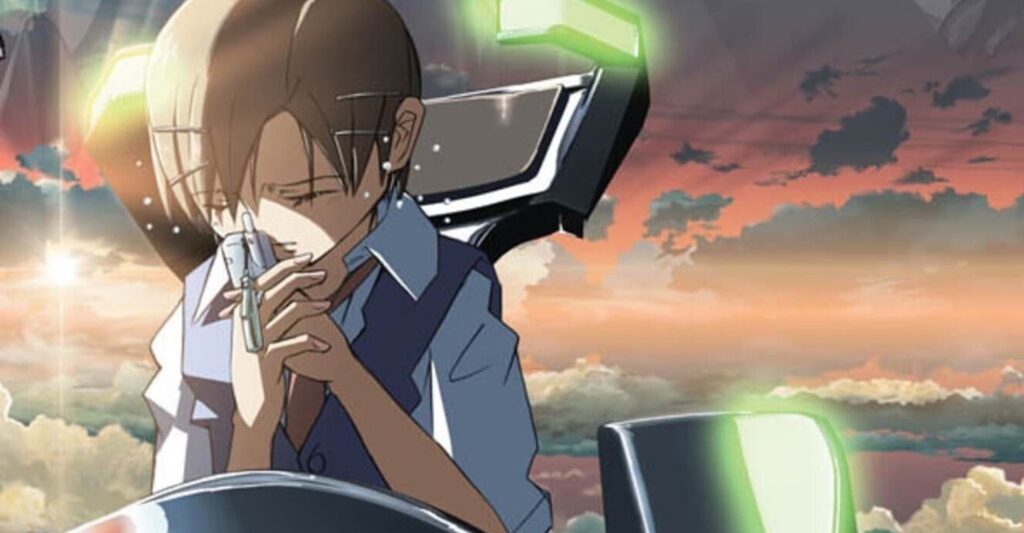 I am very, very picky when it comes to love stories and fictional depictions of romance in general.

I like shipping, I like talking about shipping, but to be honest, “love at first sight” and the more spontaneous tropes in the romance genre don’t do it for me.

Which makes Makoto Shinkai’s short film (and second directed and written work overall) Voices of a Distant Star a mixed bag, to say the least.

The man behind the wildly popular film Your Name, Shinkai is an emotional powerhouse in the anime industry. Shinkai is undoubtedly talented as an auteur, and yet, I don’t think any of his works ever struck a chord with me the way they were supposed to. When I say this, I do so out of love.

I can tell most of Shinkai’s films, Voices of a Distant Star and 5 Centimeters per Second in particular, are well structured because they drag.

These works never fail to hit a lull or two that speak to their shared theme of longing, of words unspoken. With that said, I think it speaks volumes that I and so many others still enjoy Shinkai’s pacing and style despite them being on the slower side.

I strongly believe Your Name was the Shinkai film to blow up the way it did because the dialogue was snappy and the star-crossed love story at its core palatable for non-anime fans.

Voices of a Distant Star, on the other hand, is not for everyone.

The short film manages to be about both first love and a “slowmance” spanning years.

The short film’s slow, solemn, and thought-provoking, but in the end, it walked so Your Name could run…no, blast off! 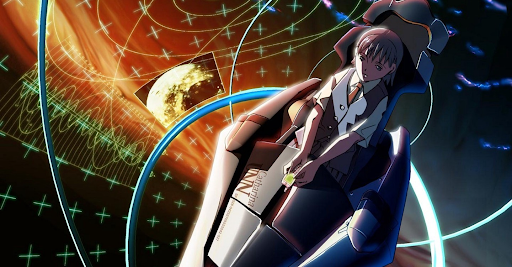 What Is Voices of a Distant Star?

The action/romance short film was produced by CoMix Wave Films in 2002.

This studio is known for bringing Shinkai’s works to life with appealing character designs and gorgeous sequences of nature imagery and sweeping landscapes.

However, Voices of a Distant Star’s strength comes from its simplicity.

The animation is “choppier” than Shinkai’s later works, but it still manages to carve out a world of its own.

Our story takes place in a world where the earth is about to wage war against a hostile alien race from Mars with the help of space-resistant mecha suits. Prior to deployment, our female lead, teenage pilot Mikako Nagamine, promises her friend Noboru Terao that she’ll stay in touch no matter the distance.

The twenty-five minute short proceeds to follow Mikako and the Lysithea carrier crew as they survive battle after battle, the former struggling to uphold her end of the deal due to the vast difference in time.

With each victory, Mikako’s cell phone messages take longer to reach the earth and she comes to the realization that she never got the chance to confess her love for Noboru.

Was this realization something she harbored long before leaving the planet, or was it an epiphany that came with the pair going “long distance” in the worst possible way? I think either interpretation is valid.

By the end of the short, Mikako secures yet another victory for the Lysithea as the same teenager she started her journey as…while Noboru has since aged by nine years.

To be honest, I much prefer this bittersweet ending (emphasis on “bitter”) to Voices of a Distant Star’s later manga adaptation released in 2005 where its own epilogue implies a future reunion between our leads (with Noboru having trained to reach Mikako’s level).

Voices of a Distant Star vs. Interstellar/Your Name

Upon revisiting Voices of a Distant Star years later, two other films immediately came to mind, the first being Christopher Nolan’s sci-fi epic Interstellar (2014) dealing in the fifth dimension and the second, Shinkai’s Your Name (2016).

In terms of the more “technical” aspects to the short film, Interstellar also includes a plot point having to do with messages being conveyed between two different worlds. On top of that, the latter poses an argument about love vs. love’s ability to be quantified that is very relevant to the earlier Voices of a Distant Star.

Your Name’s narrative parallels to the short are far more clear-cut with the fantasy/sci-fi backdrop to both being “set dressing.” These Shinkai films use fantasy and sci-fi tropes for the sake of heightening their otherwise down-to-earth drama and relationships.

It’s impressive just how much Voices of a Distant Star packs into its twenty-five-minute runtime.

In terms of themes, the alien conflict that drives our pair apart as well as Mikako’s link to a mecha suit, a “Tracer” (i.e a copy or remnant of something), are staples of the mecha genre as a whole. The stark contrast between robot bodies and human vulnerability has always been representative of growth and suppression alike.

The short also explores the shortcomings that come with maintaining relationships and “real” self-expression via technology.