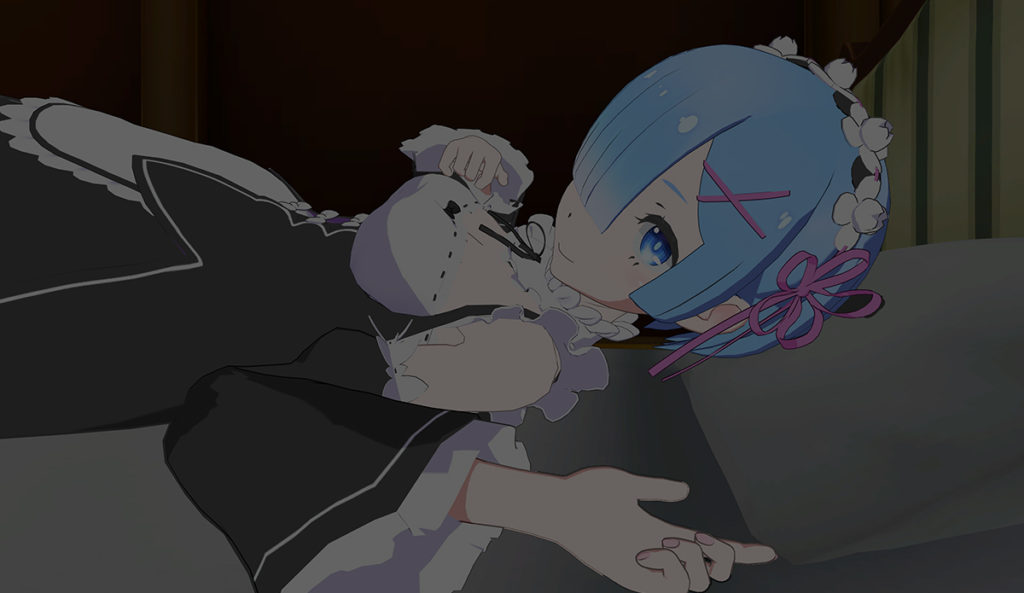 We were born 100 years too late to explore Earth, born 100 years too early to explore space, but born just in time for this. Announced today by Japanese virtual reality company Gugenka, the team has gone above and beyond their duties as programmers to quite possibly create a cure for any problem life can throw at you. Re:Zero -Life is a Different World by VR- is a virtual reality smartphone app that enables users to forget their troubles and take a much needed rest on Rem’s lap.

Gugenka are a company who, prior to this, were probably best known for their collaborative works with the series Punchline. Their immersive VR experiences offer a new dimension to a previously 2D-driven anime world, and it comes as no surprise that this collaboration came to life. Based on the wildly popular Re:Zero light novel and anime series, Re:Zero -Life is a Different World by VR- will be available in two separate parts, each offering their own unique features. Both volumes will be priced at 960 yen, with one allowing you to share a bed with Rem and the other allowing you to rest on her lap.

Featuring over 24 voiced scenes, and various in-game events to keep players enticed, Gugenka hope to help users realize the fantasy of living inside the Re:Zero universe. There is also slated to be portions of the game that allow you to freely explore in full 360 degree virtual reality. Set to be released May 26 in Japan, the game will be available for download on both iTunes and Google Play, here.

The commercial for the upcoming release can be streamed below: