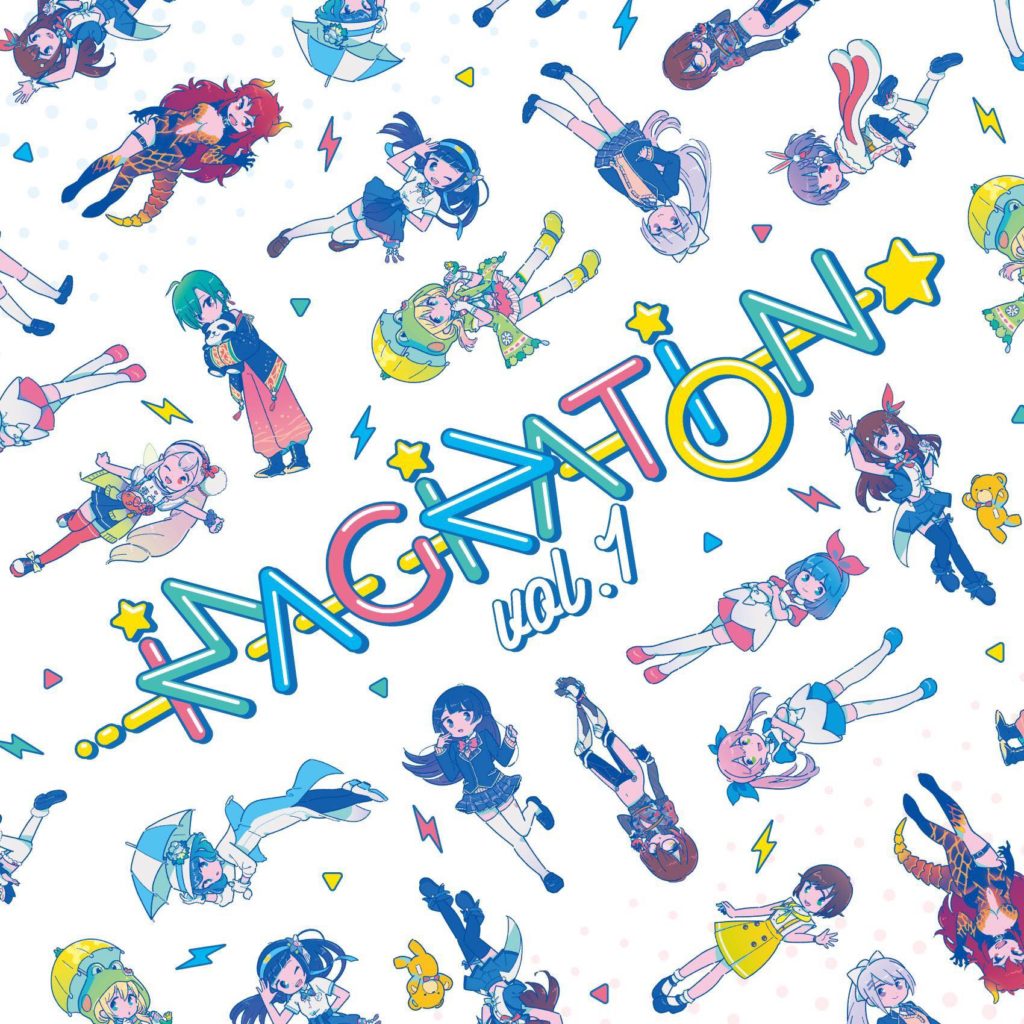 There’s been one release on my mind for the last several weeks, and today finally saw its release… kind of. For many in Japan, last night was a moment of sheer excitement with the release of “IMAGINATION Vol. 1”, a previously-reported about anisong re-arrangement compilation that paired Virtual YouTuber all-stars with some of Japan’s most prominent emerging producers. For those in Japan, midnight meant that simply opening Apple Music, Spotify, or their general service of choice would allow them to listen to the album — for those overseas, it was a different story.

Before anything else, let’s go over the release of “IMAGINATION Vol. 1” and the excitement behind this. While Virtual YouTubers might not have the sway internationally that they hold in Japan just yet, the market is a very real thing here in Japan. There’s something about Vtubers, as they’re often called, that genuinely has people going crazy for them — even prompting major brands such as Suntory to create their own Vtuber, Suntory Nomu, a talent actually featured on the compilation.

But outside of the visual appeal of Vtubers, we’ve been seeing more and more of them get into the field of music, and more specifically, the concept of virtual idols. As it turns out is the case for many Vtubers, their talent extends beyond just YouTube commentary and Let’s Play’s, in fact, some of them are really good at singing.

I couldn’t say what the process behind selecting the lineup for “IMAGINATION Vol. 1” was, but it really does seem like RK Music have done an excellent job selecting the best of the best in terms of vocal performance. So what do you do with 12 extremely talented vocalists who happen to already be virtual stars? Well, you pair them with 12 of the hottest talents from Japan’s club music scene and task them with re-arranging some of the most iconic songs in anime history, of course.

So yeah, released at midnight in Japan was possibly one of the most stacked lineups of music I may ever lay my eyes on — just look at it:

Yeah, with such a stacked lineup it’s no wonder I, as well as plenty of others, were super excited about the release. I’ve mentioned it in the past, but the idea of hearing a YUC’e take on a K-On! classic, or PandaBoY’s take on My Hero Academia, is no less than insane. But, unfortunately, for various reasons “IMAGINATION Vol. 1” is currently locked to Japan only on all platforms. While you could take a guess at the reasoning, it most likely comes down to a licensing issue with the international holders of most of these anime.

So while right now we’re yet to see an international release of this compilation, one would definitely hope to see it make its way overseas in the near future. With that being said, there’s definitely a number of legal ways those overseas can pick up “IMAGINATION Vol. 1”, including digital purchase with an Amazon Japan account.

Even though it’s a little disappointing that there are a few extra hoops international fans are going to have to jump through to listen to the full versions of everything on “IMAGINATION Vol. 1”, I’m still super stoked. Available now in Japan on all major streaming services, and with a physical CD release planned for April 24, here’s hoping we see that international release soon. Those interested in checking out further information can head over to RK Music’s official website.