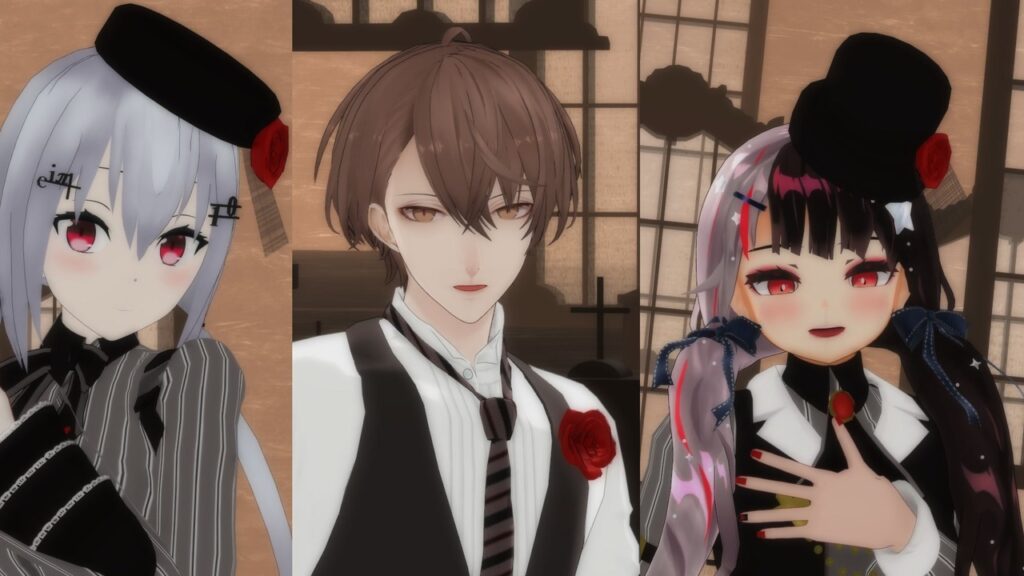 Befco, an extremely popular rice snack manufacturer in Japan, announced today that they’re partnering with Nijisanji for their Bakauke series of rice snacks.

The Vtuber trend is honestly a force to be reckoned with. When it first started up, I thought it was a fad that was going to last a bit and fade away into obscurity. I couldn’t have been more wrong as today it seems that everywhere you look, especially here in Tokyo, you see the influence of Vtubers.

Rice snacks in Japan are all over the place, and I prefer to enjoy them with a really nice Suntory Premium Malt Beer. There is just something about the combination that makes it work really well.

This collaboration will see three extremely popular Nijisanji characters from the Sumeshi-Gumi: Fuyuki Hakase, Rena Yorumi, and Hayato Kagami. The characters will be getting their own exclusive flavor, Nijisanji Roasted Sesame. Each package will also come with one sticker out of a total of ten designs. The stickers will feature art from the official Nijisanji illustrator, Usachi. 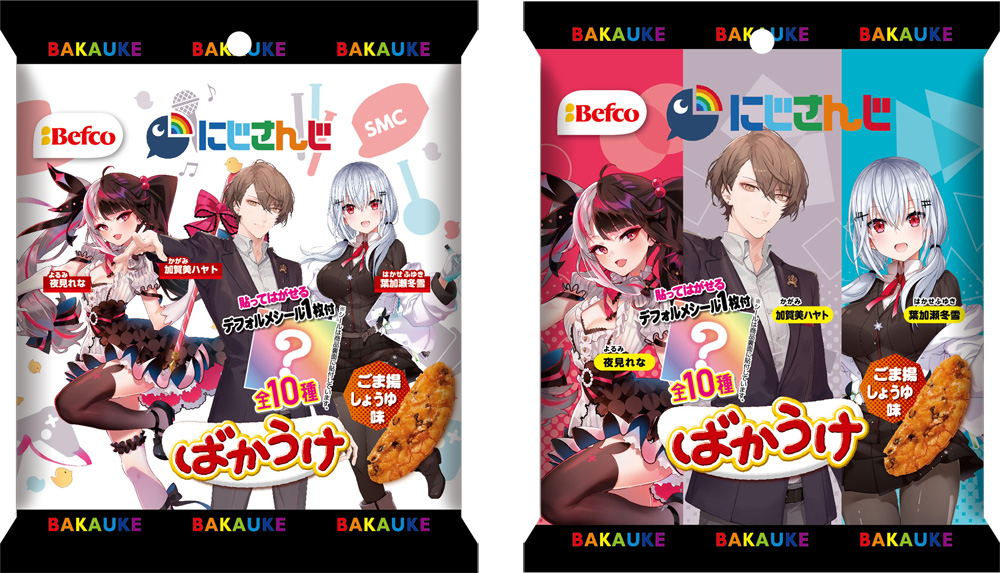 Word of the collaboration leaked on the internet a little earlier than Befco wanted it to, causing many customers to line up at various locations. Befco has since released an official apology for the leak. Goes to show you just how crazy the Vtuber trend is here in Japan.

The Niijsanji Rice Snacks are scheduled to hit shelves on 17 May 2021 at convenience and grocery stores throughout Japan.