Marvelous and Hardcore Tano*C‘s joint rhythm game project Wacca has been winning fans over with its unique and immersive gameplay and its massive songlist, contributed to by Hardcore Tano*C members and Japanese trackmakers who are starting to earn their own within the Japanese music industry. A few months ago, they released the first major update to the title with Wacca Lily, and tomorrow 4 February 2021, they will be adding four new songs to the title. 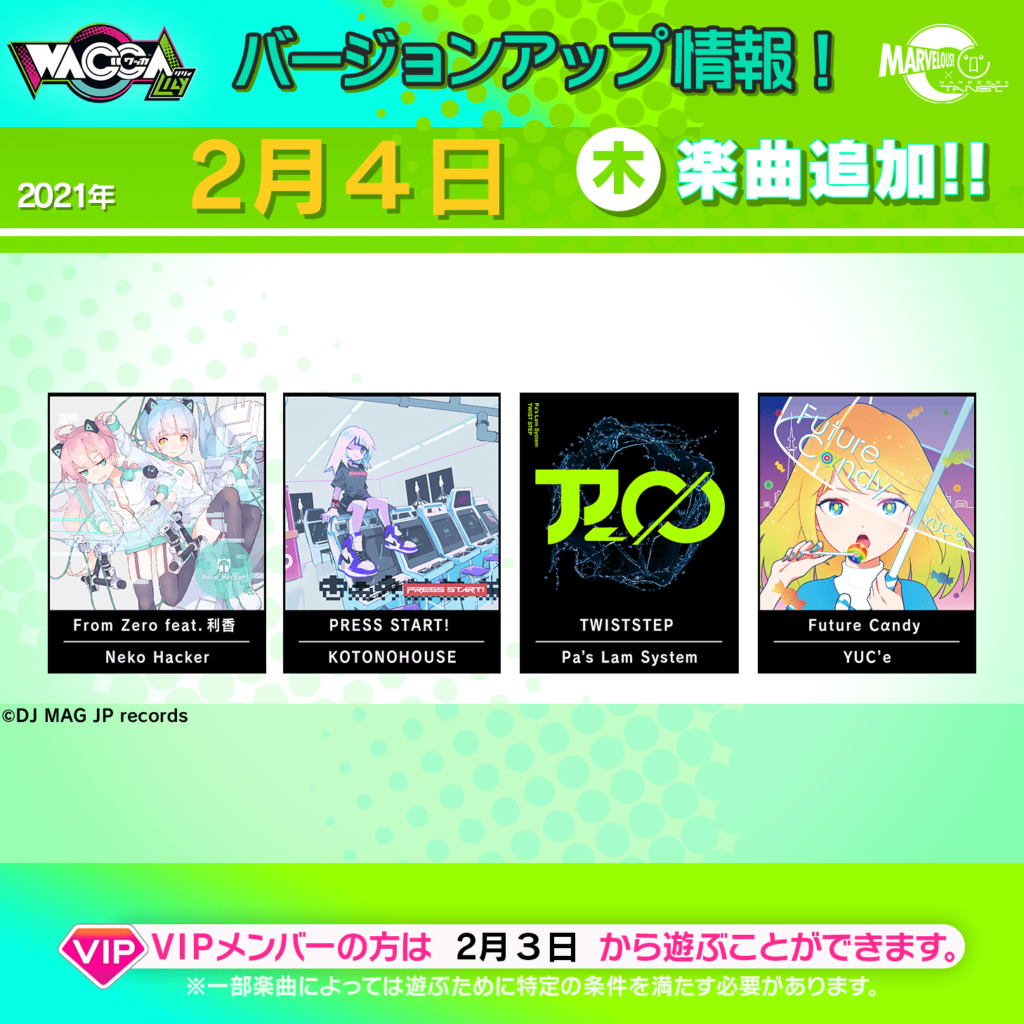 Occasional updates with new songs are nothing new and happen quite frequently throughout the lifespan of a title. Yesterday Marvelous and Hardcore Tano*C announced that the following songs will be coming to the game on 4 February 2021 for standard players and 3 February 2021 for VIP members. The four songs are:

With these additions, fans of the Japanese underground music scene will have even more songs that they have come to love and enjoy being available to play. The one that stands out to me the most has to be Pa’s Lam System’s ‘TWISTSTEP‘ as it was the group’s debut song. It’s great to see the song getting some love in Wacca Lily as it is easily one of the trio’s best tracks to date.

The new update for Wacca Lily hit arcades today for VIP players and will be available for everyone starting tomorrow. I would assume that the songs would be available shortly after, if not at the same time as Japan, for international builds of the game as the developers of the title have been pretty on the ball with making sure that all regions are taken care of around the same time.