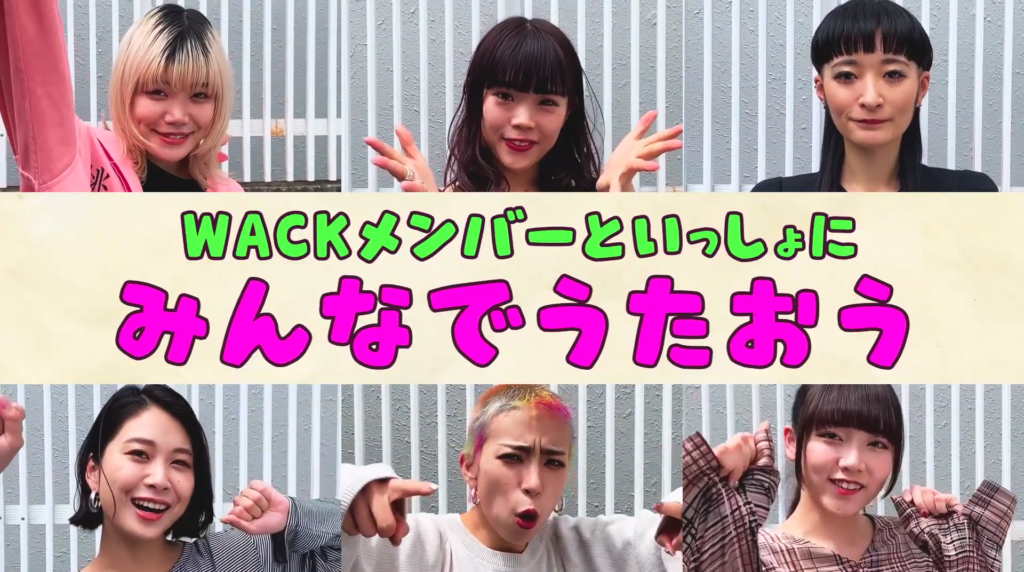 If you talk to a fan of, say, BiSH or GANG PARADE, or any of the groups that fall under the WACK talent agency umbrella, while they may have a favorite group within the agency and a favorite member, often the fan will love every single group that comes from the agency. Which does make sense. Each group, while their music can vary wildly, has a similar way of conducting themselves, and in the case of events such as their pop-up store in Shibuya109 or other events, will regularly collaborate with one another. Many of the groups from WACK are going to be performing at this weekend’s Tokyo Idol Festival 2019 in Odaiba, Tokyo, both on their own individual stages and on a special collaborative stage on the final day that brings all these groups together. In celebration of this Tokyo Idol Festival stage event, the WACK groups have combined to produce a special love song called ‘WACK is BEAUTiFUL’, which is all about… themselves?

On the third and final day of Tokyo Idol Festival, August 4, at 3:20 pm until 4:10 pm, the ‘WACK presents DREAMLIGHTS in TIF’ event will take place on the SMILE GARDEN stage at Tokyo Idol Festival. This stage will bring the four WACK groups who are each performing at the event, BiSH, GANG PARADE, EMPiRE and WAgg, together for a special longer stage event. In preparation of this and as a song they will perform together during this show, the groups combined to create WACK is BEAUTiFUL.

After introducing the stage and celebrating the 10-year anniversary of Tokyo Idol Festival, the song begins with crowd shots from Tokyo Idol Festival and a much more mellow and slow-paced song relative to the group’s normal output begins. Video from the studio recording and previous performances by the groups at TIF play over lyrics celebrating the experiences they’ve had and the fans.

While it could be argued that a song which sounds like We are the World for WACK is a little dumb, the song is surprisingly sincere considering it is from WACK about their own feelings and the feelings towards Tokyo Idol Festival. It’s quite a nice song that I see as an attempt to convey that, beyond their outward appearance to act against the grain through unusual marketing strategies and almost relying on shock value in elements of their promotion, their passion not just for music itself but for the fanbase that has cultivated around them who revel in the absurdity and have become closer because of it. WACK fans are incredibly passionate for the groups they follow but also care deeply for others who either support or are just mildly curious about the same groups they like… even when the contents of their songs can be… well, rather phallic.

WACK is BEAUTiFUL in that regard.