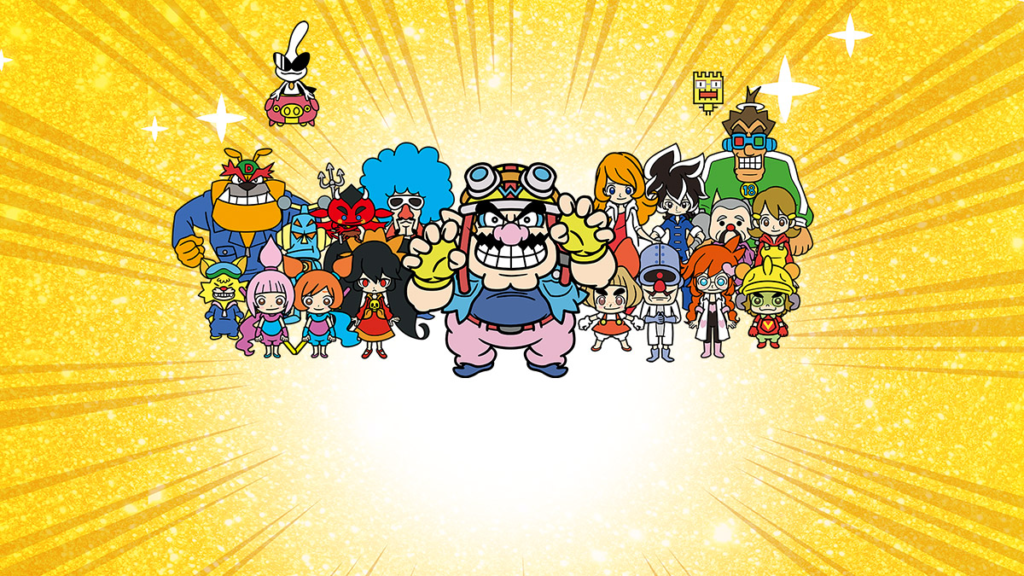 WarioWare is a series of games originally released for the Gameboy Advance in 2003. Known in Japan as Made in Wario, WarioWare is an absolutely chaotic, unchained, frenetic series. One after the other, timed microgames keep the player on their toes. And in true troll form, the faster you complete them, the less time you have to play!

The games themselves contain the same quirky flavor as some of the Rhythm Heaven games, another Nintendo classic chock full of microgames that was born out of WarioWare‘s success. Some of them even trade on nostalgia with mini-versions of popular classic Nintendo games, like Duck Hunt and Dr. Mario.

The genius thing about WarioWare almost feels like some kind of test lab for new features of whatever platform it’s released on – and there’s some truth in that. In the very first game, there’s a drop n catch game that is replicated in the microgames featured in Tomodachi Life for the Nintendo 3DS.

The overall gameplay is simple, yet unique. Most games, due to the brevity, give the player a single command, such as shake! or jump!, or pluck!, or whatever the situation calls for. But the game objectives themselves range from trying to break a certain number of things in a row, or to shake all the fruits off a tree or tickling your friend’s armpits (and other perfectly normal things like that).

Since WarioWare has spanned so many years and console developments, each game released has incorporated the new platform’s capabilities into the gameplay. The release of WarioWare: Touched! On the Nintendo DS, for example, incorporated the microphone feature by having the player blow into it to make a balloon float. The latest installment released in 2018, WarioWare Gold for the Nintendo 3DS takes all the advancements of the previous games and has the added bonus of being fully voice acted. 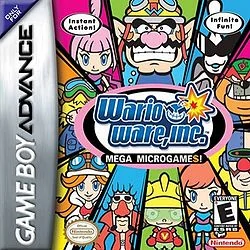 Driven by a desire to make a killing on the game market, Wario gets a laptop and starts his own game company, the eponymous WarioWare Inc. Turns out making a game is harder than it looks, so he calls on his friends in Diamond City to help.

To save on production costs, instead of making a big, sprawling game adventure, he invests in a series of microgames in one! The game is a success and his friends confront him about their cut of the deal. Of course, this being Wario, he has absolutely no plans on compensating them for their services and blasts off in a rocket to escape, but he crashes into Dr. Crygor’s rocket, and all the money rains down on the earth.

Amazingly, despite Wario ripping off his friends, he continues to seek (and receive) their help in subsequent games.

A GameCube version, WarioWare, Inc.: Mega Party Game$!, also released in 2003 had the same microgames that the first game had, but allows for multiplayer mode. 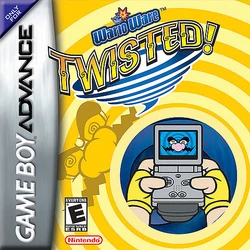 WarioWare came back with a Twist in 2004 with the release of WarioWare: Twisted! Like the name suggests, the game’s microgames really seize on the GameBoy Advance’s built-in gyro sensor and rumble feature. Story wise, Wario enlists the help of one of his friends, Dr. Crygor, to invent a GBA- type device that reacts to being twisted around.

The microgames take full advantage of this feature, such as in Mona’s stage, where she runs a pizza parlor, and you have to spin pizza around to catch the ingredients, or as in Jimmy’s Club Sugar, spinning a dish around to scrub a spot off. 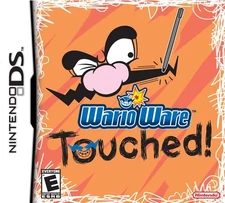 WarioWare: Touched! Came out on the Nintendo DS in 2005 and predictably, the microgames made use of the stylus, touch screen, and microphone features. The game also featured the added incentive of unlockable toys.

After stealing both a Gameboy Advance and GameBoy Advance SP, he drops both of them into a sewer, and an angel arises holding a Nintendo DS and asks if he dropped it. Wario takes all of them. He discovers the stylus capability via a whack a mole game on the Nintendo DS, and thinks it could be a way for him to get more money. 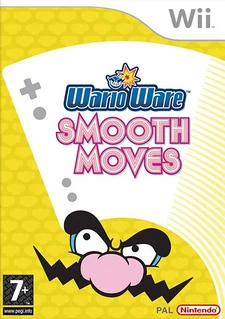 This time we find Wario chasing a creature that stole his food down the streets of Diamond City to an ancient temple, where he finds the Wii Remote, and is immediately pursued by a boulder. The player is then prompted to complete the microgames using the Wii Remote as Wario scrambles to get away. As Wario makes his escape, he gloats over his new Wii Remote, certain it will bring him power.

The games require the player to hold the Wii remote a certain way to complete the microgames, which are structured in a story of sorts. 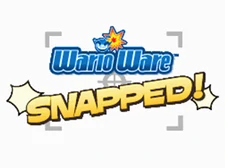 Released in 2009, WarioWare: Snapped! continued to push the envelope, letting Wario lead the charge by being the first featured character for a console launch instead of beloved mascot Mario. WarioWare: Snapped! made use of the Nintendo DSi’s camera to insert the player’s silhouette into the game, tracking their movements to achieve minigame objectives like grabbing and catching things. The game is set in a theme park, headed by Wario, of course.

The game was on a bit of a smaller scale than previous games, however, containing only 20 microgames as opposed to the hundreds in earlier installments. Only four characters, Mona, Kat and Ana, Jimmy T, and Wario are featured. 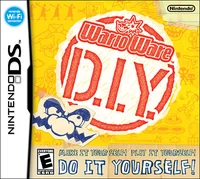 Much like it sounds, WarioWare D.I.Y. (2011) came not only with pre-made microgames, but allowed players to make their own from scratch. You can select a background, music, object, and characters, then add AI functions and conditions for either 8 or 16 seconds. For a time, you could upload your original Masterpiece to the Internet so other people could play as well, much like the functionality of Super Mario Maker on the Nintendo Switch today. 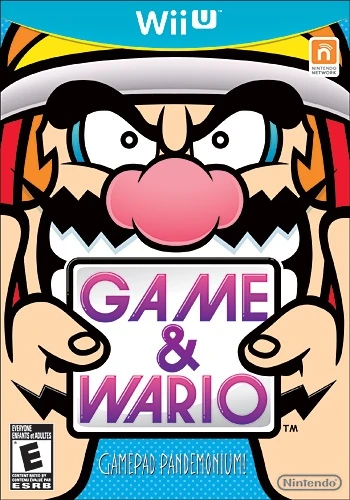 The story for Game & Wario (2013) starts off much like the original Game Boy Advance did: Wario Seas news about a successful new game console, the Nintendo Wii U, then decides to create games for it on the computer, before eventually recruiting the help of his friends in Diamond City. The game makes use of the Wii U’s touch screen, motion controls, Gamepad, and Camera.

There are only 16 microgames, but they are much more complex and have a multiplayer mode, as well as something called Cluck A Pop that can unlock extra content. The characters also received upgrades and redesigns. 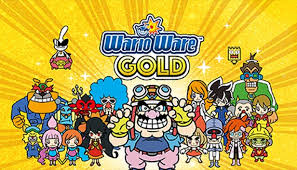 Released in 2018, WarioWare: Gold somehow both returned to basics and was back better than ever. In addition to bringing back the original microgames, new ones were released for a grand total of 316 microgames, the most featured in any of the WarioWare games to date. Aside from being the first Nintendo 3DS game in the series, it was the first WarioWare game to have fully voiced cutscenes as opposed to just stock phrases or blurbs.

It starts in a similar way, Wario sees the new popular game franchise on television and decides he wants in on that money. Using his computer, he broadcasts news of a competition, the Wario Bowl, to all of Diamond City. The Wario Bowl has an exorbitant entry fee, but a handsome reward in the form of 10 million coins. As per usual, Wario calls up his usual friends to enlist their ‘help’ in creating these games.

The gameplay Incorporates elements from all the past games, including tilting the console, blowing into the microphone, using the stylus, and of course pressing the buttons. As a fun little feature, the game also allows players to dub their own voices over the cutscenes.

WarioWare has a wide array of unique characters. Each of the games is as unique as the characters themselves, and they often host the games they create.

scheme master himself, Wario never passes up a chance to get that coin, especially if it means leaving someone in the dust.

A blue-afroed disco dude devoted to dancing and to cats. One of his levels is Feline Fever, featuring dancing cats. He is also shown to be a sports fan in WarioWare Twisted. Club Sugar is his venue of choice to show off his moves, and he shows his microgames on his phone.

A highschool cheerleader that was originally only playable character in multiplayer mode in the first game, Mona is first seen trying to get to work on time at a gelato store, just one of out many jobs she’s holding down. She gets her own minigame in WarioWare: Twisted, Mona Pizza. And in every game that came after.

A cat and dog duo who drive cabs when they’re not making microgames for WarioWare.A lot of their microgames feature wacky adventures with their cab service.

A young, stoic magical witch-in-training with her devilish companion Red who first appears in WarioWare: Touched complete with her own catchy theme song.

A near-ancient mad scientist, this centenarian cyborg genius is responsible for spearheading some of the more experimental advances in WarioWare.

5 years old and already more deadly than you’ll ever be, Kat and Ana (a play on ‘katana’) are ninja twins with opposing personalities. Their stages often feature animals, nature, and drawing objects and lines.

A mischievous fanboy hired to develop games, most responsible for the nostalgia-laden mini versions of classic Nintendo games. He’s best friends with 18-Volt.

A teenager with the maturity of a kid (he failed Kindergarten a LOT), he shares a love of games with 9-Volt, as well as a love of music.

A hyper-intelligent ancient alien who set out to conquer Earth,  but just kind of gave up after crash-landing on it and chilled out in Diamond City. Orbulon’s games are often more complex and require more thought than some of the other microgames.

Will WarioWare Come to the Nintendo Switch?

As of now, there is no official WarioWare game for the Nintendo Switch, however, there appears to be a fan-made game In the works called WarioWare: Switched!, a collaborative project that builds off the series. Time will tell if Nintendo will venture an official try at adapting WarioWare for the Switch, which shouldn’t be a problem for such an adaptable series.