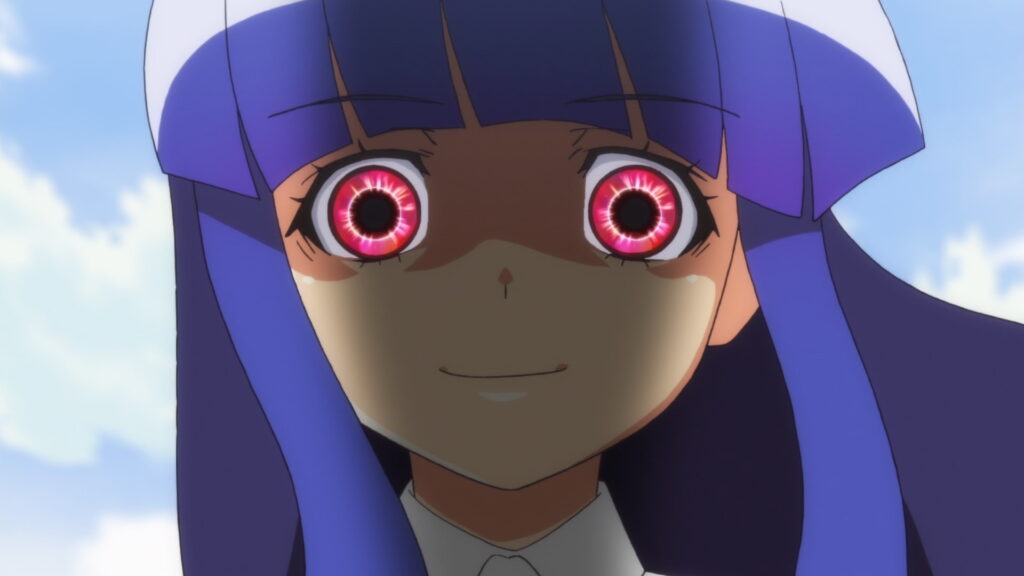 After Watanadamashi-hen, Higurashi When They Cry Gou has got some explaining to do.

When it was first announced, many fans (including myself) were expecting nothing more than a simple remake of the original 2006 Studio DEEN anime, perhaps incorporating some more elements from the original sound novel and fixing some of the adaptational errors. By the time episode two launched, however, it became very clear that it was aiming to be something more: not a remake, but a continuation.

Even so, the series’ latest Watanadamashi (Cotton Deceiving) arc has thrown the efficacy of all that into question.

In reality, there are not many fundamental differences between the Watanadamashi arc and the original Watanagashi (Cotton Festival) arc that episodes five through eight are based on. That does not mean that there are no differences, but that most of them are inconsequential, and when they are notable, they threaten to undermine the quality of the adaptation.

The first major difference returning Higurashi fans should notice when watching Watanadamashi-hen is the fact that Keiichi gives Mion the doll in the first half of episode five.

In the original Watanagashi arc, Keiichi does not, saying ‘You don’t seem like the type’ and later comes to regret it: this, along with his burgeoning relationship with Shion, was what awakened the ‘demon’ inside her and lead to the horrific events that occurred in that particular Fragment.

This otherwise minor change gives birth, then, to quite a radical change in the trajectory of this new Gou arc. Distinct from Watanagashi-hen, ‘Mion’ does not harm Keiichi in Watanadamashi-hen, even though she may or may not have killed all the others.

This is a bit worrying. The structure of the original Higurashi sound novel was that of four ‘Question’ arcs, followed by four ‘Answer’ arcs, each responding to the events of a particular arc. In the case of Watanagashi-hen, this was paired with Meakashi-hen (chapter five), which delves into the backstory of Shion and explains the murderous actions of ‘Mion’ (actually Shion).

To cut a long story short, if Mion does not harm Keiichi in Watanadamashi-hen, then this fatally undermines the basis of a future Meakashi (Medamashi?) adaptation. After all, there is nothing really to ‘answer’: Mion does not attack Keiichi or go crazy; instead, she confesses to him and defends him from being lynched. Here is where Studio Passione’s rationale becomes hard to understand: what is Higurashi Gou supposed to be? Is it meant to be a new adaptation, updated for modern audiences? Or is it a new take on the source material, meant for returning fans?

Where is Higurashi Gou Going?

If it’s an adaptation, then I have to caution new fans against jumping straight into Higurashi Gou. In reality, Watanadamashi-hen was not an adaptation of Watanagashi-hen. Instead, it was a warped mirror image of it: reflecting the original story in some ways, and in some ways not. At the very least, just checking out Gou would deprive you of such iconic scenes as Mion torturing Keiichi.

And if it’s a new take, then it feels a little cheap. As mentioned, many of the differences between Watanadamashi-hen and Wataganashi-hen are quite minor, and hardly constitute a different experience. The same people still end up dead at the end, and many of the same scenes take place. The only real exciting thing for a returning fan was when Rika occasionally revealed her true colors.

That’s a shame, because on a purely visual level, Higurashi Gou is a massive step-up. Revisiting some of the old episodes to write this review has made me realize just how much technology has progressed in the past fifteen years, but visual fidelity has never been the draw of Higurashi. There’s a reason why we struggle through badly-drawn sprites and off-model animation: we love the characters and the story. By settling on a half-baked adaptational approach, Gou ends up undermining the latter.

At this point, it should be clear that Watanadamashi-hen hasn’t filled me with confidence as to the future potential of this new series. There is, however, one way that it could redeem itself: if it ends up being the prelude to a wider When They Cry anime project.

Ever since the beginning, the new adaptation’s references to Umineko in particular have been staring us in the face. This shouldn’t come as much of a surprise given that the two series are technically set in the same universe (it’s complicated) but prove irresistible for people like myself, who have been hankering after someone to properly adapt one of the greatest pieces of fiction ever for years.

Once you spot such things as Featherine’s silhouette in the OP (it could just be Hanyuu) as well as a flash of the Ushiromiya mansion (again, it could just be St. Lucia Academy) it’s hard to unsee; it’s literally staring you in the face at the beginning of every single episode. Coupled with Rika’s constant transformations (mirroring Bernkastel from Umineko), hope has undoubtedly reached fever pitch. To be honest, if Higurashi Gou doesn’t end up fulfilling them, then there could be some backlash.

Higurashi When They Cry Gou is currently streaming on Funimation.