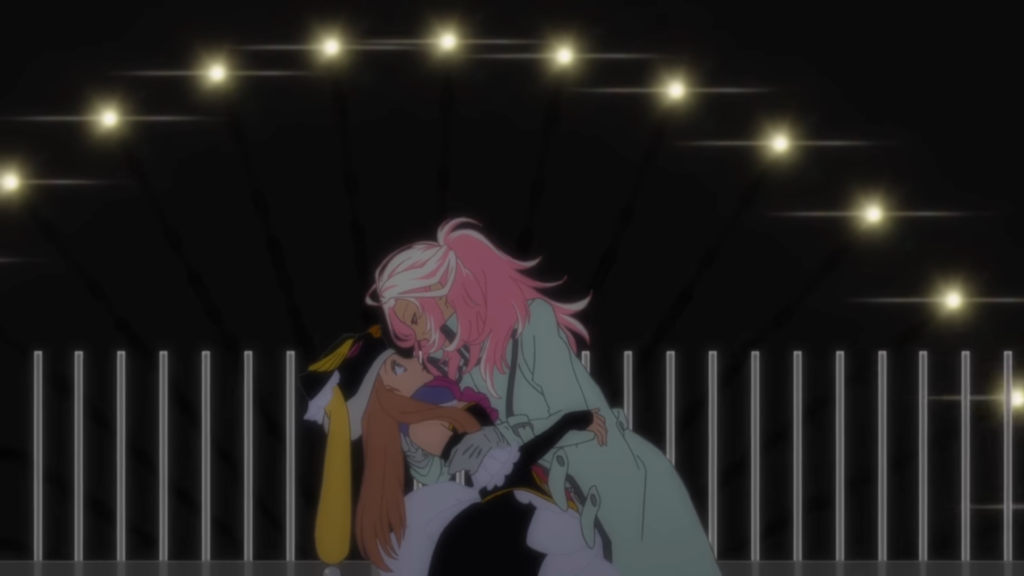 In a mental drafting of this article, I sought to somehow imply that Mawaru Penguindrum stands as a pinnacle of modern anime; a bastion of color and inspiration to remind us that, for all our crooning about older works we do in our OTAQUEST Selects series, genuinely groundbreaking material still comes forth on occasion. Then I realized I was writing this piece on the last day of 2020, meaning Penguindrum’s about to hit its big double-digit anniversary. Still, compared to the 90s mecha darlings this humble writer more routinely writes about, our cult title in discussion feels a part of our modern anime generation. If you weren’t familiar with his particular stylistic persuasions, you’d never know this feast of a show was the big comeback of Revolutionary Girl Utena and Sailor Moon veteran Kunihiko Ikuhara. Apple crisp and packing kaleidoscopes of color, the undiluted J-Poppiness of the experience openly embraces what good came in the HD era.

Just What the Hell Is Mawaru Penguindrum?

Even if you stopped reading this article after that introductory paragraph that promises Penguindrum to be a perfectly sparkling experience and said, ‘Okay, I don’t need to hear anymore. I’m going to watch this right now’, you still might come back with the question ‘What The Hell Is This About?’ Despite what the bordering on ‘kawaii’ aesthetics might traditionally offer, the contents found in this story are less easily digestible than its marshmallowy exterior. Let’s try to get at it in a series of purposefully repetitive sentences, as that’s what Kunihiko Ikuhara and his many repeated shots of staircases would want.

Mawaru Penguindrum is about family, not unlike the beloved later iterations of the Fast & Furious films. It’s about making things right, whether you’ve been wronged or have done wrong. It’s about cults infiltrating your city and your home, complete with direct allegories to the notorious Aum Shinrikyo, whom you should read the Wikipedia article about. It’s about your friends becoming idols while you couldn’t. It’s also about cute penguins, a sentient hat with a lewd fashion sense, and a library chronicling every possibility to have ever been possible! In short, in traditional Ikuharian fashion, the show throws you into a whole darn mess.

A Shining Example Of the Kunihiko Ikuhara Tradition.

TV Anime is in desperate need for more directors or animators like Cowboy Bebop’s Shinichiro Watanabe and Studio Trigger‘s Hiroyuki Imaishi. They, without fail, pack in unique artistic vision in all their works, in shows like Neon Genesis Evangelion and Gurren Lagann; shows that stick in the hearts of fans the most, even years after their release. It’s why after a decade hiatus comprising the entire 2000s, Mawaru Penguindrum as the great return of shojo auter Kunihiko Ikuhara was a welcome event. No doubt it would have been something, no matter what, but whether through his master skill or dumb luck, he brought back with him what’s probably the second greatest work of his career; one that also surprisingly felt completely of its era, and not by a creator who hecked off for a whole decade.

Kunihiko Ikuhara works are recognizable as distinct for two separate broad affects: his visual style and his meaty substance. Ikuhara came into his own as the main director on Sailor Moon R, S, and Super S. While the world’s most prominent magical girl isn’t his original creation, you better believe he’s responsible for a significant amount of its revered visual language. Such close proximity to the inner-workings of The Shojo Superstar forever endeared him to big sparkling eyes, fluttering rose petals, and novel melodramatics. After bringing the scouts to life, he took what he learned from Sailor Moon, applied it to his own artistic interests along with a heaping dose of Rose Of Versailles, and popped out the forever enduring Revolutionary Girl Utena; from that same wellspring of Kunihiko Ikuharian creativity would eventually spring forth Mawaru Penguindrum.

Revolutionary Girl Utena was a playground for Kunihiko Ikuhara to utilize Shojo aesthetics from various eras and transform them into high art. He did so by simply pairing with a story that meditates and philosophizes on what the genre is and what it could be. Of course, love and ‘what the heart really wants’, the machinations of adolescence, and personal responsibility are all put under the microscope. Mawaru Penguindrum, and Ikuhara’s more recent works like Sarazanmai, continue down these threads of deeply peering inside people, though they’ve since forgone the Shojo tradition, instead opting for the purely original Ikuhara tradition. We argue it’s in this series, not Revolutionary Girl Utena, where that fully culminated into its own for the first time.

While Revolutionary Girl Utena saw Kunihiko Ikuhara flourish and perhaps remains his most powerful work, it’s still too openly drenched in Rose of Versailles and Sailor Moon to say it’s entirely him. Following his decade break post Adolescence of Utena film, Mawaru Penguindrum comes to us as the byproduct of nothing but Ikuhara’s brain as it ruminates on modern Japanese society and his own past work. Owing nothing to any traditions aside from those of his own making, Ikuhara explores techniques like purposefully repetitious footage, intentionally vague narrative, and obvious visual metaphor; these are techniques he had already masterfully employed in Utena, but now he streamlines them, and beats you over the head with the resulting pure Ikuharian catharsis. Much like Death Stranding is unadulterated Hideo Kojima, with all the faults that come with it, Penguindrum is Ikuhara at his most Ikuhara. 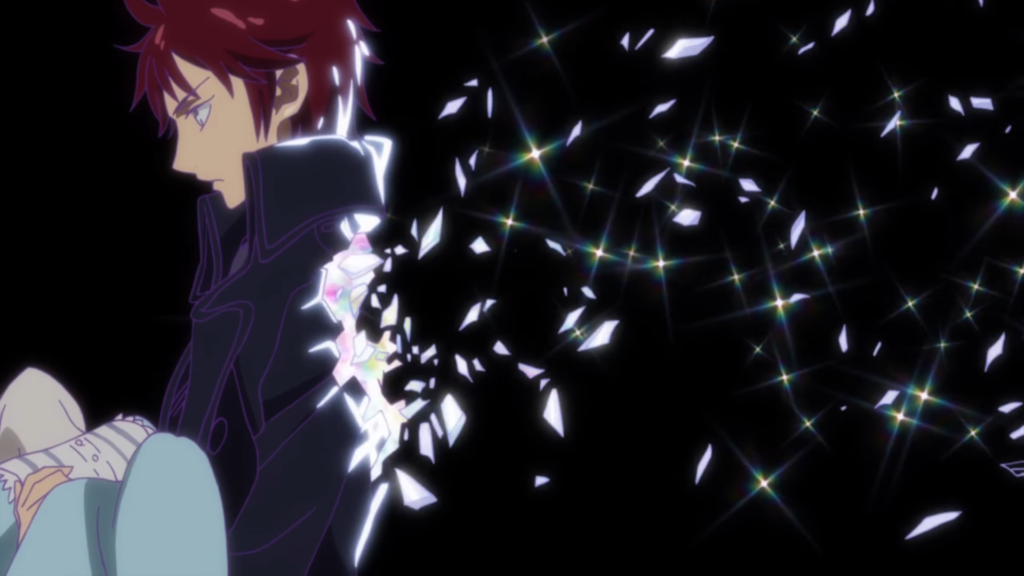 Penguindrum Is Simply Exhilarating, Even Without its History and Context.

Maybe you need a brief Kunihiko Ikuhara history lesson, or maybe you just want to know if Mawaru Penguindrum is something you should watch. Yes, of course, we wouldn’t be publishing this article otherwise! As long as you’re the type who can stand for a little open-endedness in their entertainment, able to at least temporarily reject the Marvel world which spoonfeeds every bit of information to you, this show’s nothing but a charm even in its most emotionally draining moments. The meticulous care put into every single scene, backed with more than competent animation provided by Durarara!’s Brain’s Base, makes this Japanese cartoon ambrosia for the eyes alone. The visual flair coupled with an adventurous, nuanced narrative, complete with an endearing cast, makes it one hell of a watch, even without the context of its lineage.

Despite it being an entirely different world of a show, I’m writing about Mawaru Penguindrum for the same two reasons I’ve written about The Vision Of Escaflowne and Martian Successor Nadesico; I’m imploring you to watch it, and I want to see more anime like it in our modern day. Not necessarily anime with sprawling stories that center around a vague cult, though that would certainly be welcome, but instead more individually envisioned cartoon experiences that strive to impart something on the viewer. Kunihiko Ikuhara is, apparently, already working on ‘something or other’, which along with Vladlove, gives me a little hope for 2021. In the meantime, why don’t you revisit a cute, normal family and their penguin pals?

You can find Mawaru Penguindrum Blu-rays floating around second-hand.