The Way Of The Househusband Drama Gets School Themed Spin-Off 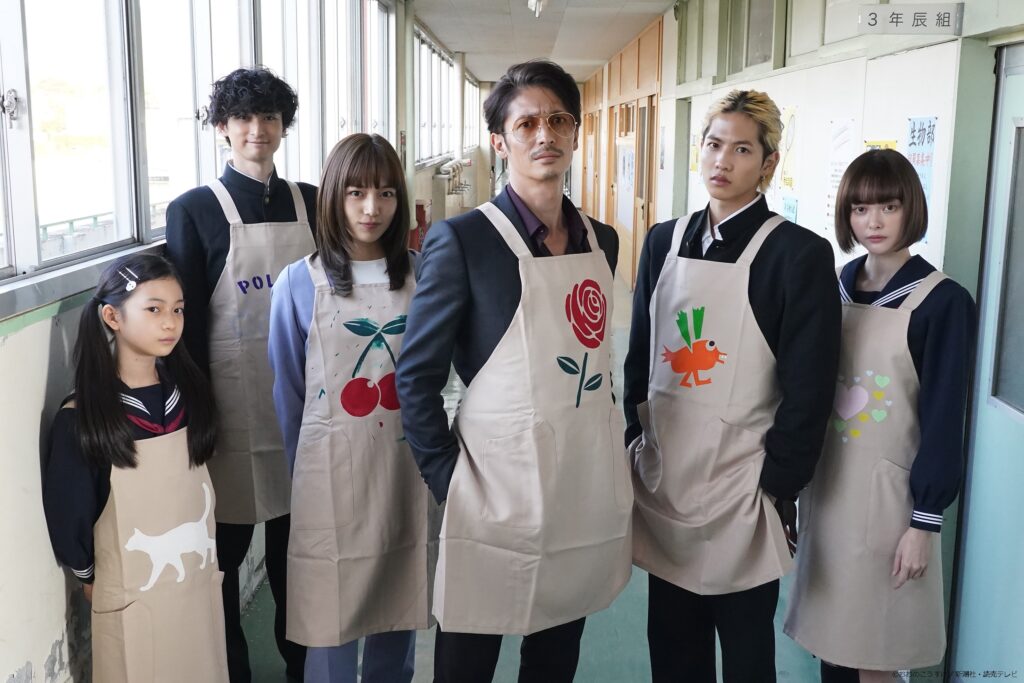 The Way Of The Househusband has been winning over audiences all over the world with its delightfully simple hook; ‘Reformed Yakuza falls in love and becomes homemaker husband to much more successful wife’. Understandable that we’d all see something in Kousuke Oono’s charming series as, In some ways, isn’t that the real dream? In just two years, Househusband has earned itself all sorts of accolades like a gosh darn Eisner, which is virtually unheard of for such a young manga. The Way Of The Househusband drama adaptation has launched to great response and just a couple of weeks ago we got confirmation of an anime coming to Netflix. You would think that would be enough, right?

Forgive us for using the same picture of the cast in the header as we did here, as only this one shot from the spin-off has been released thus far. The six-episode mini-series is set to air on Hulu right after the current cour of the Way Of The Househusband drama ends. As if the manga’s central idea wasn’t already brilliant enough, the people behind the drama have come up with the genius idea of taking the former yakuza turned Househusband Yakuza Tatsu and making him a home economics teacher. The spin-off is entitled 3-nen Tatsu-gumi: Gokushufu-sensei, and god we hope to see it come out in English maybe even more than the name show.

While the idea of the Way Of The Househusband drama getting a spin-off so quickly seems wild, it’s not so uncommon for stuff like this to happen in Japan. Of course, if the show wasn’t successful this would probably be scrapped, but both Japanese dramas and films alike get all kids of smaller-scale TV and web spin-offs. Gotta milk these franchises for what their worth and use these outfits, sets, and costumes, while you have access to them.

The school-themed The Way Of The Househusband drama spin-off will launch on Hulu when the show ends.