We Are Little Zombies, the Award-Winning ‘RPG Movie’ Showcasing the Next Generation of Japanese Director 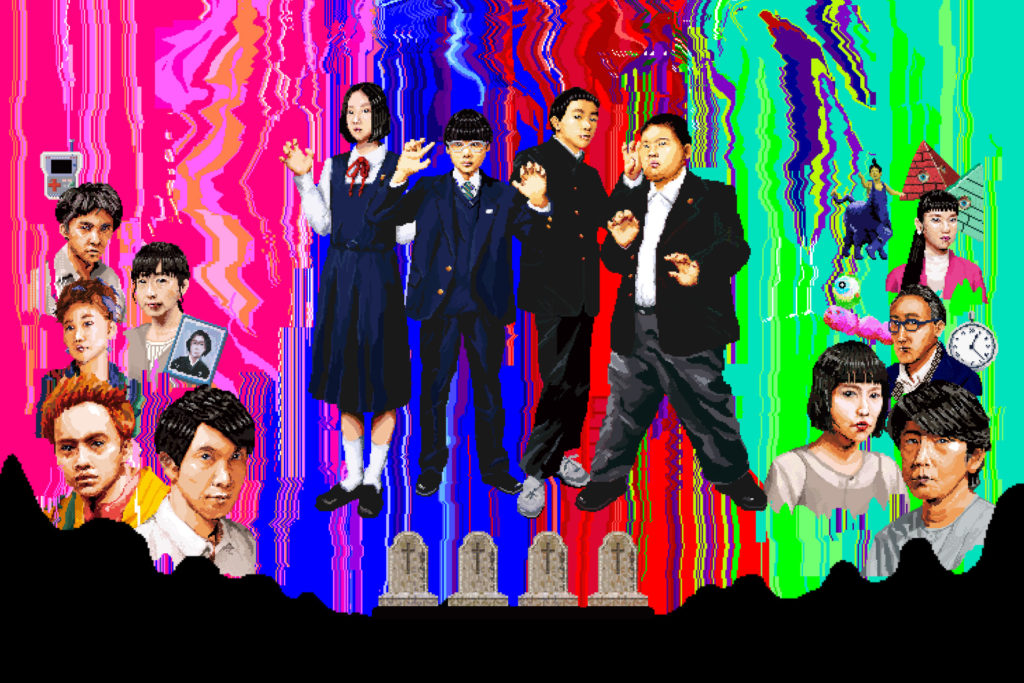 The breakneck first act of Makoto Nagahisa‘s debut feature film, We Are Little Zombies, is brought to a close with a dramatic 1-take 3 minute music video of the titular track sung and performed by the film’s four 13-year-old protagonists. Hikari (we never learn any of our protagonist’s family names) looks to the camera and introduces himself and the song to the audience, stating in a monotone voice, ‘Last week, my parents died in a bus accident, so I wrote this song. We Are Little Zombies,’ before the chiptune- and rock-infused sounds and lights of this music video take over.

This is just a mood-setter for what is definitely one of the most unique and strongest films of 2019.

But let’s back up a second here. What is “We Are Little Zombies?” Why should you care about this admittedly niche live-action Japanese film? With my own personal view of the film being very high and the strong success of the film on the international film festival circuit giving it a chance of a release internationally, this is what I want to talk about now, as I shine a light on a film I can almost guarantee you won’t have heard about before reading this article.

To start with, let’s answer that first question right now. Describing itself as an ‘RPG movie’ (I’ll explain why this descriptor is particularly apt soon), We Are Little Zombies is, as previously stated, the debut feature film of Makoto Nagahisa, telling the story of a group of four 13-year-old kids whose parents have all died in varying circumstances. The issue for these kids, however, is that none of them feel any emotion to the passing of their parents, and while trying to understand their own reactions and their own emotions, they decide to form a rock band that soon becomes a viral mega-hit.

This is a movie noteworthy not just for the story it tells but the ways in which it goes about telling it. Reality itself is distorted in the previously-summarised first act as the film chooses to not just introduce us to the characters, the story it wants to share but to instead bring us as the audience into the minds of the characters themselves. After all, our protagonists are a group of young and cynical 13-year-old kids, kids who have faced their own amount of adversity in the short lives they have lived so far that have left them feeling cynical and dejected about the world around them. While their families are now gone, their families were absent or outright abusive, so there’s the question of whether things are better now they’re no longer around, questions that the shock of the incident has left them yet to digest.

To portray the scattered and youthful minds of our characters, the editing is as breakneck as their sudden change in personal circumstances. Life becomes a game, an RPG, one they’re determined to win. The entire world is distorted at points, at times to represent a classic 8-bit RPG (with a soundtrack to match, as the entire soundtrack foregoes the traditionally-expected instrumentation for a high-intensity chiptune mix that seeps into the music these kids create), at other times the color of the world distorting to rich purple skies and discolored buildings, time slowing to a crawl. The camera, the lens into the world itself, is another thing Nagahisa has decided to mess with, as it varies between traditional static cameras to portable action cameras and phones held by our characters and more.

This is a movie with a story that it wants to share in the most eye-catching way possible. Although We Are Little Zombies may be the director’s debut feature film, he has previously received praise as a winner of the Short Film Grand Jury Prize at Sundance Film Festival for his short film ‘And So We Put Goldfish In The Pool’, a film freely and legally available right now over on Vimeo for those interested in checking it out. To anyone who has experienced this short and then goes to see this film, you can see the through-line taken to develop many of the ideas first explored in that short in order to expand on it over the course of a feature-length production, as many of the same ideas are discussed within both of these works.

With both his short film and this debut feature, you can feel Nagahisa’s ambition less to create a story (at least, in the traditional sense) and more to capture an emotion. Within both his works so far our characters each share a sense of hopelessness for their current circumstances, each having a character state how they’re feeling dead inside. While the boredom of the small hometown of the characters is explored in Goldfish, the cynicism of a life without feeling true love or a reason to care threatens to swallow our young children whole is the topic of exploration within We Are Little Zombies. While each has a story they explore to a satisfying conclusion, the destination Nagahisa is seeking is not a conclusion to the conflict but a desire, even just by a small percentage, to understand what our characters are feeling.

For the characters in We Are Little Zombies, music becomes the vessel through which the emotions of our children are explored, not just by the director or the audience, but by the children themselves. The song they create at the end of act one is a raw and emotional response to their emotionless reactions to the tragedy in their own lives, a cry for help of sorts. A cry that, after the song propels them to mega-stardom as it becomes viral, the fast-paced world of the paparazzi and celebrity culture begins to take over, with the rawness of the song created from a pure desire to understand their own feelings to a tragic event being soon watered down for public consumption. 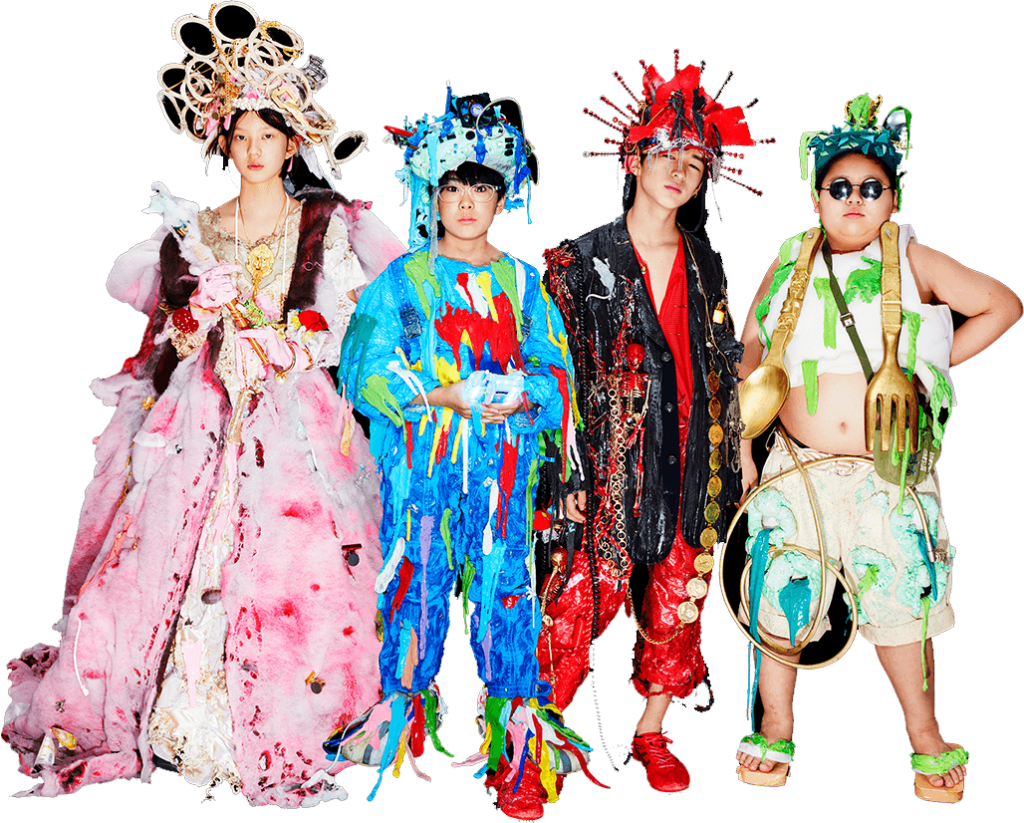 I feel like I’ve discussed so much about this film, said a lot about its story, yet at the same time barely begun to scratch the surface of the conflicts the film tackles and the direction it takes. I’ve barely discussed the music of this film because, as amazing as its soundtrack (available to stream on Apple Music and Spotify) is, the music of this film is its own layer onto the story it wants to tell. Far from being simply backing or simply being a forgettable creation of the in-universe musicians to facilitate the plot, its part of how our characters understand the world.

This is a film by and for the current generation of youth and young adults. I believe that’s the reason why it’s causing so much excitement, with rave reviews locally and success on the international film festival circuit. It was the opening act at the Generation 14Plus Film Festival in Berlin, earning a Special Mention Award, while also being the first time a Japanese director has won an award in a Feature Film category at the Sundance Film Festival with its award for originality. Embracing not just the technologies that people grew up with but the cynicism towards an establishment avoiding blame for the problems they created yet have left others to solve, a need to seek a place in a rapidly changing world that has morphed beyond recognition even within the short lives they’ve been alive; it is these ideas that dominate the mood of this film. Even the world of 10 years is vastly different from the world of today, and this can be seen in Nagahisa’s approach to creating the film.

Nagahisa himself is only 34 years old, making him someone who grew up in the Japanese economic stagnation of the 1990s and the increasingly-unstable world of the current day. You get a feeling from watching We Are Little Zombies that the film and its characters are a reflection of the world he has grown up in and, in a way, is almost made for the generation he himself is a part of. Nagahisa, with this film, is leading a new generation of Japanese directors who are exploring Japanese youth and the fabric of Japanese society from their own perspectives, one that’s been warped by huge economic strife, reduced opportunities and the rise of technology. That’s not to say there’s nothing for older generations to take from such a film, yet at the same time, this is a film that taps into the world of today through its visuals, aesthetic, characters and story, a chaotic mix of ideas as crazy as the world we live in.

While obviously not a mainstream hit even within its home country of Japan, the success it has had both at home and on the difficult-to-break-into international film circuit are a testament to the strengths of this film and how deserving it is of reaching a wider audience (that film circuit success also making the chances of an international release more likely). Whether this occurs or not, the quality of this film has placed this director on the map as someone very much worth keeping an eye on in the years to come.

Make sure to check this film out if you ever get the chance. I’m sure you won’t regret it.

We Are Little Zombies is out now in Japanese cinemas, and more information on the film can be found over on the official website.