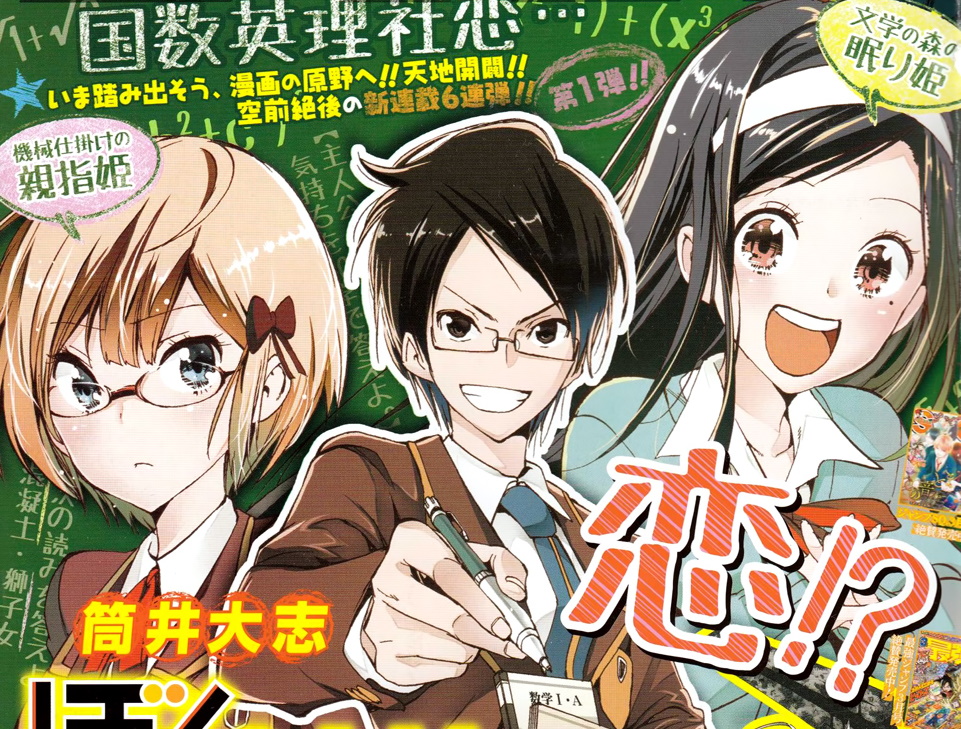 We’ve known for a while that Taishi Tsutsui’s We Never Learn (Boku-tachi wa Benkyou ga Dekinai) would be coming to an end. Back in March, the main storyline ended and the manga embarked on a series of ‘if’ side stories, depicting some of protagonist Yuiga’s possible relationships with the other girls. Fast forward nine months and it seems as if We Never Learn’s conclusion is just around the corner, for better or for worse.

Taishi Tsutsui recently revealed on Twitter that he has finished the storyboards for We Never Learn’s final chapter, saying, ‘No matter how many times I experience it, drawing a final chapter is hard and I often can’t lift my pen. Nevertheless, I’ll give it my all as we enter the last spurt.’

In doing so, he may have accidentally revealed a timeframe for We Never Learn’s conclusion: storyboards are usually completed two or three weeks in advance, so we may be looking at saying goodbye to Yuiga et al. before the end of this year.

When We Never Learn does finally leave the pages of Weekly Shonen Jump, the magazine will be left a little lacking as a result. This is because, alongside action and comedy, romance is a key subgenre that underpins the modern ‘kids’ lunch’ approach to manga magazine publication. It ensures that there is enough variety to satisfy every type of reader.

Historically, Weekly Shonen Jump has not been as overly focused on romance as, say, Weekly Shonen Magazine, but it is still a key part of the publication. This also makes romance the second subgenre on the verge of disappearing from Jump after sports. Whatever is Shueisha to do?

Well, that’s not entirely true. Ayakashi Triangle by Kentaro Yabuki has recently emerged as a popular new series and incorporates elements of romance into its premise with the relationship between Suzu and Matsuri. Yet, that series also has an action focus, making into less of a ‘straight’ love comedy along the lines of We Never Learn, meaning that nothing is really set to replace it after its conclusion.

In my mind, We Never Learn’s imminent conclusion is likely to lead to two possibilities: a focus on romance series in the next round of new serializations, or a slow drift on the part of Ayakashi Triangle towards more straightforward romance and filling the shoes of We Never Learn.

What do you think? Is that likely?

You can read We Never Learn for free via VIZ Media’s Shonen Jump.