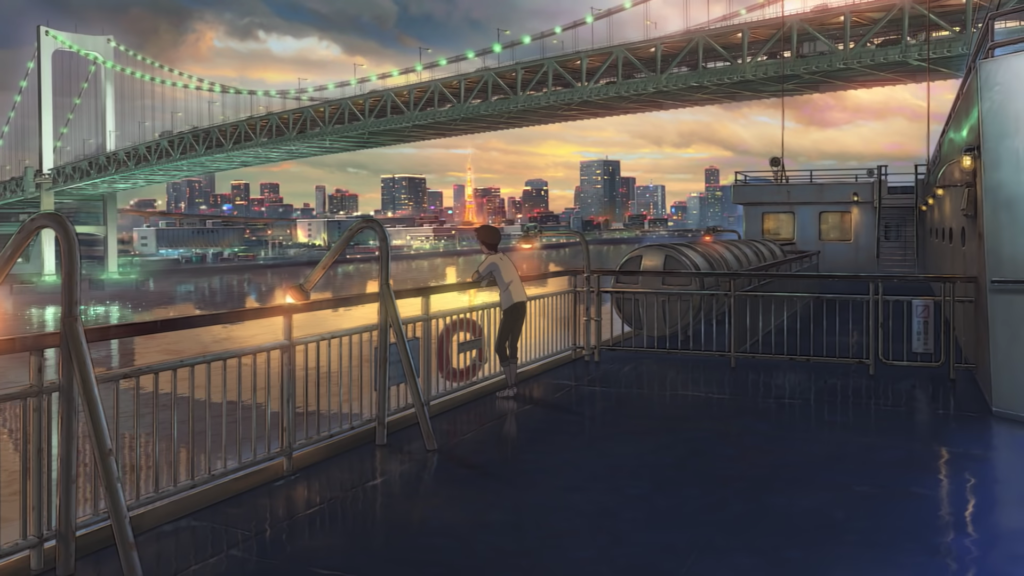 Animator and director Makoto Shinkai’s new film Tenki No Ko (Weathering With You) arrives in Japanese theaters on July 19. The movie, which follows Shinkai’s 2016 mega-success Your Name, is one of the most hotly anticipated of the year in Japan and by anime fans worldwide. Today, a new teaser arrived online. Watch it below.

The above clip arrives after a steady trickle of art from the film and hits YouTube exactly 100 days before the movie hits theaters. It builds on existing information about the plot, which follows a recent transplant to Tokyo who encounters a woman with magical abilities. The preview is just loaded with the type of image that fans of Shinkai go for, from detailed recreations of the Japanese capital to shots of people standing in the rain while clutching umbrellas. Shinkai’s visual flair looks to be just as dazzling as it was on Your Name based on first impressions.

The teaser also includes a new song from the Japanese rock band RADWIMPS. That group contributed various songs and the score for Your Name, a move that helped turn the already popular outfit into household names and made the driving “Zenzenzense” one of the year’s biggest hits. It isn’t too surprising seeing the two teaming up again — when I talked to Shinkai about it, he said RADWIMP’s “lyrics, in Japanese, were like nothing I’d heard before. They were so vivid.” — and the number included in the teaser, titled “Ai ni Dekiru Koto wa Mada Aru Kai,” sounds more on the ballad side, bringing to mind Your Name’s “Sparkle.” RADWIMPS put out a new album late in 2018, so this marks the next wave of new material from them.

Stay tuned for more details about Weathering With You as they become available.