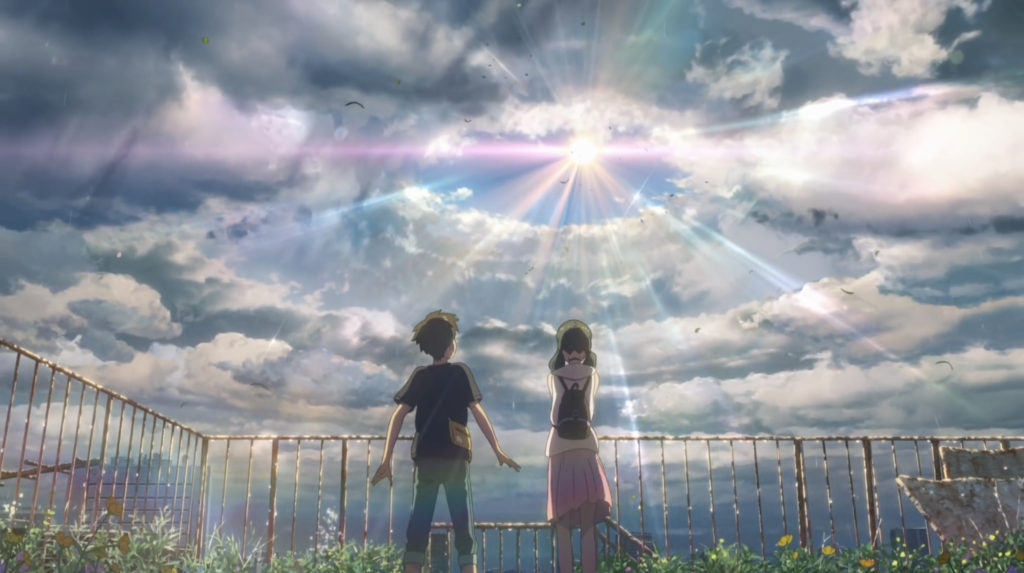 I can’t overstate how excited I am to see Makato Shinkai’s Weathering With You when it hits Japanese cinemas in just over 6 weeks time, considering Makoto Shinkai has been my favorite director since the days of 5 Centimeters Per Second. The excitement from cinemagoers for this film in Japan is palpable as well, and you can feel the anticipation for this film above any other set to release between now and the end of the summer. The movie is such a big deal, a brand new cinema set to open in Ikebukuro is pushing its grand opening week by noting the cinema will open to the public on the same day as the film’s release. As Weathering With You’s cinema release fast approaches, a second, new trailer for the film has been released showcasing the movie’s main theme by RADWIMPS and the film’s premise.

If I had to note one thing that slightly concerns me about the upcoming film, it would be that the film seems to be a bit too similar to his most recent project, the phenomenally popular Your Name. Often you can see a distinct visual evolution that evolves from film to film within Shinkai’s filmography, yet the visuals remain mostly unchanged here, and with RADWIMPS also making a return for the soundtrack for vocal and non-vocal music, the similarities continue. Not that that’s necessarily a bad thing, considering the amazing quality of Your Name. Even if it does remain broadly similar, with the success of the previous film it’s difficult to blame them for that, and it should still remain a strong film all the same.

As for the contents of the trailer itself, the trailer introduces us to the film’s premise, which follows the story of Hokoda, a boy who ran from his home on a remote island to live in Tokyo who works for an occult magazine, who meets Hina, a mysterious girl who has the power to stop the rain and control the weather. While keeping coy on some of the more specific details on the story, the trailer does a good job at introducing a lot of the characters while teasing some interesting developments in their story to look forward to.

Also, the music sounds incredible and you can bet I’m buying the soundtrack for this film when it releases.

The film is just over a month away and is set for release on July 19th, and I personally can’t wait to see more. Even if it does remind me a bit too much of Your Name and I do wish it was going for something more, it does look like very well-animated and strong movie nonetheless, and you can bet you’ll find me on opening day queuing at my local cinema to see it. If you live in the US, the film is set for release in early 2020 in cinemas and will most likely be released in other territories as well.