GKIDS Bring Makoto Shinkai’s Weathering With You TO U.S. Theaters In Early 2020 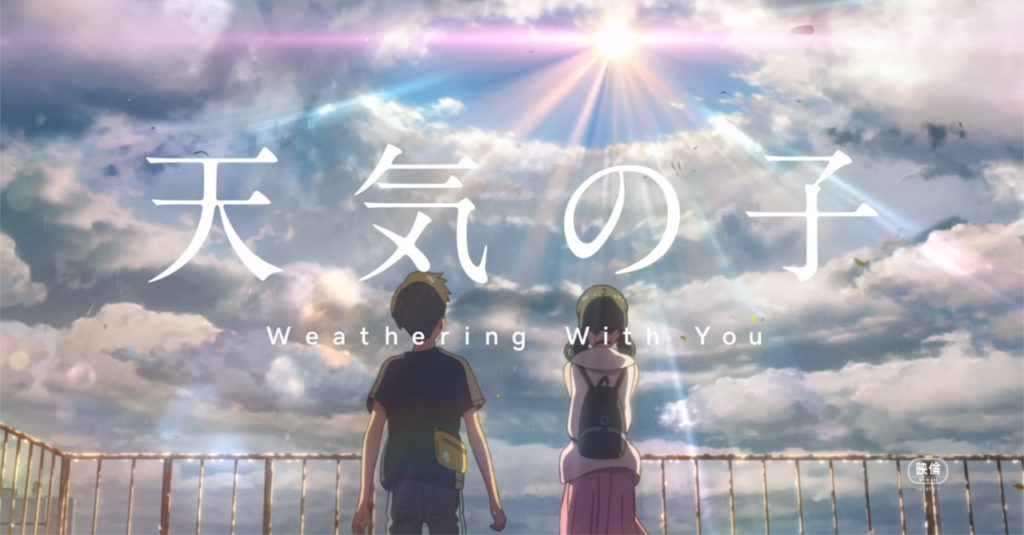 GKIDS continues their string of notable anime film theatrical releases in the United States by confirming one for the highly anticipated Weathering With You by Makoto Shinkai. The company stated the film would screen in early 2020 with both subtitled and English dubbed screenings of the movie. Follow up Your Name., the highest grossing anime film ever in Japan making a whopping $360 Million, this new film has big footprints to fill. Every Avengers movie does better than the last though so Shinkai and GKIDS could have that luck with Weathering With You, especially with all this advanced hype.

The synopsis of the film seems to be hitting some of the notes Your Name. Did. It centers around Hodoka, who leaves his small Island town and makes his way to Tokyo. However, he ends up spending most of his time isolated, quickly running out of funds and energy. The weather seems to always be downcast, with the rain reflecting his current state. Eventually, he meets Hina who has the mysterious power of stopping the rain and clearing up the sky. To me, it sounds like GKIDS has a hit on their hands as no one does slightly unconventional romance better than Makoto Shinkai.

Honestly, GKIDS has been absolutely crushing it recently. They’ve become the main licensor for the near entirety of all Studio Ghibli movies, running curated selections of the films all over The United States every year. They re-released Satoshi Kon’s seminal Perfect Blue in theaters and on Blu-ray last years too. The company has even confirmed that they are releasing a film I’m very much looking forward to, Children Of The Sea later this year. Not to mention their involvement with Masaaki Yuasa. While the run for Weathering With You starts in 2020, they’ll actually hold a few select screenings in 2019 for Oscar nomination purposes.

GKIDS is bringing Weathering With You to U.S. Theaters early next year.

GkidsMakoto ShinkaiWeathering With You
Join Our Discussions on Discord
Join Now