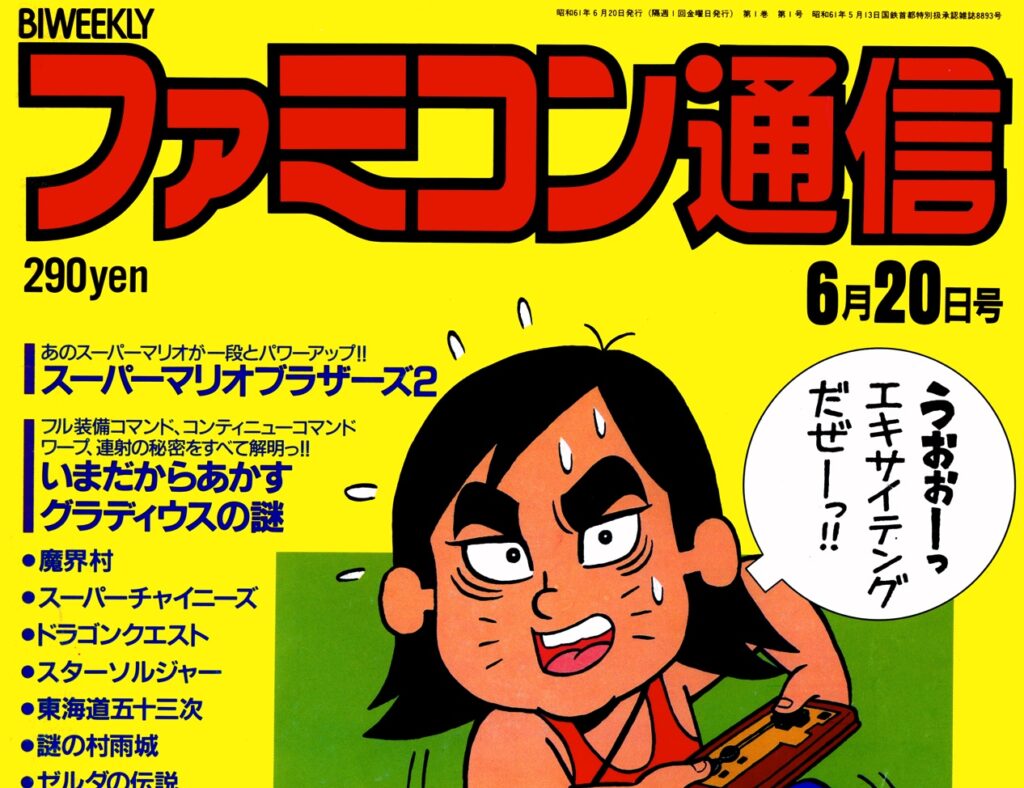 Weekly Famitsu is one of the world’s longest-running Japanese gaming magazines, but have you ever wondered where it all began? Gaming has changed almost beyond recognition since the early days of the Famicom, and yet Famitsu magazine has been publishing regularly ever since then into the modern-day. The magazine has had staying power as it resonated with gaming fans eagerly seeking a glimpse of the latest and greatest upcoming gaming releases and to find a way to indulge in a hobby they enjoyed. Of course, for such a magazine to stay in operation as long as it has the magazine would have to go through a lot of changes. An online preservationist known as Gaming Alexandria has preserved Weekly Famitsu issues 1, 2 and 3 online, providing an invaluable glimpse at the iconic gaming magazine’s humble origins.

Although the magazine is now known as Weekly Famitsu, when issue 1 was first published the magazine went under a different title: Bi-Weekly Famicom Tsuushin. As you may guess from the title, unlike nowadays this magazine was published every fortnight instead of every week, with an exclusive focus on the Nintendo Famicom system. Still, the logo is recognizable and has only really changed to accommodate the change in magazine name, making this unmistakably the first issue of Weekly Famitsu. Even factoring in inflation the cost of the magazine has shot up since the time of its population, although the scale of the magazine has increased since then as well. While this first issue of Famitsu could be purchased by anyone for just 290yen, the equivalent of roughly 346yen today, a modern issue of Famitsu will set you back around 550yen. 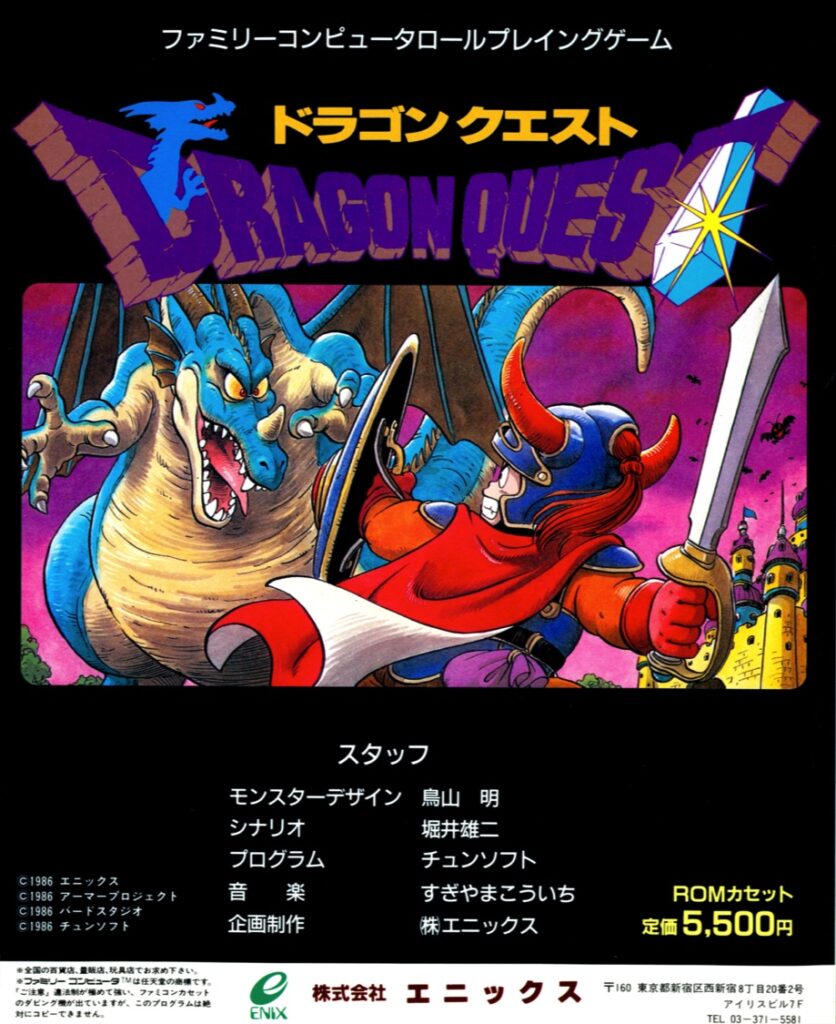 Top games featured in the magazine feel both like a blast from the past and a celebration of a golden age of the Famicom’s lifespan. Super Mario Bros 2 (The Lost Levels internationally) and Gradius are the main titles featured in this inaugural issue, but the original Dragon Quest, The Legend of Zelda, Dig Dug II and more are all covered in these opening issues.

Opening up Bi-Weekly Famitsu issue 1 and moving beyond the artistic advert for the forgotten Square title King’s Night gets you to the magazine’s content itself, where the most surprising thing is how much the content of the magazine has remained structurally consistent throughout the magazine’s lifespan. The sales top 30 chart was a prominent feature of the magazine even here, with sales figures recorded from the major department stores in Japan and used to compile a list of the games most people were buying at any given time. The Famicom title based on the popular Gegege no Kitaro manga and anime series was topping the charts above Super Mario Bros in this chart, with Mighty Bomb Jack rounding out the top 3. The reader’s choice chart also exists here all the same, though perhaps the more amusing and interesting inclusion of note here is coverage of the sales and release of the NES in North America, where discussion of the console’s different design and top games receives prominent space within the issue. 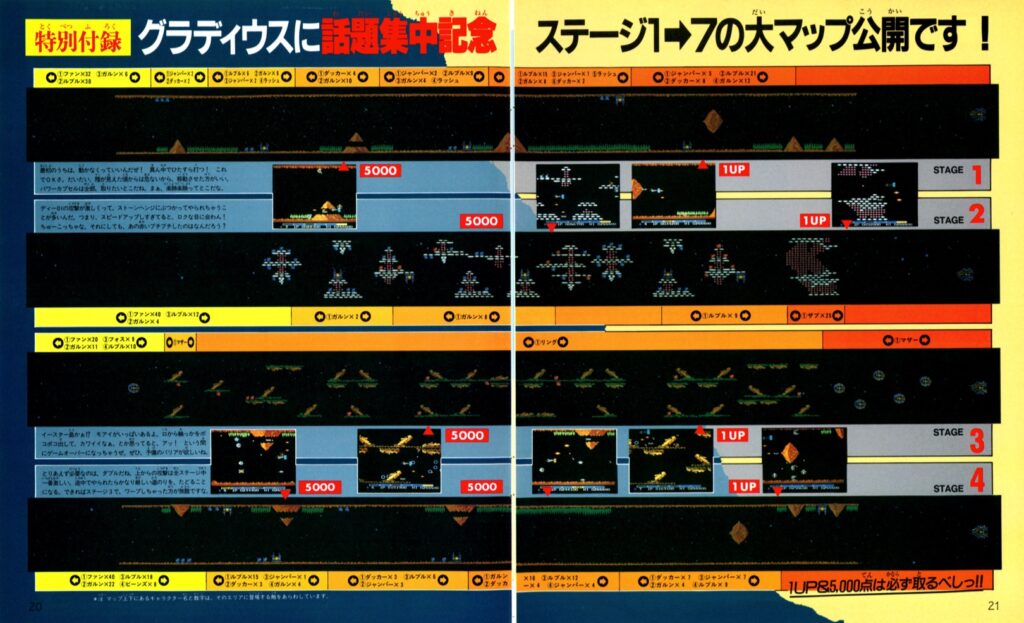 Gaming tips include a page for Gradius that features the famous Konami code and the benefits it gives the player when used and more, with arguably the coolest inclusion being huge double-page spreads of the stage layouts for stages 1-7 of Gradius with markers for score bonuses and 1-ups, perfect for those struggling to beat the game and an amazing look at how each level looks from a fully-zoomed out perspective. 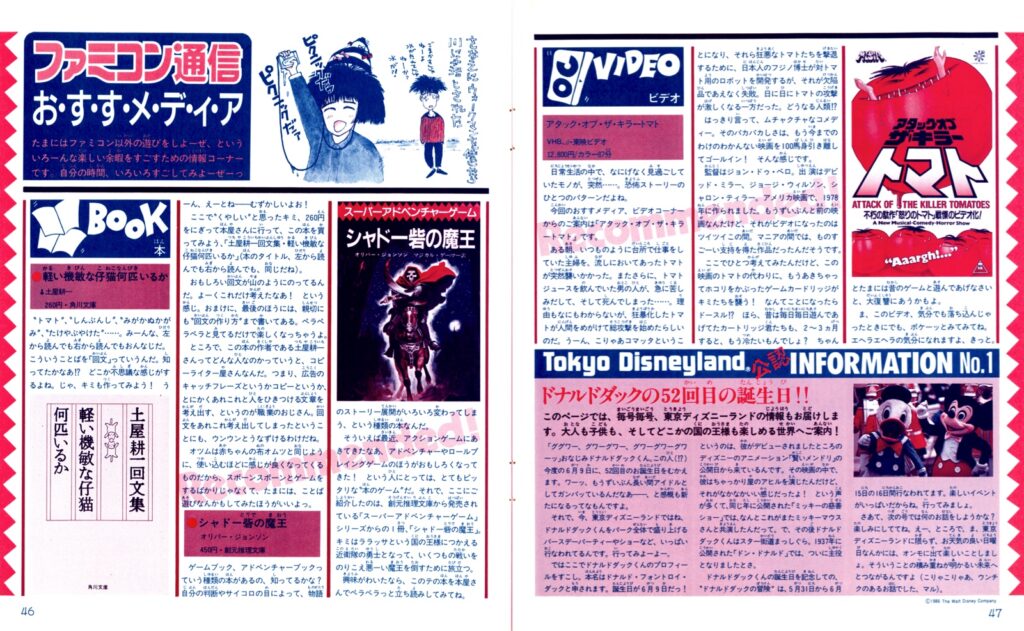 Archiving like this gives us a chance to look back on is how the games are covered and what is said, alongside the features of these magazines that don’t exist anymore. Osusu-media (Recco-media) is an interesting section that recommends non-gaming media and content for readers like Attack of the Killer Tomatoes, and even includes a section covering the newly-opened Tokyo Disneyland. Content like this is more reflective of the time these magazines were published, a time when the internet wasn’t prevalent and therefore information on hot new movies and items was mostly gleamed from positive magazine coverage. The content of the writing also reads far less professionally, which isn’t a bad thing, and adds to the community feel the magazine had in these early days. 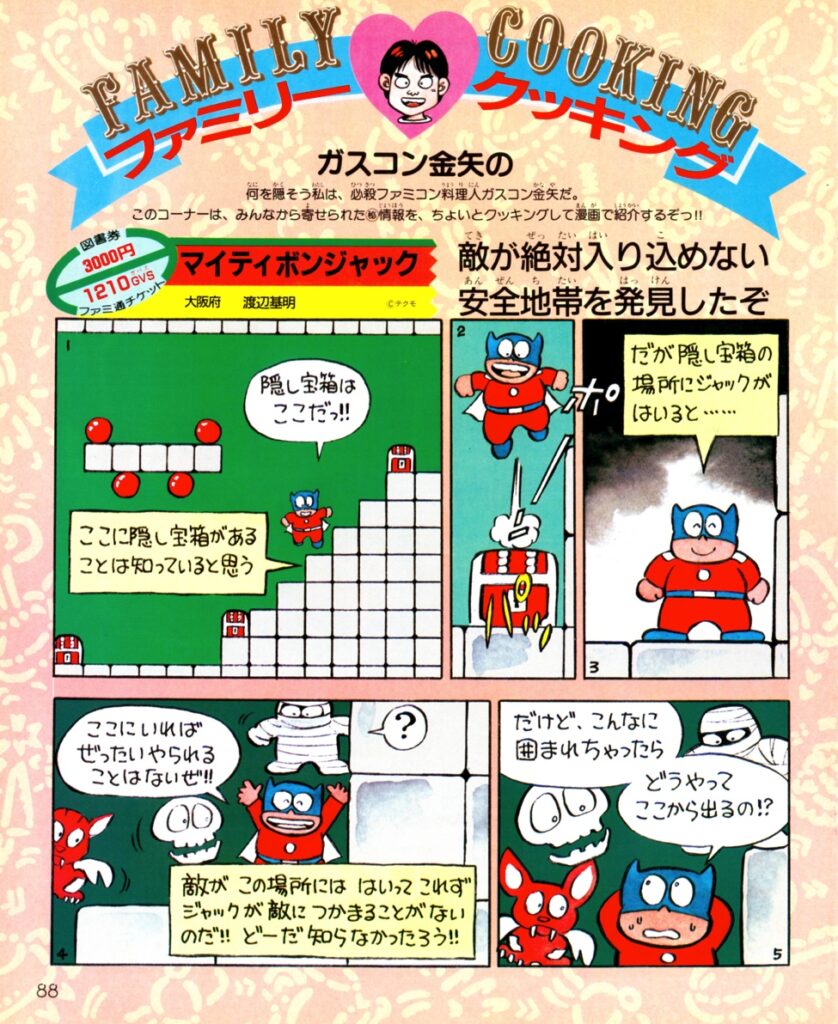 When the magazine steps away from purely covering the latest games or guides and instead offers a look at games development or interviews, this is where the magazine is most interesting from a historical perspective. The interviews are interesting, comics based on games like Mighty Bomb Jack give comedic looks at classic games that also play into the imaginative nature of their existence and how many took the limited technical capabilities of these systems and their experiences to imagine new scenarios and flesh out the worlds inside their heads. A Q&A section could see fans asking how to mash buttons quicker and the responses from the magazine writers can range from more joking responses to serious tips, all written in a more friendly communicative style.

It’s more reflective of the time these magazines were made. The games industry was far smaller at this time and far more grassroots, and it’s seen in how coverage from Weekly Famitsu issue 1 and also in later issues was made. As the industry has changed, so has the magazine, and it’s difficult to contextualize just how large that shift has been without going right back to the very beginning. 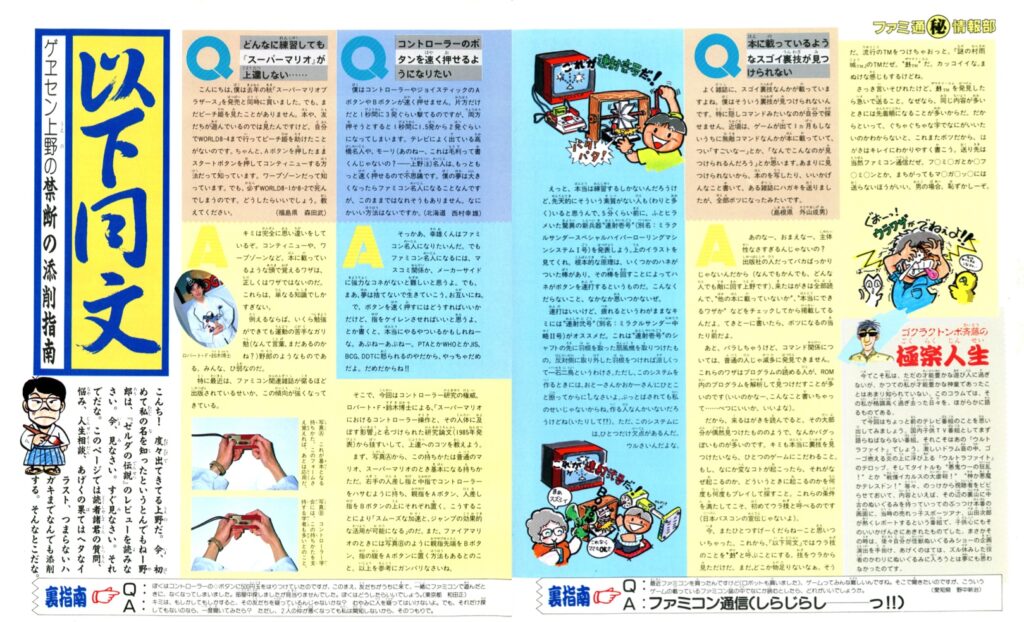 Questions on how to archive communities like gaming, where preservation is minimal, and online communities, where content like Geocities is erased without trace from the internet, is going to become an issue that requires further consideration as time goes on and we reconsider our understanding of the history of modern entertainment. Preservation of things like this, in higher quality, more complete forms than previous preservation attempts, is just one of the things necessary in this regard.