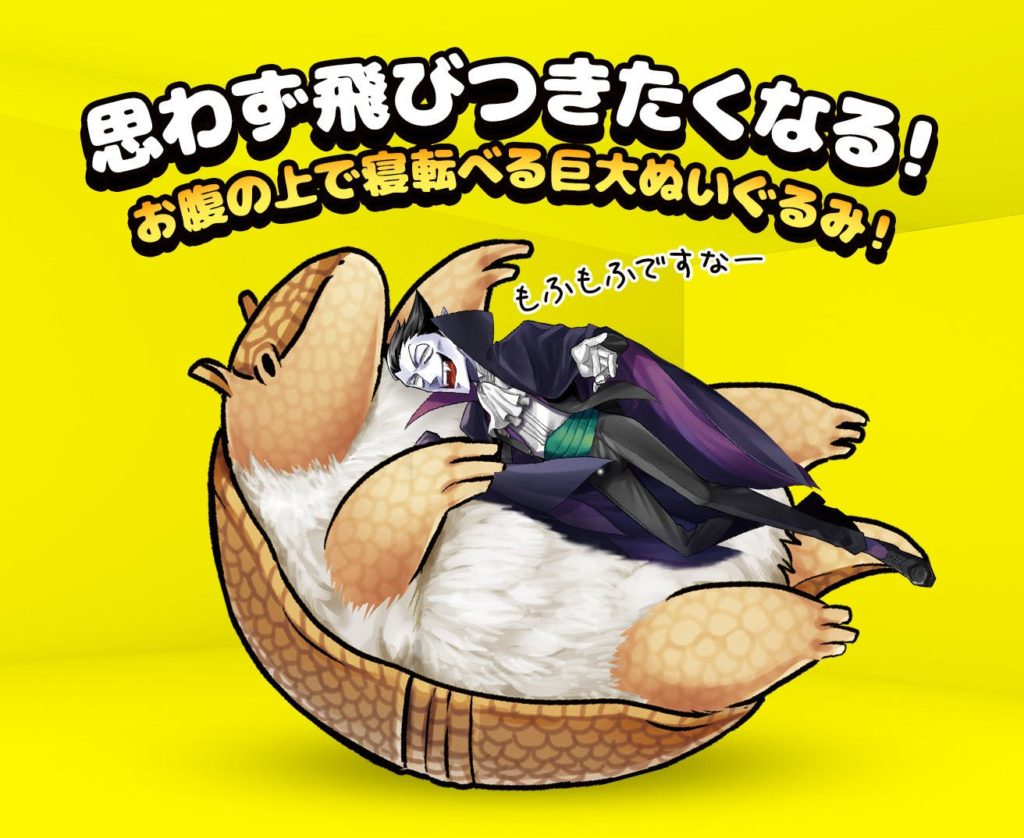 Akita Shoten’s Weekly Shonen Champion manga magazine is celebrating it’s 50th-anniversary this year, and they’re keen to give fans a direct input into the festivities. Part of this includes an ambitious crowdfunding campaign for various ‘dream projects’ that authors of some of the magazine’s biggest properties have come up with, which was suspiciously devoid of details when the site first opened earlier this week. But thankfully, more concrete details for the various crowdfunding campaigns have emerged following their initiation on May 16.

Some of the details of the various ‘dream projects’ have been changed following the campaign’s initiation, allowing backers a clearer idea of what their money is going towards. It has been specified that Yowamushi Pedal author Wataru Watanabe’s big Midousuji Akira statue ‘dream project’ will be made out of ‘balloons,’ and that the giant John ‘dream project’ from The Vampire Dies in No Time author Itaru Bonnoki will be a ‘giant plushie’ that fans will be able to climb and take photos on. No significant change, however, has been specified for BAKI the Grappler author Keisuke Itagaki’s georama ‘dream project.’

Furthermore, details on how much money is needed to fund the crowdfunding campaigns have been shared. Weekly Shonen Champion is asking for 2,300,000 yen for the Yowamushi Pedal project; 1,500,000 yen for the BAKI the Grappler project and 2,000,000 for The Vampire Dies in No Time project. Considering the scope of the projects – literally gigantic in nature – this goal certainly isn’t unreasonable.

Weekly Shonen Champion is also using the Japanese crowdfunding site Camp Fire for the 50th-anniversary projects, which gives us some specifics on returns and funding criteria. The site functions much like the western Indiegogo, in that the money will be taken from backers by the project regardless of whether it meets its funding threshold or not.

The realization of these 50th-anniversary projects isn’t the only thing on offer, however. Backers will also receive various rewards, including exclusive illustrations, manuscripts and even tours of the mangaka’s workplace, in return for backing the project. Presumably, even if the project itself isn’t funded, backers will receive these rewards anyway – at least, you’d hope so if Weekly Shonen Champion intends to take the money regardless.

Not that the 50th-anniversary projects will probably have any problems reaching their funding threshold, mind you. As of the time of writing, only the BAKI georama project hasn’t reached its funding threshold. With 29 days left to go though, I’m sure that Itagaki will have his ‘dream’ fulfilled eventually.