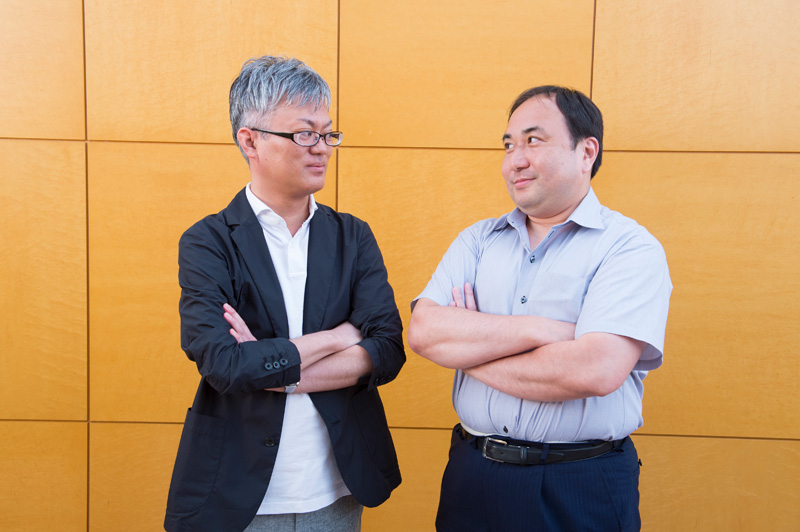 Weekly Shonen Champion is celebrating its 50th anniversary this year, and they’re keen to share the festivities with everyone. To this end, Weekly Shonen Champion editor-in-chief Takekawa Shingo is sitting down with the editors of the other three main weekly shonen magazines (Jump, Magazine, Sunday). This week, Takekawa sat down with Weekly Shonen Magazine chief Kurita Hirotoshi in a surprisingly candid and enlightening discussion about the world of manga.

The interview opened with both men reaffirming what Takekawa stated in his last discussion with Weekly Shonen Sunday editor-in-chief Ishihara Takenori, that the various chiefs see each other less as ‘rivals’ than they do as ‘comrades.’

In fact, the level of comradeship between Weekly Shonen Champion and Weekly Shonen Magazine seems to be far more profound than it does between Champion and Sunday, as it turns out that Takekawa has actively supported Magazine manga in the past – leaving a supportive comment in volume nine of Tokyo Revengers, one of Magazine’s biggest currently running series.

Magazine chief Kurita Hirotoshi was also keen to share his own knowledge with his ‘comrades,’ as he handed over a copy of Textbook for Manga Editors: How to Get No. 1 in the Surveys, which is supposed to be for Kodansha internal use only. All of this and the two editors hadn’t actually ever met before the discussion.

Perhaps this all comes from Kurita’s seemingly good-natured personality, which is especially apparent when compared to the more serious Takekawa.

Kurita was quite happy to poke fun at himself during the discussion, as he revealed that three of the series he supervised during his time as an editor were featured in an article titled ‘Number of Character Deaths Best 5.’

Weekly Shonen Magazine is somewhat famous for its harem manga, which Kurita Hirotoshi professed his love for during the discussion.

Magazine’s specialization in such field of manga lead Takekawa Shingo to describe it, much like he did with Weekly Shonen Sunday, as “An older kid in the neighborhood who teaches us new things. Things that are a little naughty, a little bit perverted, things that might get us scolded by our parents.”

Weekly Shonen Champion, on the other hand, has always been known for its more ‘edgy’ series that take more risks. Kurita brought up specifically the example of the currently running Rokudou no Onna-tachi, which follows a harem made up entirely of delinquents.

Due to his magazine’s reputation, Kurita that he probably wouldn’t have given Rokudou no Onna-tachi a serialization in Magazine – he wouldn’t have been able to take the risk given the series’ unorthodox visual style, whereas Champion was willing to give it a go. 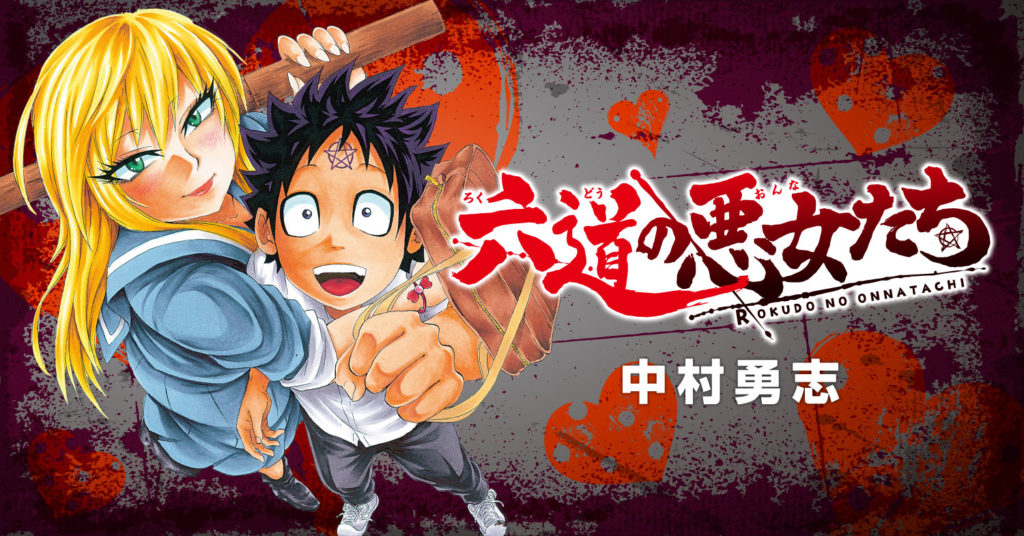 Why each magazine operates so differently often comes down to differences in the editing and production process, to which Weekly Shonen Champion and Weekly Shonen Magazine are no exception.

In terms of the role of the editor-in-chief, Kurita Hirotoshi said that he often makes the decision to take on or cancel serialization in isolation, whereas Takekawa Shingo often takes those types of decisions alongside three or four other senior members of staff.

However, as Takekawa admitted, this more conciliatory approach does mean that he’s often pressed into making decisions he doesn’t fully agree with, or giving things a pass for the sake of diplomacy – the serialization of Rokudou no Onna-tachi being one example of this that turned out well for the magazine.

Perhaps Kurita prefers to take more of a top-down approach when compared to Takekawa because taking on a series is often much more final over at Magazine, as – unlike Champion – they don’t tend to run one-shots and therefore can’t do a ‘test run’ with new series over a short period of time.

This might mean that Magazine often has a more consistent series compared to Champion, but also poses many problems in itself.

More concretely, Kurita expressed regret at the fact that, even though Magazine will be celebrating its 60th anniversary soon, they’re struggling to ‘revive’ old series and explore the publication’s legacy as they are locked into the long-form serialization structure. 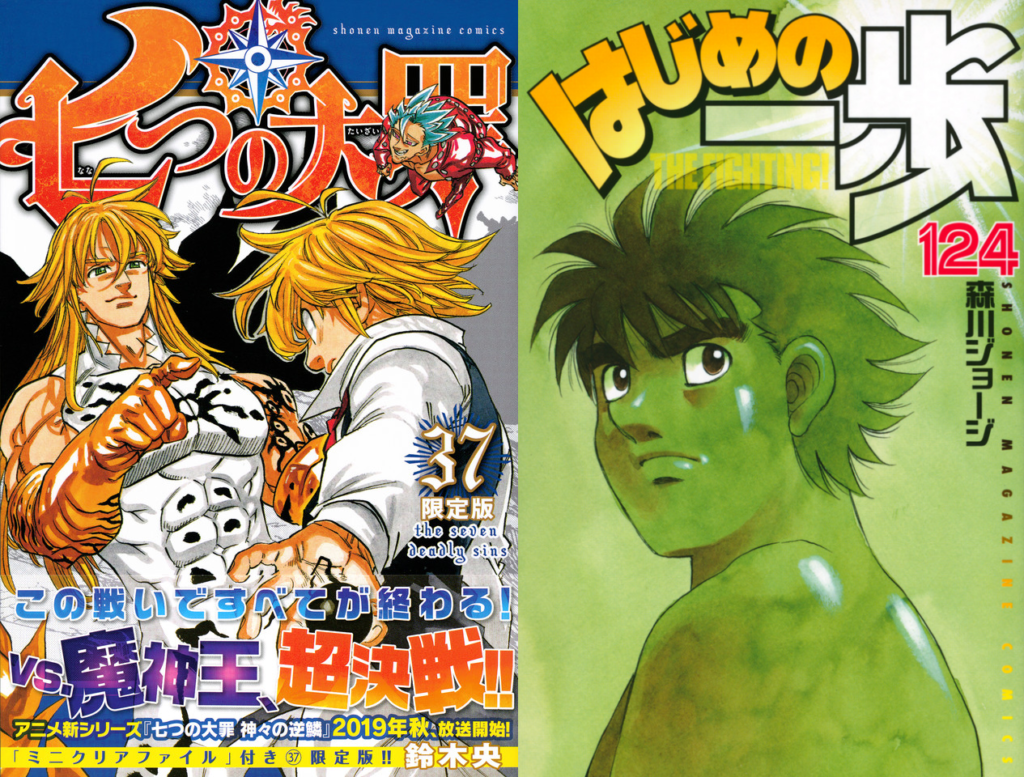 Even so, it is true that the production process over at Magazine does tend to produce more long-term hits such as The Seven Deadly Sins and Hajime no Ippo, to name but a few. Meanwhile, Champion has a much more ‘scrappy’ image, often trying out wild new things.

Takekawa Shingo professes that his Champion magazine is much less interested in “hits,” that is to say successful series, then it is in “home runs” – that is to say, in masterpieces that go on to define a generation.

Indeed, in the past, Champion has been home to such classics as Osamu Tezuka’s Black Jack and Go Nagai’s Cutie Honey, and is, even now, currently running such excellent manga as BEASTARS by Paru Itagaki. 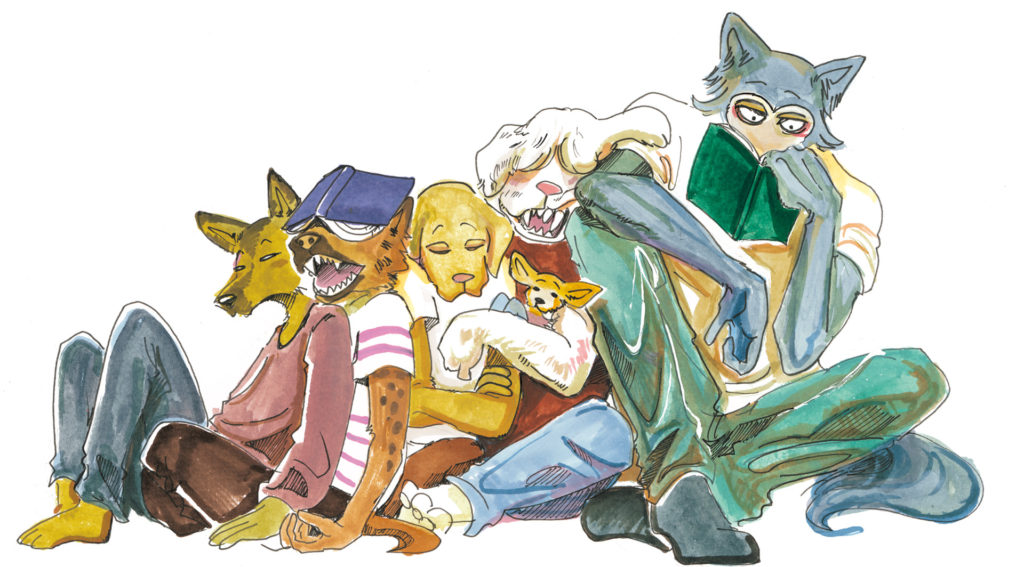 The different aims of the magazines are, once more, reflected in how they produce and manage their manga. More specifically, over at Magazine, there are often two editors to one manga, which allows for more opinions on how to sustain and develop a series over a long period.

Meanwhile, Champion often only employs one editor for one manga, meaning that we get to see perhaps a more ‘unfiltered’ version of the author’s original vision.

That being said, both Kurita Hirotoshi and Takekawa Shingo are conscious about not just the quality of each of their series, but also about the overall composition of the magazine itself. Both professed adherence to the ‘kids lunch’ theory, that is to say, the theory that assembling a wide variety of series will, in turn, lead to a wide appeal across the shonen demographic.

But by far the most interesting theory cited was the ‘Kabemura three series theory.’

Kabemura Taizo was also mentioned in the last discussion, which is beginning to highlight what a massive impact the two-time Weekly Shonen Champion editor has had on the manga industry as a whole.

It’s by assembling so many different series in a ‘kids lunch’ style arrangement that both Weekly Shonen Champion and Weekly Shonen Magazine editors hope to give each reader three series that they want to read, and therefore boost their sales.

Even so, the prospects of paper manga magazines aren’t exactly looking positive. Circulation numbers for magazines have, in general, been dropping year after year, and this is causing both editors to seriously consider the future of their respective institutions.

We’ve already seen how Weekly Shonen Magazine hopes to secure their future with the ‘School of Manga’ project, which saw Magazine and Jump team up for an unprecedented collaboration.

This project aims to encourage younger readers to get into manga by ‘game-ifying’ the process of reading manga, therefore hopefully boosting the number of young manga readers, which is not only the fastest falling demographic but also the main demographic that both magazines are geared towards.

Champion hasn’t had the opportunity to embark on such an ambitious project to address this problem as of yet, but Takekawa Shingo was nevertheless keen to emphasize how much they have been focusing on digital publication and smartphone apps in recent years, in an attempt to capture the increasingly digital-only new generation.

When it comes to digital media however, it’s clear that Magazine, or rather their parent company Kodansha, is much more proactive. They’ve been serializing webcomics published on such platforms as Twitter like crazy in the past couple of years, both in Magazine itself as well as their digital Magazine Pocket. 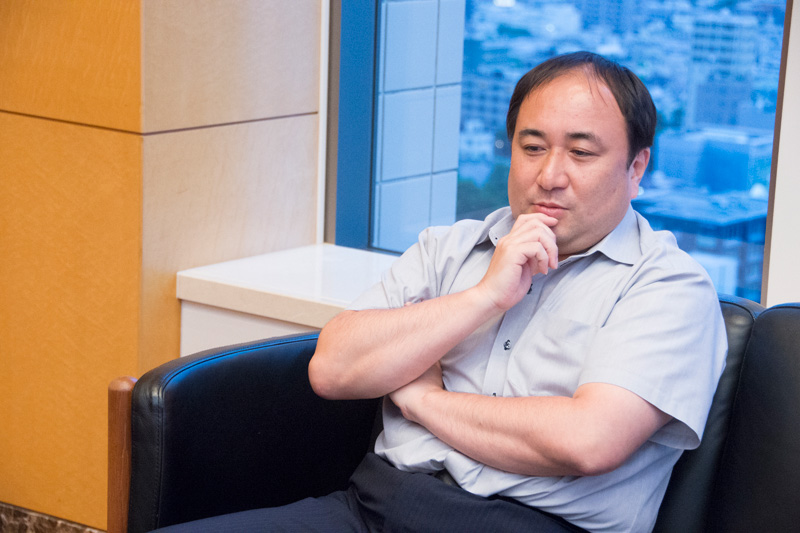 According to Kurita Hirotoshi, this is a conscious move on the company and magazine’s part. Editors over at Magazine now keep a close eye on such platforms as Twitter for up-and-coming webcomics and artists, often reaching out directly when they reach around 5,000 retweets.

Even so, Kurita is quite aware of the problems of this approach. As he says, these mangaka often produce manga that are focused on two characters in very specific situations, and therefore often don’t have much long-term potential as a serialization. And even if they did, many of the mangaka are too inexperienced to be able to draw out that potential.

That’s why the editors over at Magazine take a more proactive approach in nurturing these series and their creators, helping them to add ‘depth’ to make sure they’re up to scratch as a proper serialization. Magazine’s unusual two editors, one mangaka system also no doubt comes in useful to this end. 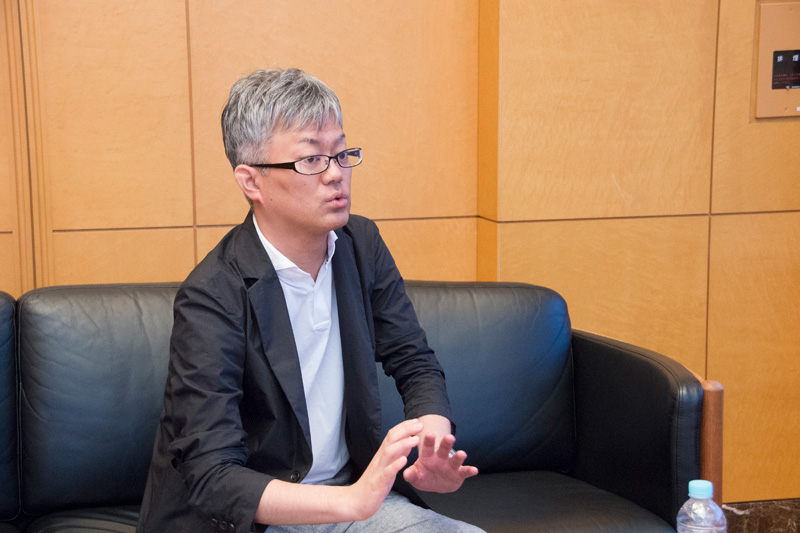 While Champion doesn’t take this same approach, it’s quite clear that there’s quite a lot for the two editors to learn from each other. Hopefully, by sharing information and expertise, the world of shonen magazine can continue to grow and expand so that it can keep on delivering fun and thrills to fans, young and old, all around the world.

Weekly Shonen Champion editor-in-chief Takekawa Shingo is set to finally set with down with the editor of the biggest weekly shonen magazine of them all, Weekly Shonen Jump’s Nakano Hiroyuki, at the end of July. Don’t miss it!