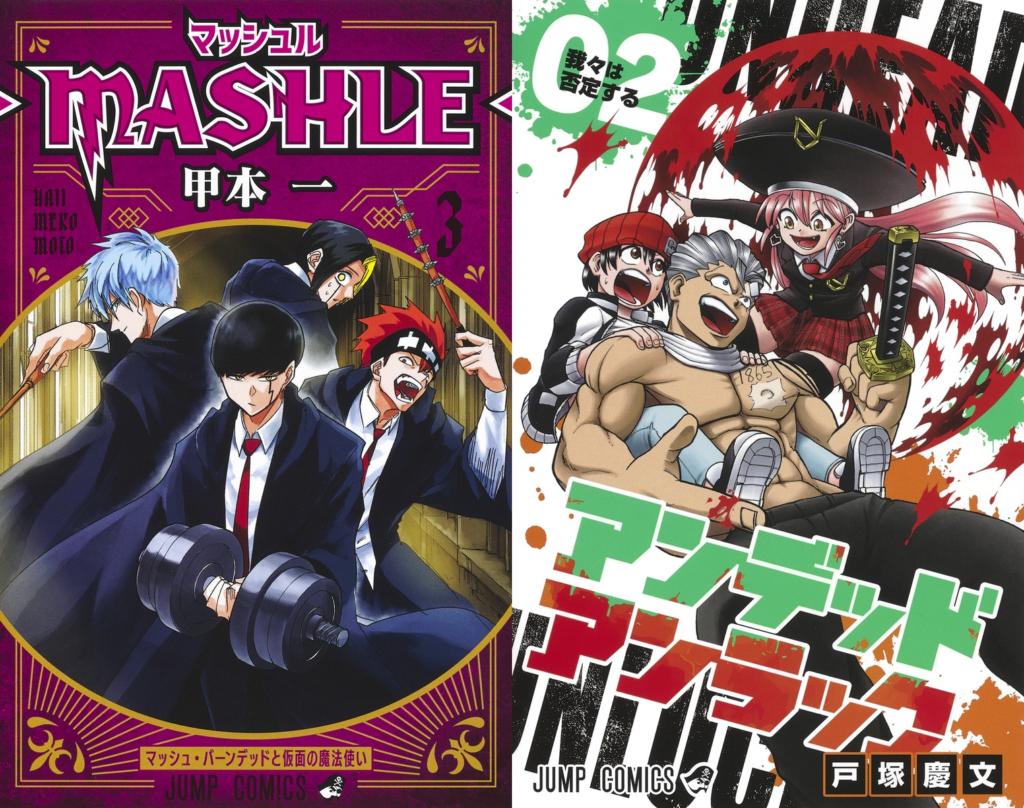 Weekly Shonen Jump is running a special BOOST campaign to promote its up-and-coming series, namely MASHLE and Undead Unluck. The two series will be receiving the front cover for the next two issues, as well as special merchandise and illustrations from their respective authors – pleasing fans and hopefully cementing their status as some of Weekly Shonen Jump’s brightest and best.

MASHLE and Undead Unluck were already doing well enough without this BOOST campaign. The latter series, penned by Yoshifumi Tozuka, won the print category of this year’s Tsugi ni Kuru Manga Awards, and MASHLE’s volume sales (penned by Hajime Komoto) continue to surprise and astonish. Alongside the 21,800 units figure for volume 2 as previously reported, the announcement came in September that both volume 1 and volume 2 would be reprinted – a rarity for newly debuted series. Indeed, these two are well on their way to becoming Shonen Jump superstars.

But what about the others? Many have pointed out that Weekly Shonen Jump’s BOOST campaign misses out some series that might appreciate the effects of said boost, such as Mission: Yozakura Family. While that series is selling fairly well, it has not attracted nearly the same level of hype as Undead Unluck and MASHLE.

This makes it clear that the Weekly Shonen Jump BOOST campaign is less of a promotional effort than it is a capitalisation effort. Instead of trying to gain more exposure for new series, Shueisha is merely trying to capitalize upon the exposure that some have already gained – that’s not necessarily a bad thing, but useful to bear in mind.

Still, MASHLE and Undead Unluck fans will be eating good. While there isn’t much information on what sort of special merchandise Weekly Shonen Jump’s BOOST campaign is preparing, glimpses of illustrations for both series can be seen thanks to leaks of next week’s issue no. 44. You can find more information via the official Shonen Jump website when the latest issue releases on Monday.

MASHLE and Undead Unluck are both free to read in English via VIZ Media’s Shonen Jump.